Chelsea cannot catch the likes of Liverpool and Manchester City until they sign a new goalkeeper, according to Reds legend Steve Nicol. Chelsea boss Frank Lampard is in the market for a goalkeeper after Kepa Arrizabalaga fell out of favour last season. Arrizabalaga remains the most expensive goalkeeper of all time following his £71.6million move from Athletic Bilbao in 2018.

But the Spain international was dropped twice by Lampard last season, most recently for the crucial final Premier League match of the campaign against Wolves.

Willy Caballero, 38, was given the nod ahead of Arrizabalaga by Lampard.

Nicol believes the fact Caballero was picked ahead of Arrizabalaga shows the latter has a “horrible attitude”, because ability-wise he is “way ahead” of the Argentine.

Chelsea finished fourth last season, 33 points behind champions Liverpool, but have spent big on the likes of Timo Werner, Hakim Ziyech and Ben Chilwell this summer. 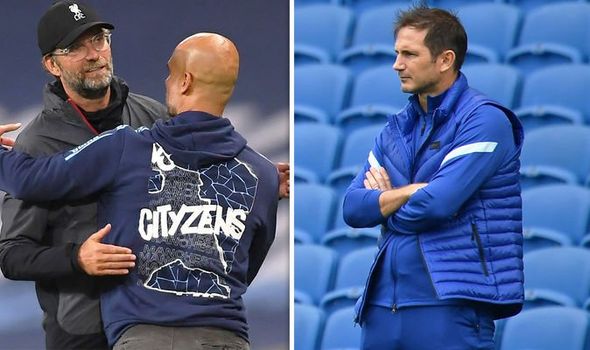 However, Nicol thinks those signings will count for nothing if Lampard does not sign a new goalkeeper.

Asked if Chelsea can challenge Liverpool or City with Arrizabalaga in goal, Nicol said on ESPN FC: “No I don’t think so.

“You kind of wonder how they’re going to get one because they can’t go out and spend a lot of money on a goalie the way they did for Kepa and you have to think this is down to Kepa.

“He must have a horrible attitude because there’s no question, as far as ability as a goalkeeper, he’s way ahead of Caballero. So this guy must have a rotten personality.

“Clearly Frank isn’t putting up with it and that’s why Caballero’s playing.

“So, unfortunately for Chelsea, you’re not challenging at the very highest level if you don’t have a good goalkeeper.”

Meanwhile, Chelsea technical director and legendary former goalkeeper Petr Cech has hinted the club could sign a new stopper but says they still have faith in Arrizabalaga.

“But the club invested in him and gave him a long-term contract because they believe he has the qualities and attributes to be successful.

“Additions will be made to the squad, perhaps even in goal, and this is what is being discussed now. But nobody is giving up on Kepa and we all hope he has a great future.”