‘He always tries to drum into us to think like a 30-year-old’: Conor Gallagher reveals England U21 boss Aidy Boothroyd wants them to play ‘maturely’ in bid to avoid scares ahead of next summer’s Euros after going behind to Andorra in recent qualifier

The Chelsea midfielder, 20, helped the Young Lions to a 3-1 win over Andorra at Molineux on Friday.

The visitors threatened a shock after Gallagher, on loan at West Brom, conceded a penalty for Christian Garcia to cancel out Curtis Jones’ opener. 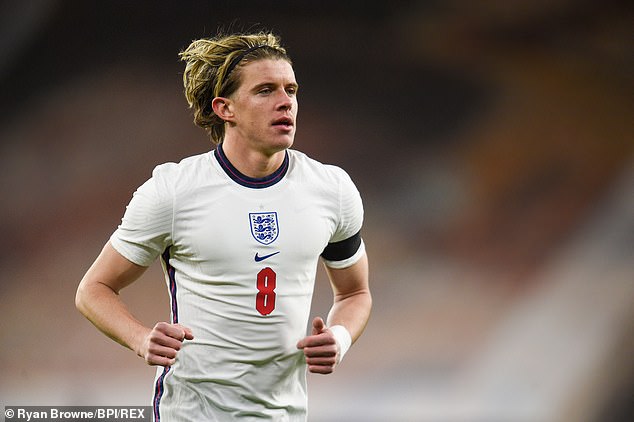 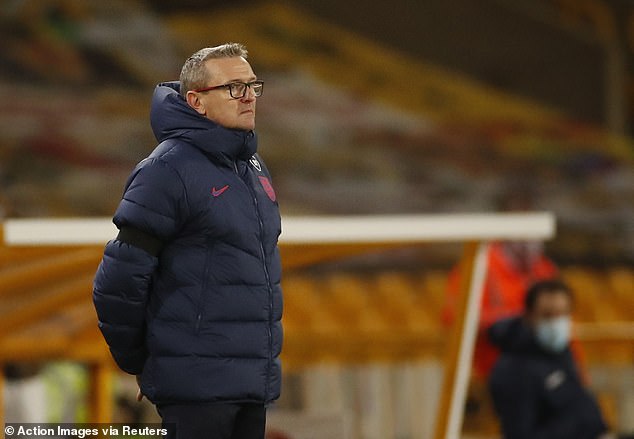 Ben Wilmot’s header and Callum Hudson-Odoi’s penalty earned victory for England and Gallagher knows there is work to be done ahead of Euro 2021.

‘He (boss Aidy Boothroyd) always tries to drum into us to think like a 30-year-old,’ he said, with England having already booked their spot at next year’s tournament.

‘We’re all 20, 21 and even younger, but he wants us to play maturely and with experience which a lot of us do have. So there’s definitely still learning for us.

‘The amount of young English talent around the country is amazing.

‘We have 17-year-olds in our squad. There is a lot of competition but it’s all healthy. When you get a chance to show what you can do, you have to take your chance.’

Jones opened the scoring before Garcia levelled from the spot after Gallagher brought down Eric Izquierdo in first-half injury time.

Wilmot headed in three minutes after the break and Hudson-Odoi’s penalty, after Rhian Brewster was fouled, wrapped up the points in the Group Three clash. 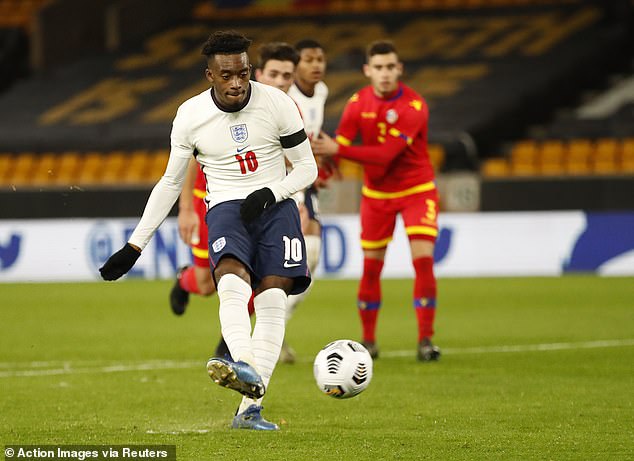 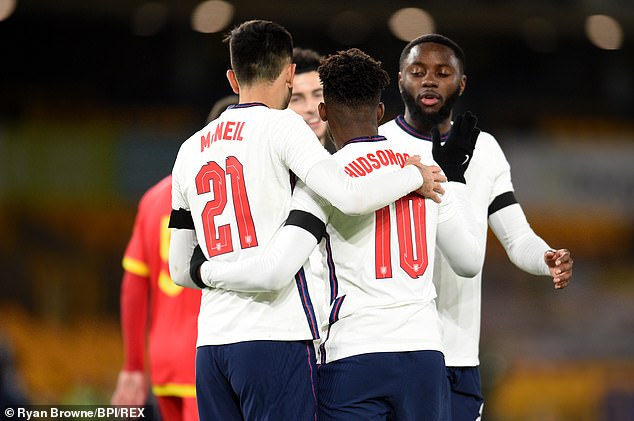 But boss Boothroyd insisted his team must improve on breaking the opposition down ahead of next year’s tournament in Hungary and Slovenia.

He said: ‘We worked really hard in trying to get in against a low block. We are going to play against more teams like Andorra.

‘With the ball we’ve got to be able to break down a low block. It doesn’t come overnight, it takes time. Their goalkeeper has made a lot of saves and it’s something we’ve got to keep working on.

‘It’s about personnel as well, if we’ve got someone like Dwight McNeil who can cross the ball as he can then we’ve got to keep getting it to those players. The more we work on it the better we can improve.’

Most successful academies in football ranked – including Man Utd and Chelsea

Owen’s Premier League predictions including Man Utd, Liverpool and Arsenal
Recent Posts
This website uses cookies to improve your user experience and to provide you with advertisements that are relevant to your interests. By continuing to browse the site you are agreeing to our use of cookies.Ok