Get the cash out, Todd! Chelsea’s new owner Boehly will begin planning for the club’s summer spending this week and A-list signings are on the agenda… with Thomas Tuchel insisting uncertainty must be ‘solved’

Chelsea’s new owner Todd Boehly watched Chelsea slump to a 2-2 draw with Wolves at Stamford Bridge but will begin the work of planning the club’s summer spending this week, with talks on new deals for Mason Mount and Reece James top of the agenda.

Boehly and his partners agreed a £4.25billion deal to buy the club from Roman Abramovich in the small hours of Saturday morning. And now they are expected to push for A-list signings this summer to announce their arrival, the strategy he pursued with co-owners when be bought the LA Dodgers in 2012 and is keen to begin work as soon as possible.

Chelsea are already playing catch-up in the transfer market, having lost players such as Antonio Rudiger and Andreas Christensen to Real Madrid and Barcelona, during their sanctioned period which has prevented them for discussing financial deals. 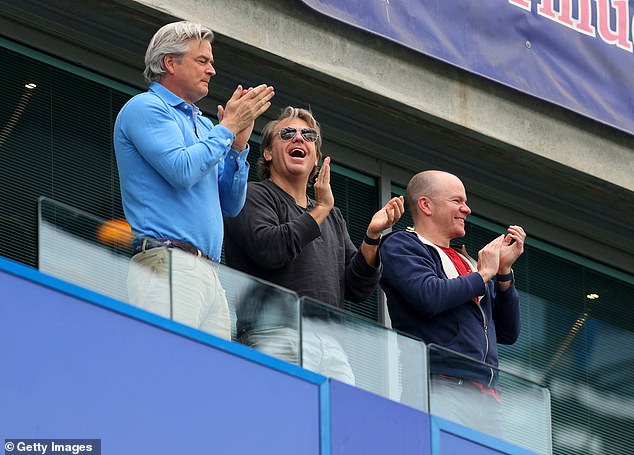 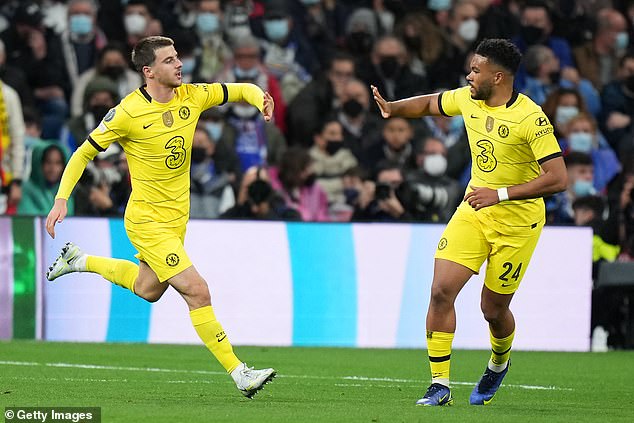 The Premier League has already assessed Boehly and his co-owners, Clearlake Capital, his LA Dodgers partner Mark Walter and Swiss medical device billionaire Hansjorg Wyss as well as Jonathan Goldstein and non executive directors Lord Finkelstein and Barbara Charone. They will all pass the owners’ and directors’ test.

But the UK Government still has to amend the terms of the licence under which Chelsea can be sold because of the sanctions imposed on Abramovich. That is expected to be a complex process, with the disputed £1.6bn loan which Abramovich is writing off, to be held in a frozen account while its status is resolved.

But after watching his team blow a 2-0 lead against Wolves, conceding a 97th-minute equaliser, Chelsea manager Thomas Tuchel said he was hopeful the situation would be resolved quickly. ‘We hope for the best and situation [being sanctioned] is so long now that we need it to be solved. 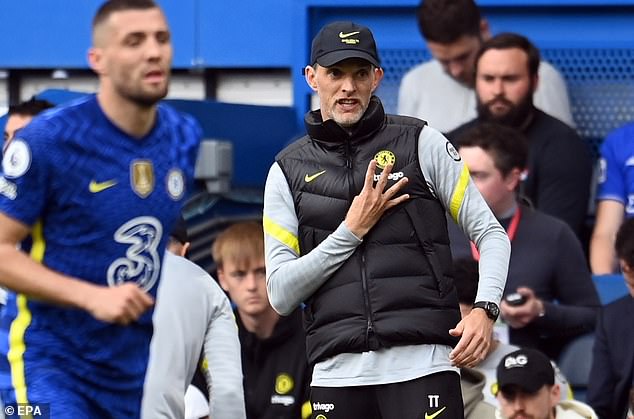 ‘We still hope for a positive outcome and for the situation to be solved. At the moment it seems like it but it’s not, so it’s not worth thinking about. We have our own stuff to solve and do better because we struggle at the moment, obviously.’

Tuchel said he has not had the chance yet to meet Boehly, who was joined at the game by his lawyer and Eldridge co-founder Duncan Bagshaw and fellow partner E Adams Miller.

Tuchel said: ‘I heard today in the morning and I’m in the middle of preparing my session. I’m in my matchday routine there is no influence. I’m no more excited to come to the stadium. It’s not like this.

‘I try to do the best preparation for the match no matter what’s outside. People tell me this but it’s not on my phone, I don’t scroll through the news on match day. I have my routine and I have enough to do, it did not absolutely affect me. 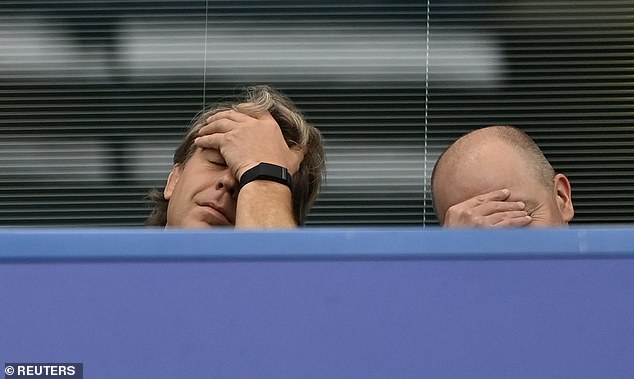 ‘I don’t think it [the takeover] is a reason for a lack of focus. It does not change much for us [now] because the sanctions are not lifted and the season will go on.’

But Tuchel will be the first meeting Boehly wants to arrange. He will also need advice from current managing director Marina Granovskaia and technical advisor Petr Cech on the immediate plans for this summer.

The future Granovskaia, who has worked for Abramovich for more than 20 years, will have to be resolved but her input will be invaluable in the next few weeks. 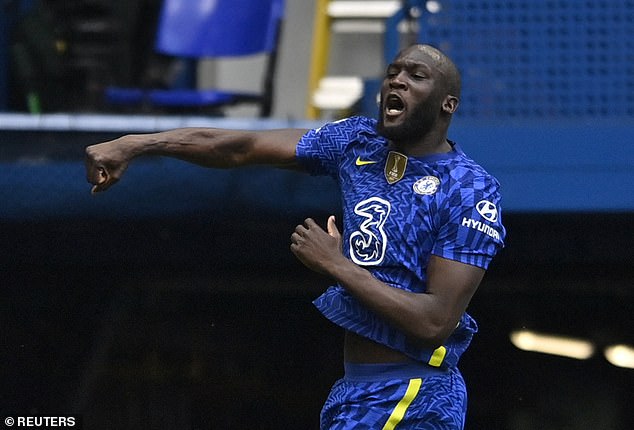 Chelsea also have the issue of Romelu Lukaku to solve. He scored his first goals of the year on Saturday but has failed to live up to expectation.

Asked whether Lukaku had turned the corner with his brace, Tuchel said: ‘Yeah but guys, OK, good performance but this is not the moment to talk about individual performances and praise individual players.

‘We do this as a team and we lost points, crucial points. This is not the moment to praise individuals.’