This weekend Chelsea Football Club got their stuttering season back on track with two goals from new winger Raheem Sterling enough to see off former Premier League winners Leicester City. The Londoners have had a mixed bag of results so far this campaign with wins against Leicester and Everton notable positives after disappointing performances against Leeds United and Tottenham Hotspurs. As well as difficult results on the pitch, in the boardroom new owners, led by American Todd Boehly, have been attempting to revive a squad hit by a number of players leaving, filling gaps where the team is struggling.

Among the on-field positions Chelsea is trying to bolster includes upfront, as Belgian star Romelu Lukaku readies to return to Inter Milan this summer.

Lukaku joined the West London side last year but struggled to make an impact on the squad, and so headed to Italy where he was sold on loan with no obligation to buy.

Strikers have seemingly always struggled at Chelsea, with expensive signings such as Fernando Torres, Alvaro Morata and Hernan Crespo failing to hit the mark.

The Blues will try again this summer as they search the market for a new strike to boost their attacking options. 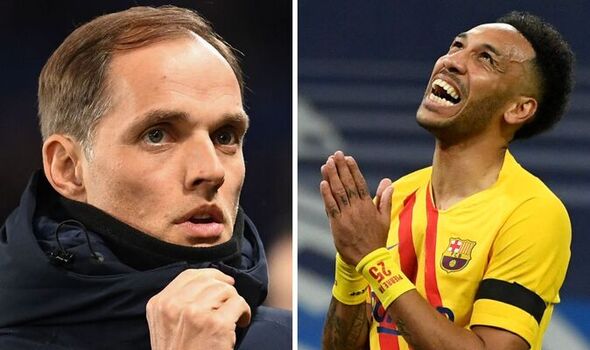 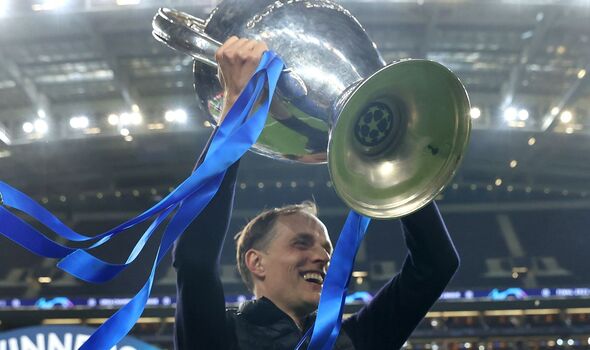 It has long been touted that former Arsenal captain Pierre-Emerick Aubameyang could be tempted to a move back to the Premier League.

The Gabon international was sensationally ditched by Chelsea’s north London rivals in January as he joined Barcelona for free.

His transfer was given the green light after he had a dramatic falling out with Arsenal manager Mikel Arteta, which was immortalised in the Amazon Prime documentary, All or Nothing: Arsenal.

Aubameyang and Chelsea’s chief Thomas Tuchel enjoyed a brilliant relationship together while at German side Borussia Dortmund, winning the DFB-Pokal in 2017.

JUST IN: Chelsea boss Tuchel has ‘unhappy’ star after Boehly steps in 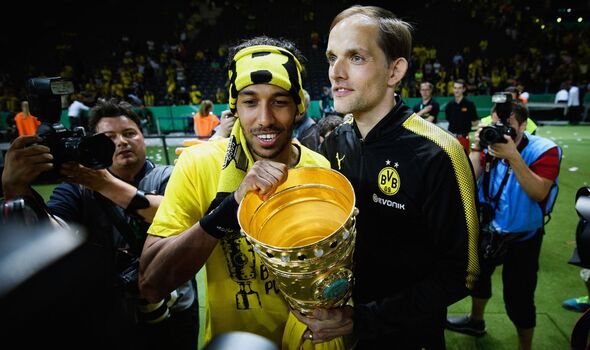 While in Germany, Aubameyang, also known as Auba, scored 141 goals in just 213 games, including nearly a century under Tuchel.

When Tuchel first joined Chelsea in 2021, he spoke about his relationship with Aubameyang and what he felt about the star striker.

His comments were made ahead of a clash between Arsenal and Chelsea at the latter’s Stamford Bridge home.

He said: “He does not get younger, that’s the problem. 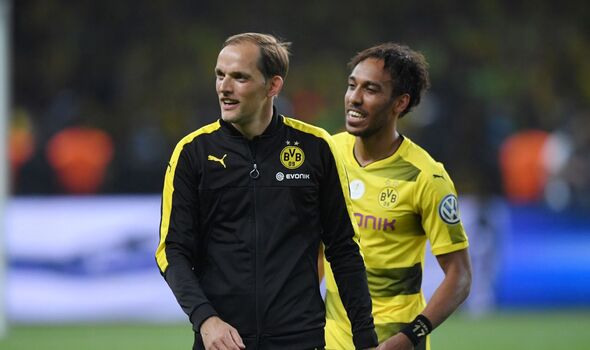 “Maybe he arrived five minutes late on the training ground, that can happen with him! But if he does this, he is in a hurry, he excuses, he feels sorry, he still has a smile on his face.”

“It’s not the biggest problem. But don’t forget that he was also a top, top professional who never missed any training session.

“It was a pleasure to work with him, always a smile on his face, a very, very honest guy — a bit of a crazy guy, but this is nice crazy. 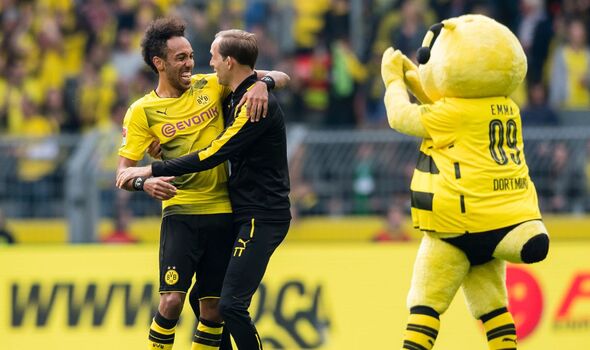 All or Nothing: Arsenal captured some of last season’s most incredible moments, including when Arteta confirmed he was binning Aubameyang as captain.

As well as being stripped of the captain’s armband, he was also banished from first-team training and playing for the team.

It was revealed Aubameyang had been dropped as a result of a series of disciplinary issues, including returning late to training when he was by his ill mother’s side.

In the series, Arteta said: “Following the last disciplinary issue that we have with Auba and the consequences that I decided to take by not involving him in the game.

“I thought carefully myself and the club about the next step, and we have decided as a club that he’s no longer our captain.

“You should know that. The other decision is that for now, he’s not involved in the squad.”

Qatar World Cup – how do all 32 teams rank with seven weeks to go?