CHRIS WHEELER – VIEW FROM THE SOFA: BBC blow it by blanking the opening ceremony of the Qatar World Cup but Gary Lineker and his team deserve credit for tackling the big issues surrounding the tournament

It took the BBC less than a minute to show us the first camel, but where was that feast of Qatari culture we were expecting — the World Cup opening ceremony?

A staple of any major sporting showpiece, the Beeb decided to ignore it completely and lunge straight into a two-footed tackle on the hosts. It was admirable by Gary Lineker and Co, but couldn’t they have found time for both?

Instead of showing Morgan Freeman’s message of unity at the start of the seven-act production, Qatari singer Fahad Al Kubaisi, World Cup mascot La’eeb and a traditional al-Ardha sword dance, the BBC chose to start its coverage at 3pm, just as the ceremony was drawing to a close at the Al Bayt Stadium in Al Khor. 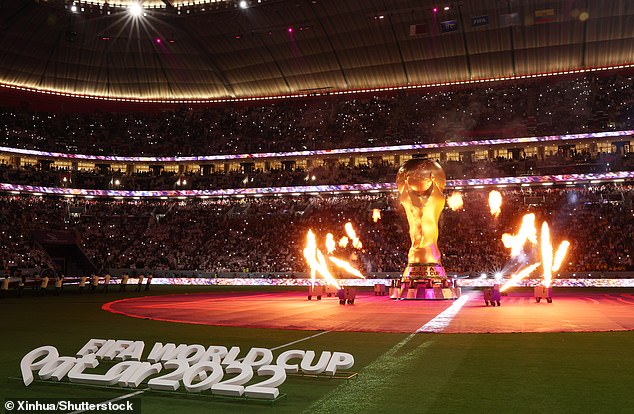 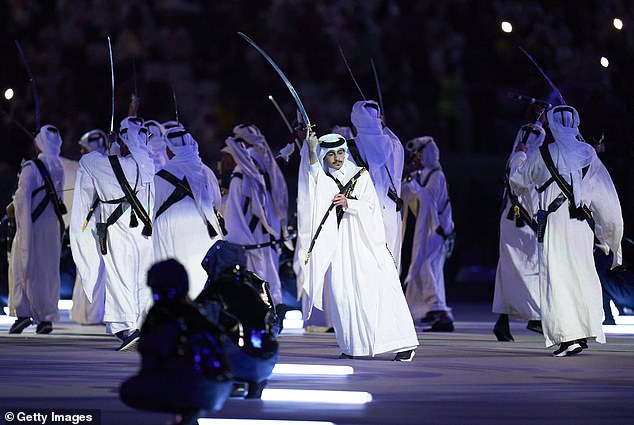 It was a curious decision considering the corporation had bagged the opening game between Qatar and Ecuador. It followed the live Women’s Super League clash between Chelsea and Tottenham, but couldn’t they have just switched that with the snooker on BBC2?

Lineker even made reference to the fact that the ceremony was ending behind him as he introduced his studio panel of Alan Shearer, Alex Scott and Ashley Williams, having opened with a rather sombre monologue to camera.

‘It’s the most controversial World Cup in history and a ball hasn’t even been kicked,’ he said before bringing up the hot topics of corruption, women’s rights, homosexuality and the ill treatment of migrant workers that have hung over the first ever winter World Cup. 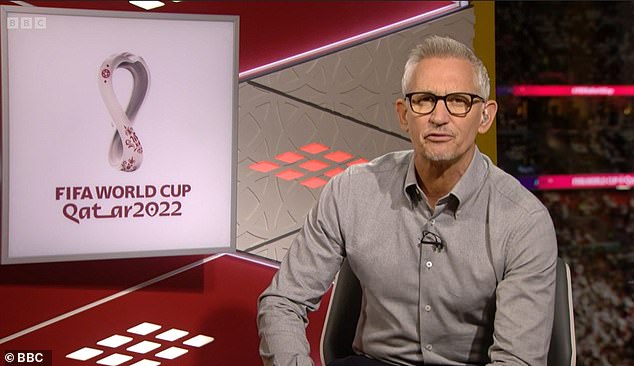 If not showing the ceremony seemed odd, then the BBC certainly deserves credit for wasting no time in tackling the big issues, which dominated the hour-long build-up to the game. Let’s face it, no one gave a monkey’s about the team news or tactics for Qatar versus Ecuador.

‘Stick to football, say FIFA. Well we will — for a couple of minutes at least,’ challenged Lineker and he meant it.

‘Weird, really strange,’ was how Shearer described working at a World Cup when the Christmas trees are already in the shops. ‘Rubbish’ was his view of FIFA president Gianni Infantino’s remarkable ‘today I feel Qatari, I feel gay, I feel disabled’ speech on Saturday. 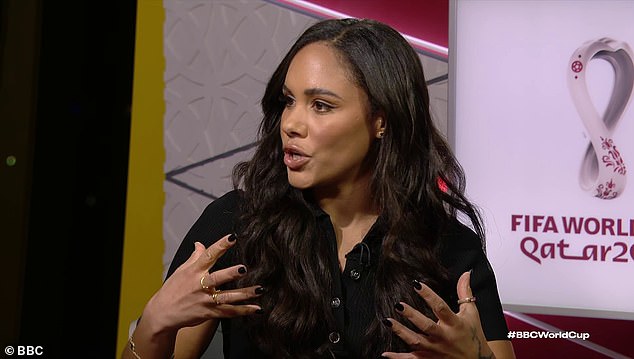 Scott called it ‘confusing and bizarre’ and admitted she considered not turning up at all.

‘I’ve had conversations that I should be staying at home and boycotting,’ she said. ‘I thought long and hard about it but, for me, that would have been the easy option.’

The BBC interviewed a spokesperson for Amnesty International over the treatment of migrant workers and a leading climate scientist to question the claim that this will be the first carbon neutral World Cup.

Ashley Brown, of the FA Supporters’ Association, chipped in with: ‘We all realise the World Cup shouldn’t be in Qatar in the first place.’

The last word, as ever, went to Lineker and he used it to have another pop at Infantino after Qatar became the first hosts to lose their opening game. ‘Today we are feeling Ecuador,’ he said.