Connor Wickham scored a spectacular goal from inside the centre circle to help Forest Green Rovers move into the FA Cup second round, with a composed 2-0 win over South Shields.

The former Crystal Palace centre-forward scored a brace of goals in front of a bustling Shields crowd at the 1st Cloud Arena and sealed the win with a wondrous finish, flighting a long shot over opposition goalkeeper Miles Boney into the top corner of the goal.

South Shields, who sit 78 places below Forest Green, were outclassed by their opponents, who pulled ahead in the 28th minute, with Wickham glancing a header past the Shields shot stopper. 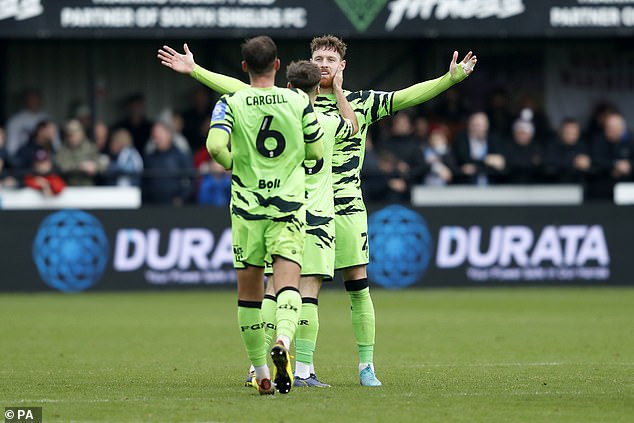 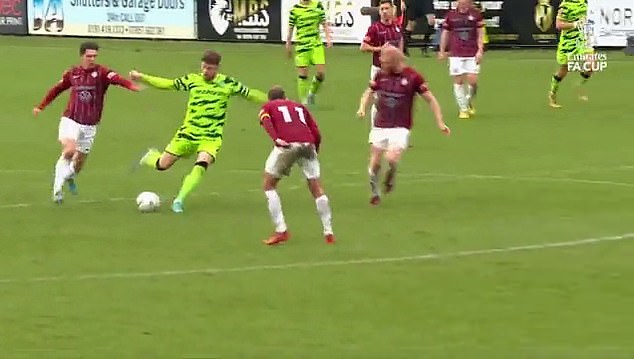 Kevin Phillips’ team hung on to a 1-0 lead for most of the match, but in the sixth minute of injury time, Wickham received a pass from Kyle McAllister, and seeing Boney off his line, took a swing at the ball from just off the halfway line.

It was a spectacular effort, reminiscent of Wayne Rooney’s halfway line goal against West Ham from a similar position, and caught the South Shields keeper off-guard. 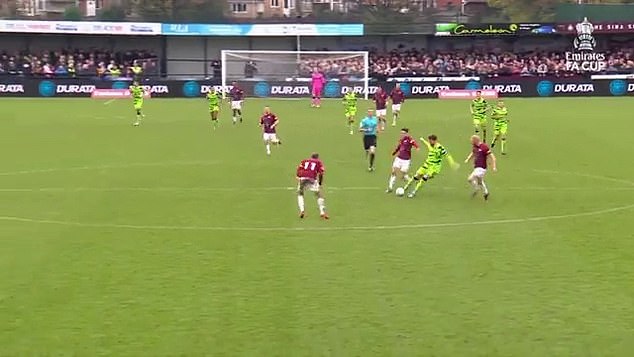 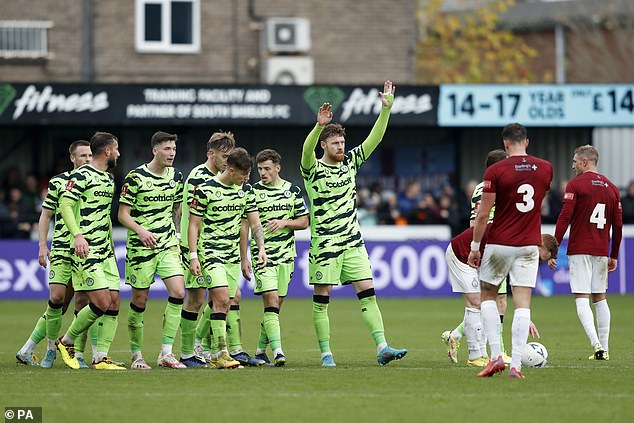 While it wasn’t all one-way traffic for the home side, Phillips’ side did look the second best team for most of the game, failing to trouble Lewis Thomas in the Rovers net until the second half.

Rovers, who sit at a lowly 23rd in League One having won just three games this season, had several chances to go 2-0 up in the match, with Tom Broadbent notably putting a dipping volley fractions wide of the goal. 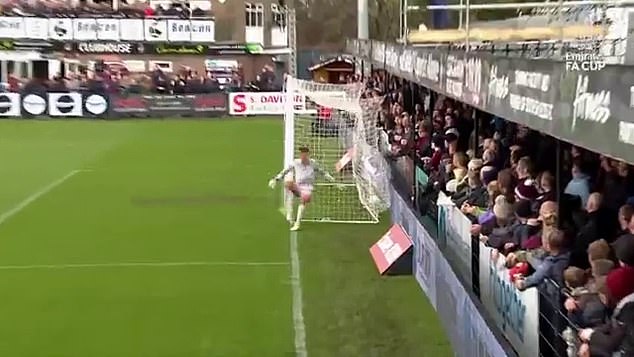 Boney (pictured) was caught off guard by the injury time goal, which flew over his head

Wickham, meanwhile, added to his impressive tally of career goals, with the journeyman claiming his sixth and seventh goals for the club after he joined Forest Green Rovers earlier this year.

And the Rovers will be glad they brought him to the club, with his duo of goals helping the side achieve their first FA Cup win since 2019, when they beat Billericay 4-0.