Inter Milan manager Antonio Conte said Napoli goalkeeper David Ospina ‘performed miracles’ as his side were knocked out of the Coppa Italia on Saturday.

Conte believed Inter, who had nine shots on target compared to Napoli’s two, would have taken more from the game had it not been for the inspired performance of the home side’s ‘keeper.

Napoli had 1-0 lead from the first leg which was played at the San Siro before the coronavirus suspension. 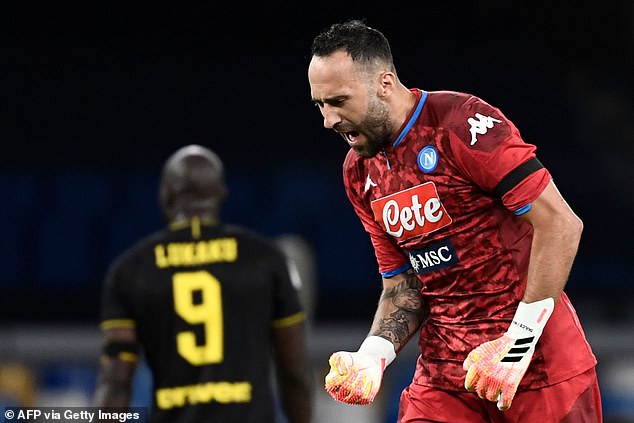 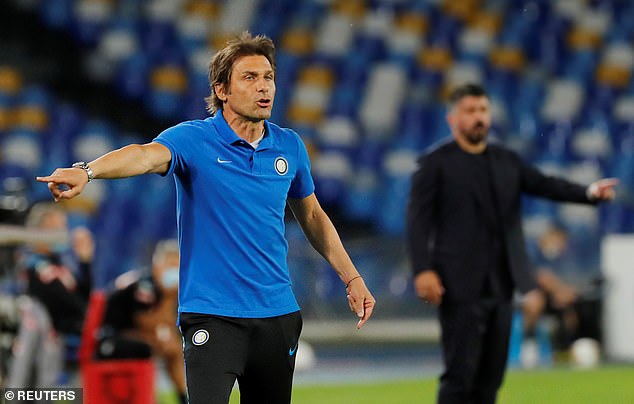 Inter were soon level on aggregate after Christian Eriksen scored directly from a corner in the second minute.

But Dries Mertens’ goal just before half-time proved crucial as Napoli held out for the second half and progressed with a 2-1 aggregate victory.

‘Looking at both matches, we deserved much more,’ Conte said in his post-match interview with Rai Sport. 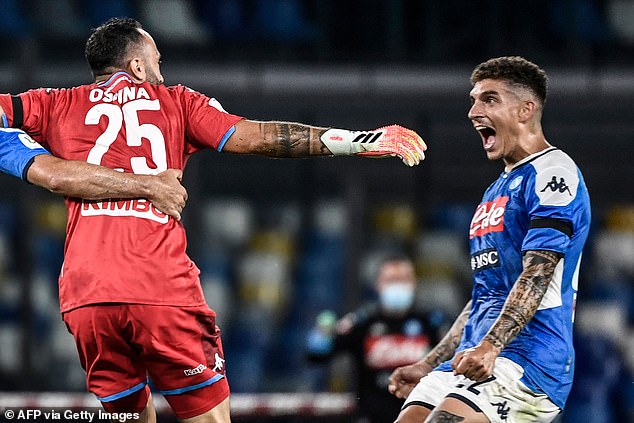 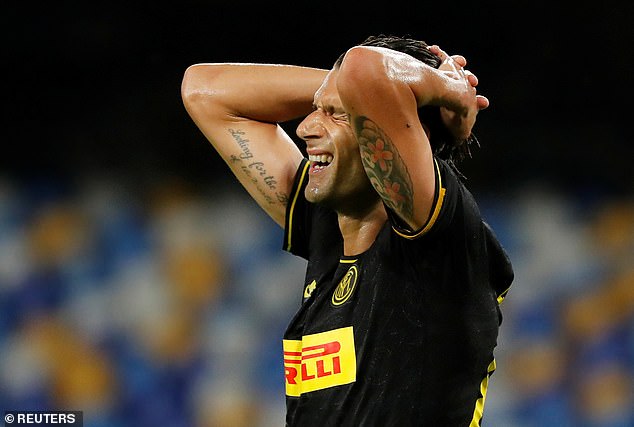 ‘In terms of the performance, I have very little to reproach the boys about. This is the football we want to play; we created a lot and were aggressive. Maybe we should have been more clinical in front of goal, but Ospina performed miracles.

‘Their goal was disappointing because it was a careless situation that we could have avoided. But I’m satisfied because we’re on the right path, we controlled the game against a strong Napoli team.

‘My glass is half-full. We created numerous opportunities and had 18 efforts at goal. Ospina was the best player on the pitch. 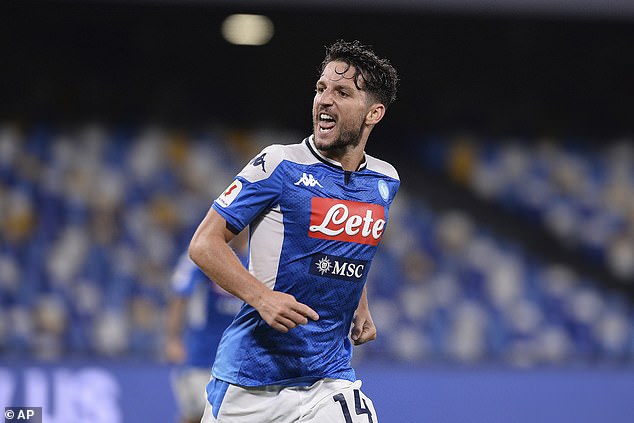 ‘Obviously, we can improve, and we need to be more ruthless in the future, but I don’t have anything to complain about in terms of desire and determination.

‘We did what we’d worked on in training. It’s disappointing for the lads not to qualify for the final because, based on what we did over the 180 minutes, we deserved to do so.’

Napoli will play Juventus in the final after their 0-0 draw with AC Milan on Friday saw them claim a 1-0 aggregate victory.

The Serie A season will resume next weekend with Inter’s first game taking place at home against Sampdoria.

Lewis Hamilton may cost Mercedes over £8,000 this season due to a simple penalty