‘We have managed the situation and it was really difficult’: Antonio Conte insists Tottenham have done well to manage Harry Kane’s workload… as he claims Gareth Southgate will have the same responsibility at the World Cup

Antonio Conte insists Tottenham have done a good job of managing England captain Harry Kane’s extraordinary workload and the onus is on Gareth Southgate to do the same at the World Cup.

Kane started Wednesday’s Carabao Cup defeat by Nottingham Forest and Conte has dismissed the idea of dropping his striker, saying Tottenham are the 29-year-old’s top priority until Sunday’s Premier League game against Leeds is over.

‘Then he is the captain of England,’ Conte said on Friday. ‘I see a player that wants to play every game. Every game! The desire and his eyes are full of energy. He wants to finish well with us.’ 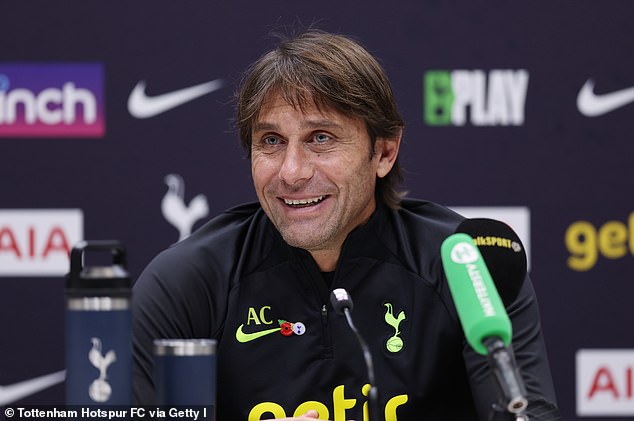 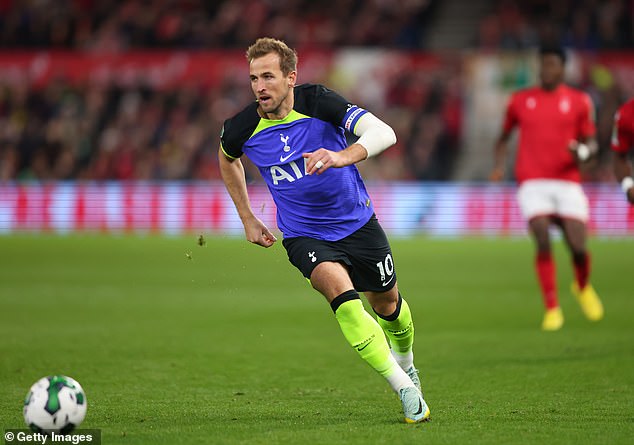 Kane has featured for 1,845 minutes in all competitions this season – more than any other Premier League player.

England have been monitoring Kane from afar and Tottenham will likewise keep tabs on their striker while he is away. It could help that the club’s academy chief Chris Powell is on Southgate’s coaching staff.

Conte has not spoken to Southgate directly but continued: ‘The fans must not be worried for him (Kane). I think Harry is going to play a fantastic World Cup because in this season he was never injured. He has been able to train well. He is good physically. 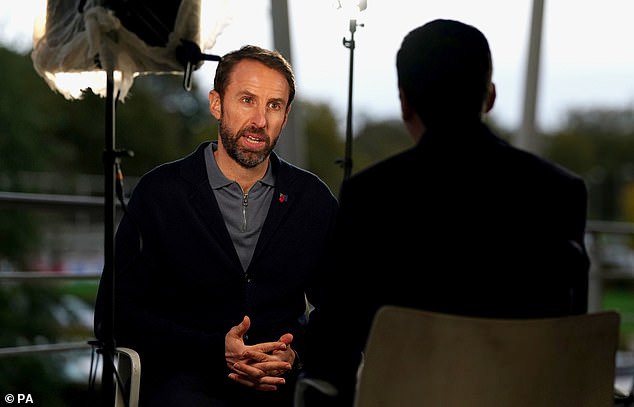 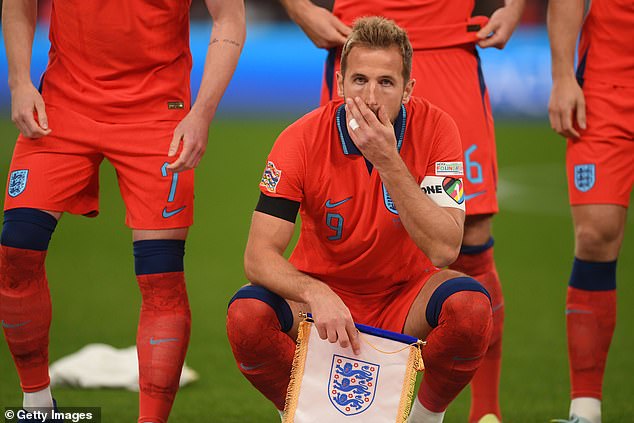 Most of the Premier League players not due to play at the World Cup are set for warm-weather training camps. While Arsenal look likely to fly to Dubai and Chelsea to Abu Dhabi, Tottenham will remain in London.

‘We didn’t find the right solution, the right place to go,’ Conte said. ‘I can give my idea, my opinion, but then the final decision is always from the club.’

EXCLUSIVE: West Ham are confident Declan Rice WILL stay at the club