‘It’s self-inflicted again’: Steve Cooper believes Nottingham Forest squad have to look at themselves after the club slumped to another Premier League defeat at home to Fulham

Steve Cooper feels Nottingham Forest’s problems are ‘self-inflicted’ after familiar failings led to a 3-2 defeat against Fulham at the City Ground.

A fortnight after squandering a two-goal lead against Bournemouth to lose 3-2, Forest went ahead early on through Taiwo Awoniyi against the Cottagers but then conceded three times in a breathless six-minute window.

Tosin Adarabioyo levelled after 54 minutes before Joao Palhinha’s terrific strike put them ahead, while Harrison Reed’s first goal for Fulham meant Lewis O’Brien’s effort was a mere consolation for Forest. 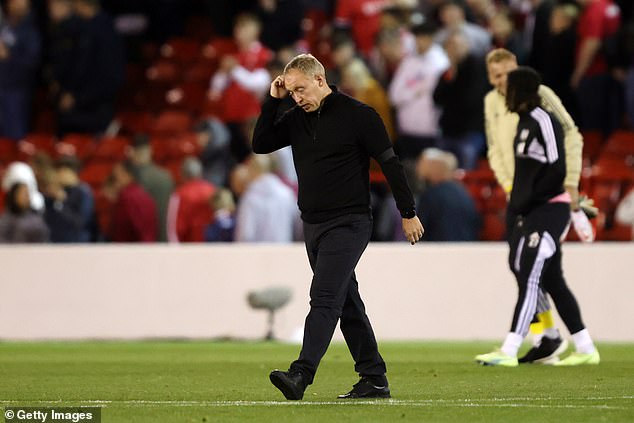 Cooper said: ‘It’s self-inflicted again. We should look no further than at ourselves. What we’re not doing at the moment is, when we concede a goal, we’re not managing the moments after it well enough.

‘A couple of times now we’ve been punished. Whether it’s concentration or a bit of anxiety or trying to get back into the game too quickly, I don’t know.’

Asked whether his side were still mentally scarred by their setback against the Cherries, Cooper replied: ‘Maybe. You’d have to say yes.

‘We were playing well when they got their first goal, probably our best moment in terms of general play in the game. Maybe it was a body blow.’

Forest were condemned to a fourth successive defeat, during which time they have shipped 14 goals, and remain second bottom in the Premier League after taking just four points from their first seven games. 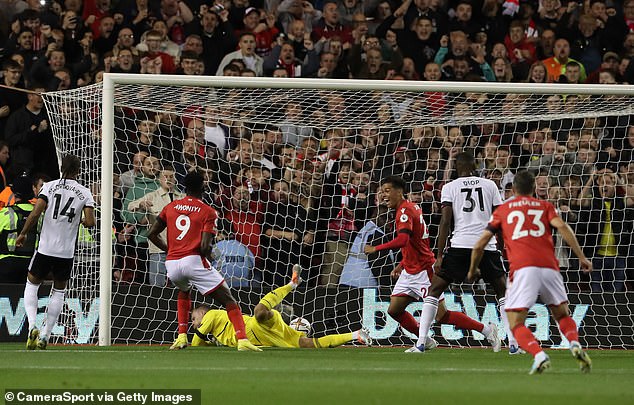 They have overhauled their squad since achieving promotion from the Sky Bet Championship via the play-offs last season, making a total of 22 signings over a hectic summer.

The Forest head coach added: ‘Some of our game is positive and it looks like we’re progressing, but there’s other parts of our game where we do look like a new team, there’s no doubt about that.

‘It’s something we don’t have with the nature of the squad that has been put together and the timing of it. That’s the sort of stuff you address in pre-season.

‘But obviously we’re addressing it right in the middle of the Premier League. But we look no further than ourselves, the only thing we can continue to work hard and address that and improve.’ 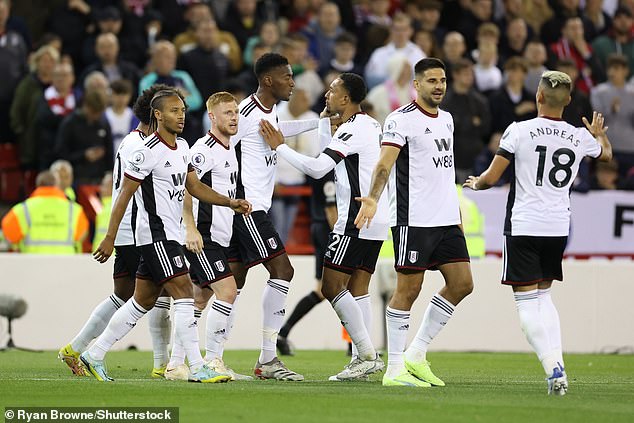 Fulham, who topped the second tier last season and finished 10 points ahead of Forest, are up to sixth in the Premier League, but head coach Marco Silva refused to get too carried away.

He said: ‘The position in the table is not the most important thing for us. The way we are matching the opposition sides is the main thing for me.

‘We look for the position in the table at the end. It’s not important now if you’re sixth, seventh or eighth, we want to get points and fight.

‘But we are humble enough to understand this is the Premier League. You can have a bad month and everything will change so quick.’

Silva was heartened by their fightback on Friday evening, with the English top flight resuming after last weekend’s fixtures were postponed following the death of the Queen. 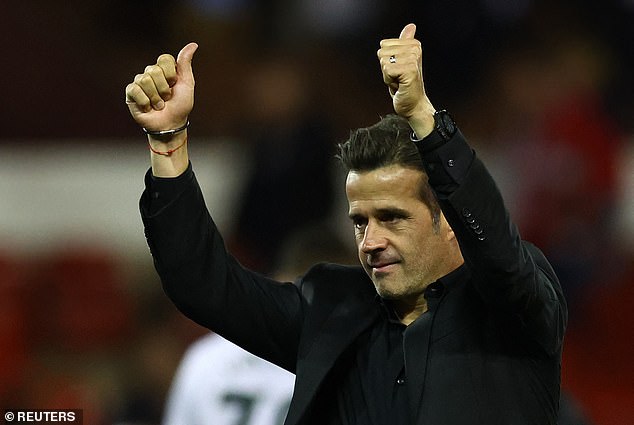 Despite another positive result, Marco Silva has stressed that his Fulham side have to remain humble

A minute’s silence was impeccably observed by the overwhelming majority in the City Ground, with the odd outburst then drowned out by an ovation before fans sung God Save the King, while there was a round of applause in the 70th minute to commemorate the length of the Queen’s reign.

Silva added: ‘It was fantastic. The way we came back after half-time was really, really good. We were the best team on the pitch and we deserved the three points.

‘We knew the type of of team we were playing against, even if they had a tough, tough defeat against Bournemouth, they have top individual quality players. They are tough to play against, but we did it.’

FA Cup draw in full: All fourth and fifth round ties as Man Utd face Liverpool