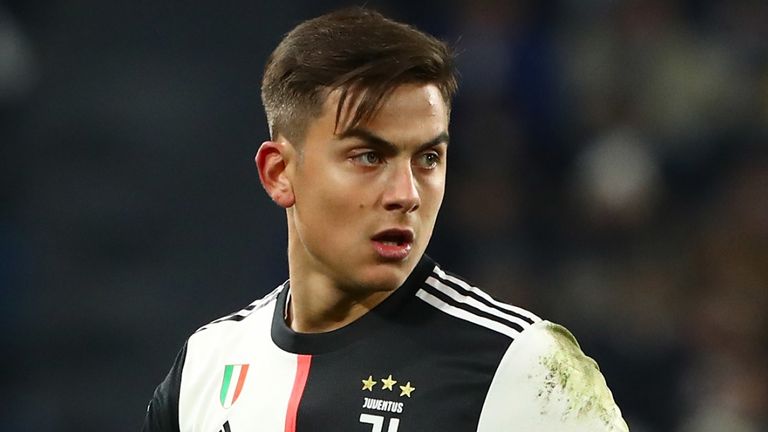 Juventus forward Paulo Dybala says he feels “much better” and is ready to restart a training regime after his coronavirus diagnosis.

The 26-year-old Argentina international announced last week that he and his girlfriend Oriana Sabatini had both tested positive for the virus.

Although he said at the time both felt in “perfect condition”, he has suffered stronger symptoms which prevented him exercising but says he is now on the mend.

"I feel good, much better in fact" @PauDybala_JR provides an update on his health. ?#ACasaConLaJuve pic.twitter.com/Zh3m5YdbC7

In a video chat posted on Juve’s Twitter account, he said: “I feel good, much better in fact, after having had some strong symptoms for a couple of days.

“After having attempted to in the days where the symptoms were strong, I felt uncomfortable very quickly and I couldn’t get any air so I couldn’t do anything.

“After about five minutes I felt really tired and my body felt heavy, my muscles hurt and I had to stop.

UFC: Whittaker v Adesanya rematch likely to be on Fight Island
Recent Posts
This website uses cookies to improve your user experience and to provide you with advertisements that are relevant to your interests. By continuing to browse the site you are agreeing to our use of cookies.Ok