Middlesbrough boss Neil Warnock is hoping normality will return to football next season after he received his first dose of the coronavirus vaccine on Monday.

The 72-year-old received the jab after the Government last week urged people aged 70 and over in England to book an appointment with the NHS if they are yet to have the vaccine.

“Hopefully this is the start of us being able to get back to some normality again.”

Warnock added to reporters: “I think everybody will be glad to get to the end of the season in the hope that the next season can be planned as it always has been, where there’s a rest in between and not so much travelling and so many problems.

“That’s why I’m really glad I’m having the injection. I think that’s the way forward, everybody getting injected in the next three or four months where we can start socialising again, having that banter that you need. When I see parents dying and you can’t be beside them, it’s unbelievable what we’re having to go through at the minute.”

The gaffer’s had his first dose of the vaccine 💪💉

“I'd urge everyone to go and get it when it's your turn. Hopefully this is the start of us being able to get back to some normality again” #UTB pic.twitter.com/XueAk8WDug

More than 15m people have now received their first dose of a Covid-19 vaccine in the UK as part of the largest vaccination programme in British history.

They are set to receive their second doses within 12 weeks.

Sir Geoff Hurst has led the calls from sports personalities to people aged 70 and over to join them in getting the coronavirus vaccination.

The 1966 World Cup winner said: “It was well organised as you’d expect, and didn’t hurt a bit. This is a global pandemic. For goodness sake, just get it done. It’s in your interest, as well as that of your family, friends, workmates, and your country.”

Hodgson added: “A few weeks ago I was lucky enough to get the notification that it was my turn to receive the coronavirus vaccine, so I didn’t hesitate to go along to my local medical centre. 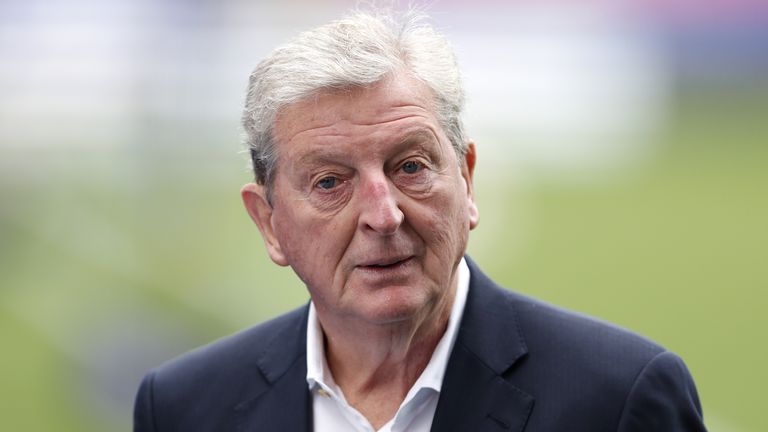 “The process was simple, everything was extremely well organised. The jab, which one hardly feels, was over in seconds and in no time I found myself back at home.

“I urge anyone like me, aged 70 and over, if you haven’t yet received your vaccine, please come forward and make an appointment as soon as you can.”

Ancelotti sees red after Calvert-Lewin has late strike ruled out