Crawley 2-0 Fulham: Premier League side are DUMPED OUT of Carabao Cup as goals from Tom Nichols and James Balagizi send League Two strugglers into third round

Crawley Town provided the shock of the round as the League Two outfit stunned top-flight Fulham, overcoming a gap of 84 league positions.

Goals in either half from Tom Nichols and 18-year-old Liverpool loanee James Balagizi fired Kevin Betsy’s side to their first win of the season against the heavily-rotated Cottagers.

It had been a baptism of fire for Betsy, who took his first managerial role after coaching England’s youth setups and Arsenal Under 23s. 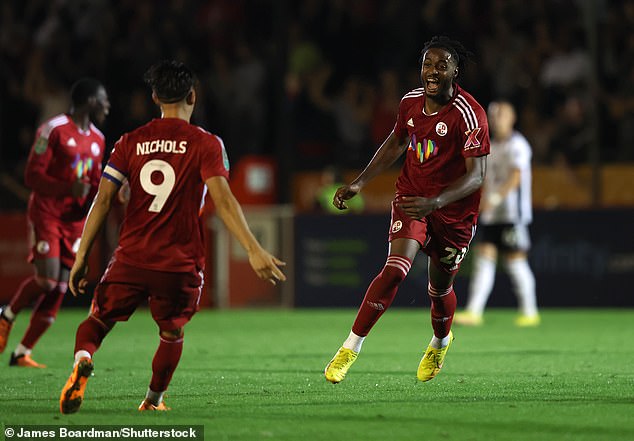 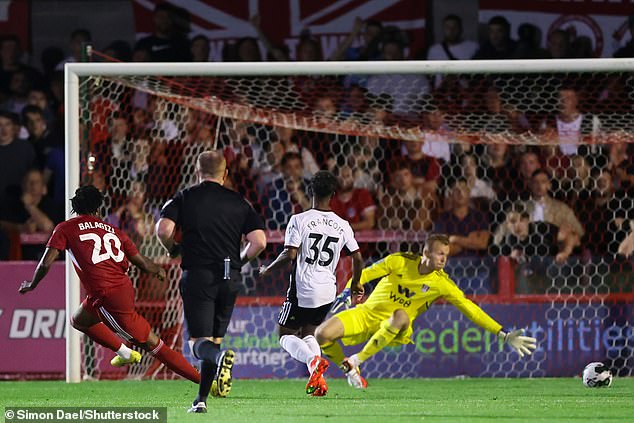 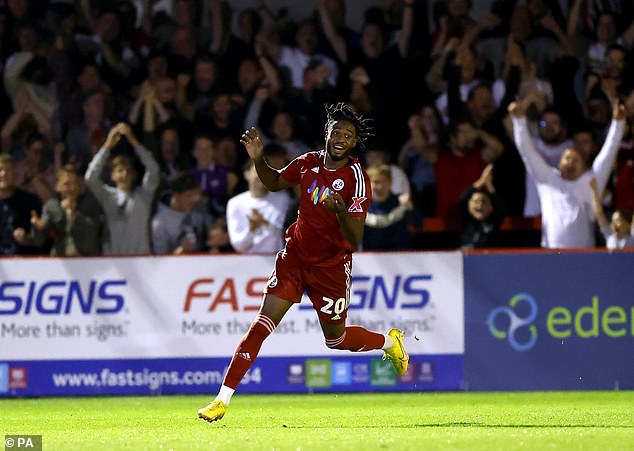 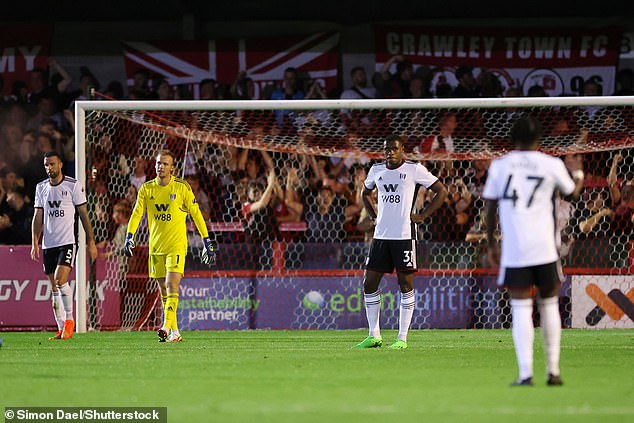 But former Fulham player Betsy, 44, has proved himself as an innovative coach with data-led methods, drones in training and a keen interest in sports science, with players subject to regular urine samples.

Betsy had sought advice from Pep Guardiola at Bayern Munich, taken research trips to the likes of Santos in Brazil and wrote a dissertation on youth development in football.

So it was fitting that this was a genuine schooling of the side four divisions higher, despite the fact they had made 10 changes, handing debuts to three players including £15million new signing Issa Diop.

Their slow start was perhaps understandable, then, but Fulham never got going, and this was an embarrassing performance which further underlines the top club’s disrespect to the cups. 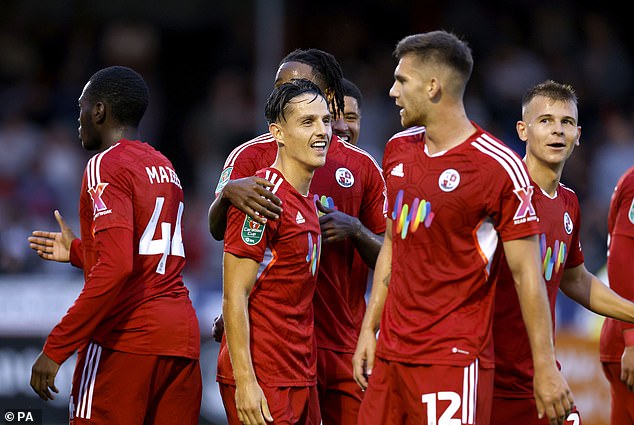 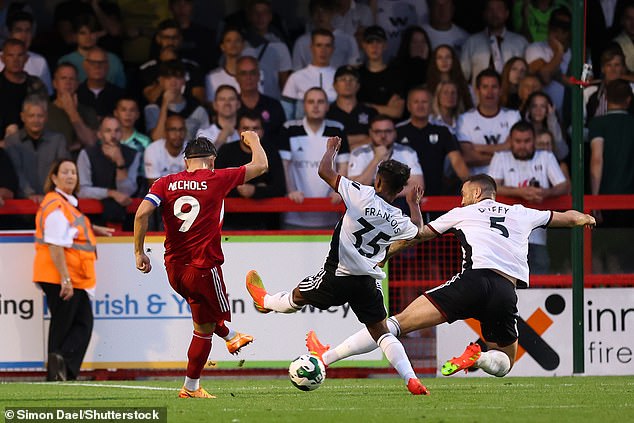 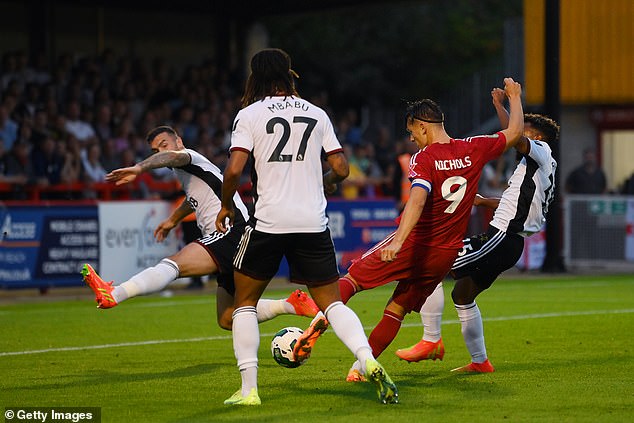 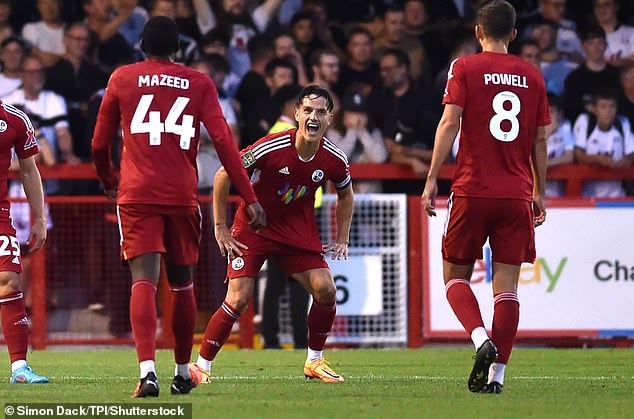 Crawley took advantage and roared into an early lead through Nichols’ drilled finish. Then England youth international Balagizi, who had twice come close in the first half, finally got his goal minutes into the second half with a tidy finish from close range.

Shane Duffy came close as he headed over, if anything, the League Two side looked the more likely to score the game’s third goal, as Nichols and then Jack Powell both had decent shots.

Nearly 6,000 fans packed out the stadium and most of the younger ones darted onto the pitch at full-time in celebration at what could be a season-changing win for Betsy’s side. 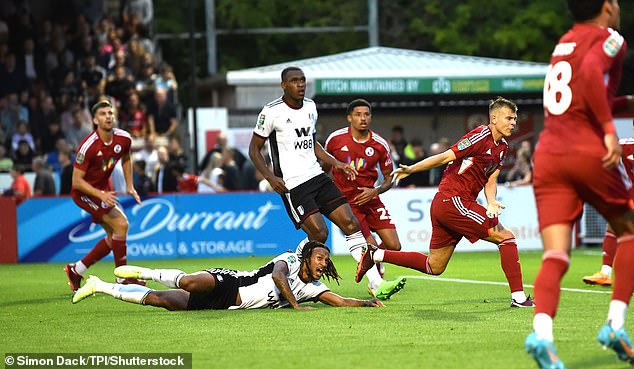 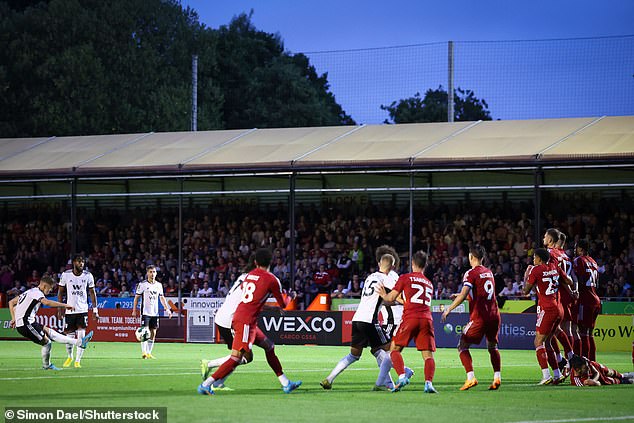 Fulham struggled to break down Crawley, with Tom Cairney firing his free-kick into the wall

Rooney ‘extremely interested’ to replace Bruce and ‘is on Newcastle shortlist’