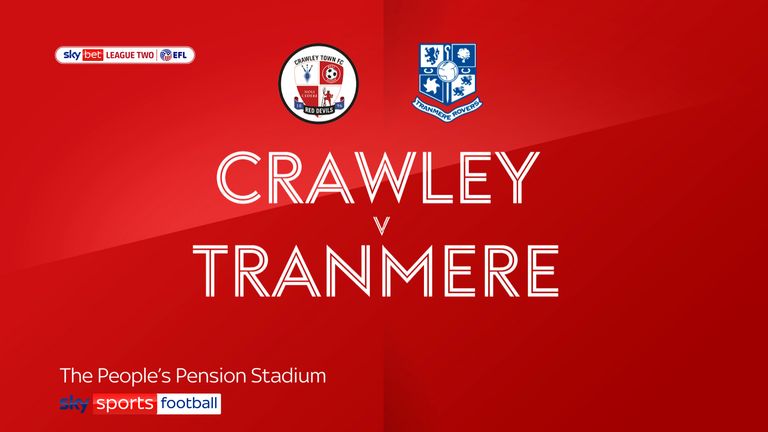 John Yems` side are now unbeaten in their last 13 home league games.

Crawley, whose unbeaten home league record goes back 11 months, got off to a tremendous start with three goals in the opening 24 minutes.

Striker Max Watters, making only his third start, put the Reds on their way in the 14th minute with a well placed shot to record his fourth goal for the club following good work by Jack Powell.

Strike partner Tom Nichols doubled the advantage seven minutes later, firing in to the left of goalkeeper Scott Davies after being set up by Jake Hesketh.

The visitors were punished again when George Francomb crossed to the far post, where defender Jordan Tunnicliffe headed in despite Davies getting a hand to the ball.

Rovers had more possession after the restart and onrushing striker Sam Smith received a booking for sliding in on keeper Glenn Morris following a pass by James Vaughan.

Crawley went close again when midfielder Sam Matthews burst into the area and his goalbound shot was parried by keeper Davies.

Substitute Tyler Frost immediately made his presence felt for the Reds by making it 4-0 and sealing victory in the 77th minute by drilling home a low shot after an effort by Powell was blocked.