‘He needs at least three years at Inter Milan to finish growing’: Hernan Crespo urges Lautaro Martinez not to jump ship to Barcelona this summer

Lautaro Martinez should spurn Barcelona’s advances and stay at Inter Milan for at least three years, according to Hernan Crespo.

The forward is a target for the Catalan club this summer with manager Quique Setien even publicly stating his admiration.

But Martinez’s Argentine compatriot Crespo, who played more than 50 times for Inter, believes the best thing for his career would be to stay put. 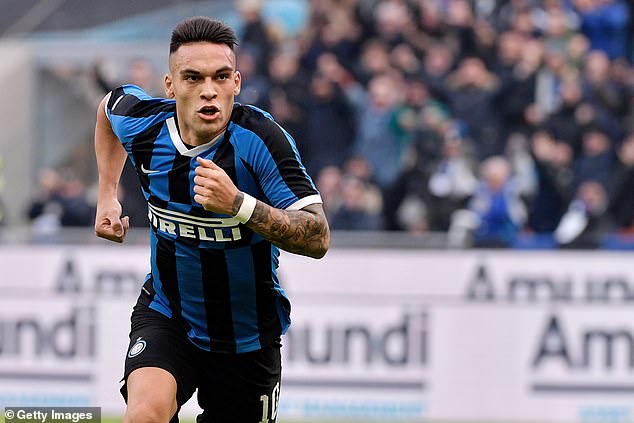 ‘He must stay at Inter without doubt for a simple reason,’ Crespo told Gazzetta dello Sport.

‘He did well in Argentina with Racing, he arrived at Inter and for one season he was on the bench, then he was promoted to being a starter.

‘This is his first season as an indispensable player. He needs at least three years to finish growing, then he can think about a transfer elsewhere.’ 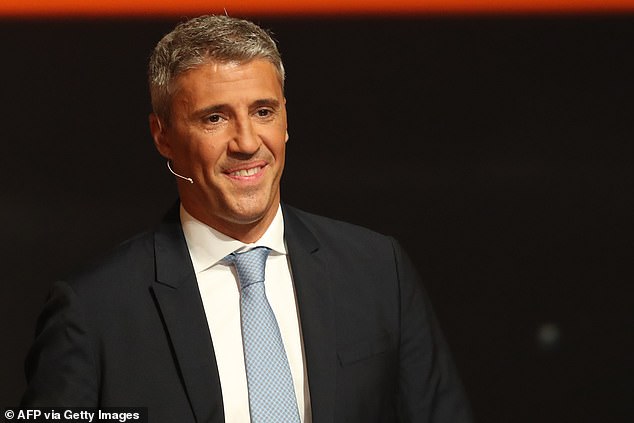 Martinez, 22, may also find that the coronavirus crisis may scupper his chances of a big-money move this summer.

Martinez has scored 16 goals in all competitions for Antonio Conte’s side this season and formed a deadly partnership with Romelu Lukaku.

Inter will hope the striker heeds Crespo’s advice and stays put for the time being. 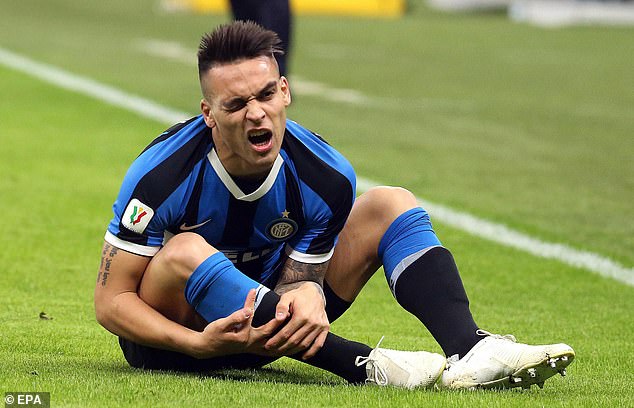 Martinez has some growing to do before he is the finished article, says his compatriot

Liverpool dominate Match of the Day fans’ team of the season