Cristiano Ronaldo will captain Manchester United for the trip to Aston Villa just two weeks on from his fall-out with the club.

The Portuguese star came under huge scrutiny last month after heading to the dressing room before the final whistle in the win over Tottenham.

Erik ten Hag then revealed Ronaldo refused to come off the bench during that game and was subsequently axed from the first-team for their following game against Chelsea. 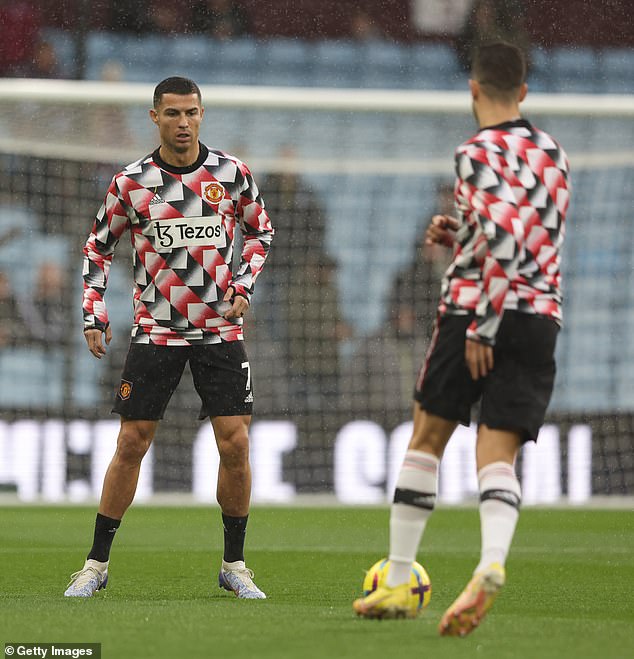 Ronaldo has since returned to the team and started three consecutive games, all of which United have won.

With Harry Maguire benched and Bruno Fernandes suspended, the 37-year-old will lead the team out as they seek to continue their good run of form.

Ten Hag revealed he considered giving the armband to Casemiro or David De Gea before eventually setting on Ronaldo. 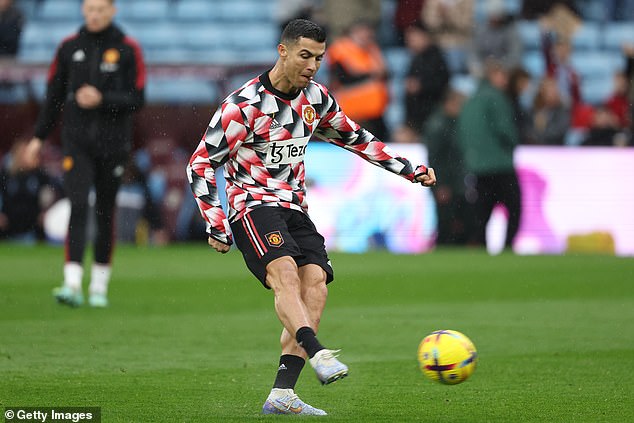 He said: ‘We have more leaders, Harry is on the bench, Bruno is suspended, you take the player who has the leadership.

‘Casemiro is not speaking full English language yet, then you come to Cristiano, he is doing really (well) the last two games, I hope he keeps that process going.

‘When you are captain and leader you have to set an example and that is what I expect from him — he is an important part of the squad, we are happy with him and now he has to taken even more of the leader role.’