Which club might Cristiano Ronaldo join if he leaves Man United?

Manchester United star Cristiano Ronaldo has dropped a bombshell on Instagram by claiming that he will play in Sunday’s pre-season friendly against Rayo Vallecano. The Portuguese superstar was left out of Erik ten Hag’s squad to play Atletico Madrid this Saturday after requesting to leave Old Trafford earlier this month.

The plan for Ronaldo’s return to the side remained foggy after this week’s transfer talks with Ten Hag failed to bear fruit. The 37-year-old is keen to leave in search of Champions League football after United finished sixth in the Premier League last term.

And having returned to Carrington on Tuesday alongside agent Jorge Mendes, the Portuguese remained unmoved. Ten Hag has publicly maintained that Ronaldo is not for sale, insisting that he is looking forward to working with the forward this season.

Despite the mixed messages and uncertainty, United fans now have a major clue on when they’ll see the former Real Madrid and Juventus star in action.

JUST IN: Tottenham boss Antonio Conte hints same transfer decision has been made with four players 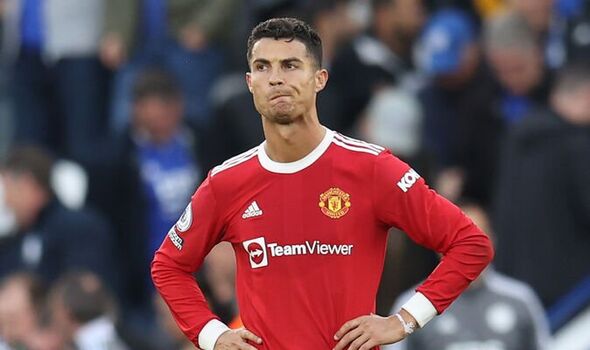 On Friday evening, Ronaldo commented on a post made by a fan account captioned: “Cristiano Ronaldo did not make the list of Manchester United related for this weekend’s friendly games against Atletico Madrid (Saturday) and Rayo Vallecano (Sunday).” Bluntly and dramatically, the star said: “On Sunday, the king plays.”

A host of United’s second-string players have been left in England for a pre-season friendly against Rayo Vallecano on Sunday, with most of the major first-team stars gearing up for the clash with Atleti. Ronaldo may still lack match fitness after missing the whole of his side’s pre-season tour of Australia and Thailand, instead remaining in Portugal due to a personal issue.

Ronaldo, who returned for his second spell with the Red Devils last summer, is believed to have held a brief chat with legendary former boss Sir Alex Ferguson when he returned to Carrington this week. He is poised to handle the situation professionally despite a clear desire to leave, with a host of top European clubs already having ruled themselves out of a move.

Bayern Munich and Atletico Madrid have done so publicly, with the former’s chief Oliver Kahn claiming that it would not be in line with their philosophy and the latter’s president insisting that putting together the transfer would be ‘almost impossible’. It may be considered just as well that Ronaldo will miss the match against Atletico this Sunday, given that their fans recently held up a hostile banner amid recent transfer links which read: “CR7 NOT WELCOME.” 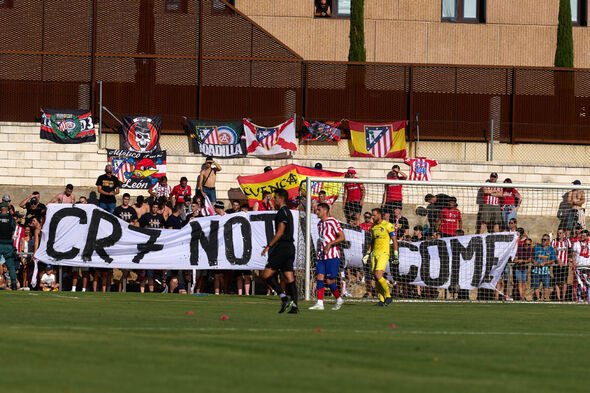 Several other high-profile players were left at home including Raphael Varane, Aaron Wan-Bissaka and Luke Shaw. It is believed that some of the absences are due to injuries or illnesses.

There were no places for the young trio of Amad Diallo, Charlie Savage and Zidane Iqbal after Ten Hag reportedly met with technical director Darren Fletcher this week to discuss plans for their futures. They could turn out alongside Ronaldo against Vallecano this Sunday if his social media comment is reliably informed.