Cristiano Ronaldo has sent a message to Juventus fans after his goal against SPAL on Saturday. The Portugal international equalled Gabriel Batistuta’s Serie A goalscoring record, finding the net for the 11th game on the trot.

Ronaldo’s goal helped Juventus boost their chances of Serie A glory, with the Old Lady currently ahead of fellow title rivals Lazio and Inter Milan in the race for the league title.

The 25-year-old opened the scoring in the 39th minute, with Aaron Ramsey then doubling Juve’s lead.

SPAL got a consolation through Andrea Petagna, who scored from the penalty spot in the 69th minute.

And, after the game, Ronaldo took to social media to send a message to Juventus supporters. 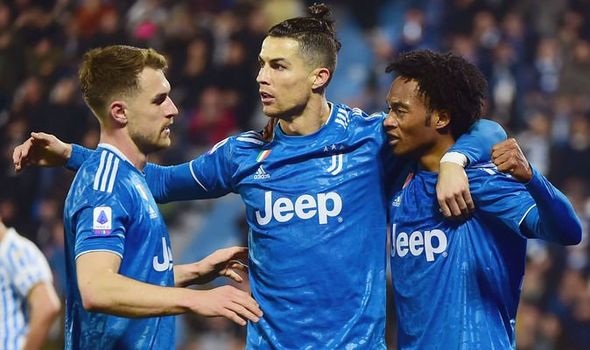 Ronaldo scored on what was the 1000th appearance of his professional career.

He started his career playing for Sporting Lisbon before moving to Manchester United as David Beckham’s replacement in 2003.

He then moved to Real Madrid in 2009, where he went on to become the La Liga giants’ all-time leading scorer. 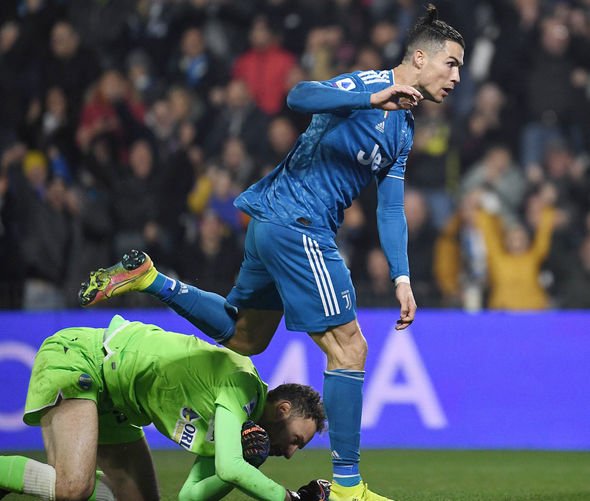 Ronaldo won two La Liga crowns during his time at the Bernabeu – as well as four Champions League titles.

And he has won two trophies with Juventus since signing from Real back in the summer of 2018.

Ronaldo will now turn his attentions to the Old Lady’s upcoming Champions League clash with Lyon on Wednesday.

And, speaking ahead of that game, Maurizio Sarri admitted he was targeting the prize.

“Our objective must be the Scudetto and the Champions League a dream,” he said.

“In life sometimes it’s good to chase your dreams and miss your objectives.

“The problem with the tournament is that there are very few games in the knockouts and each one can be decisive.

“It’s a competition that is within reach of 10-12 teams, so whoever wins, in the end, is not just the best, but also the most fortunate.

“Last season Chelsea played in the Europa League with 13 wins and two draws, yet we risked going out at one stage and had to qualify on a penalty shoot-out.

“So we risked not winning it, despite being unbeaten and winning 13 matches.”