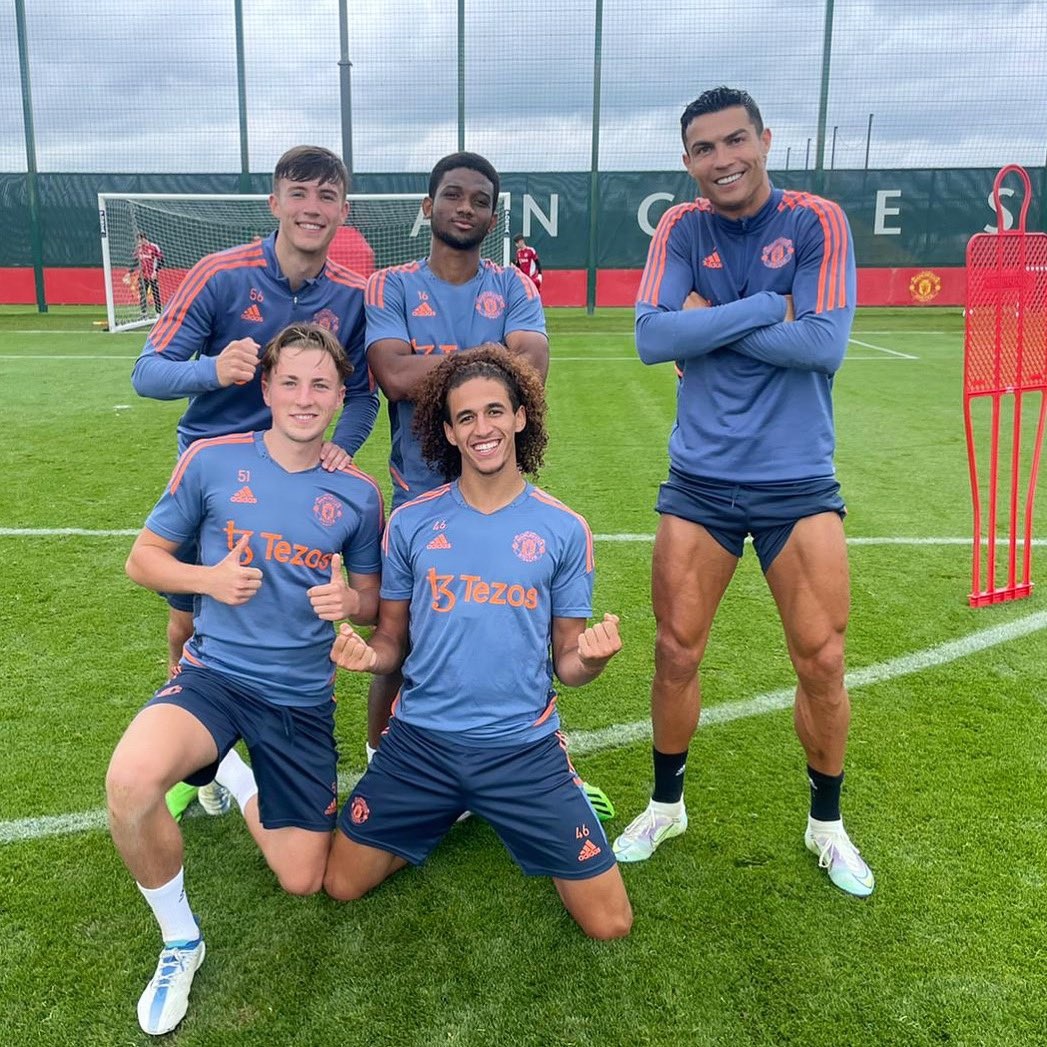 Cristiano Ronaldo has returned to training with Manchester United ahead of their pre-season friendly against Rayo Vallecano on Sunday.

The 37-year-old has taken no part in United’s pre-season preparations so far and has spent an extended amount of time in Portugal due to ‘family reasons’.

Ronaldo has also been pushing to leave United this summer as he is keen to continue playing in the Champions League next season.

But despite his agent, Jorge Mendes, holding talks with Chelsea, Bayern Munich, Paris Saint-Germain, Barcelona and Real Madrid, Atletico Madrid and Sporting CP there have been no takers so far.

Ronaldo returned to United earlier this week and reiterated his desire to leave, only to be told by the club that they have no intention of letting him go.

And Ronaldo is now preparing to join back up with his United teammates as he took part in a training session at Carrington on Saturday.

The 37-year-old posed alongside Amad Diallo, Charlie Savage, Hannibal Mejbri and Daniel Gore for a photo on Instagram which included the caption: ‘Working in progress.’

On Friday, Ronaldo signalled his intent to play against Rayo Vallecano at Old Trafford as he wrote on Instagram: ‘Sunday, the king plays.’

Ronaldo also hit out on Instagram at a post which claimed that he is continuing to ask his agent to secure a move away from United before the end of the window.

‘Impossible not to talk about me one day,’ Ronaldo wrote.

‘Otherwise the press makes no money. You know that if you don’t lie you can’t get people’s attention. Keep going that one day you get some news right.’

Erik ten Hag’s side are currently travelling back from Norway following their 1-0 defeat to Atletico Madrid on Saturday afternoon.