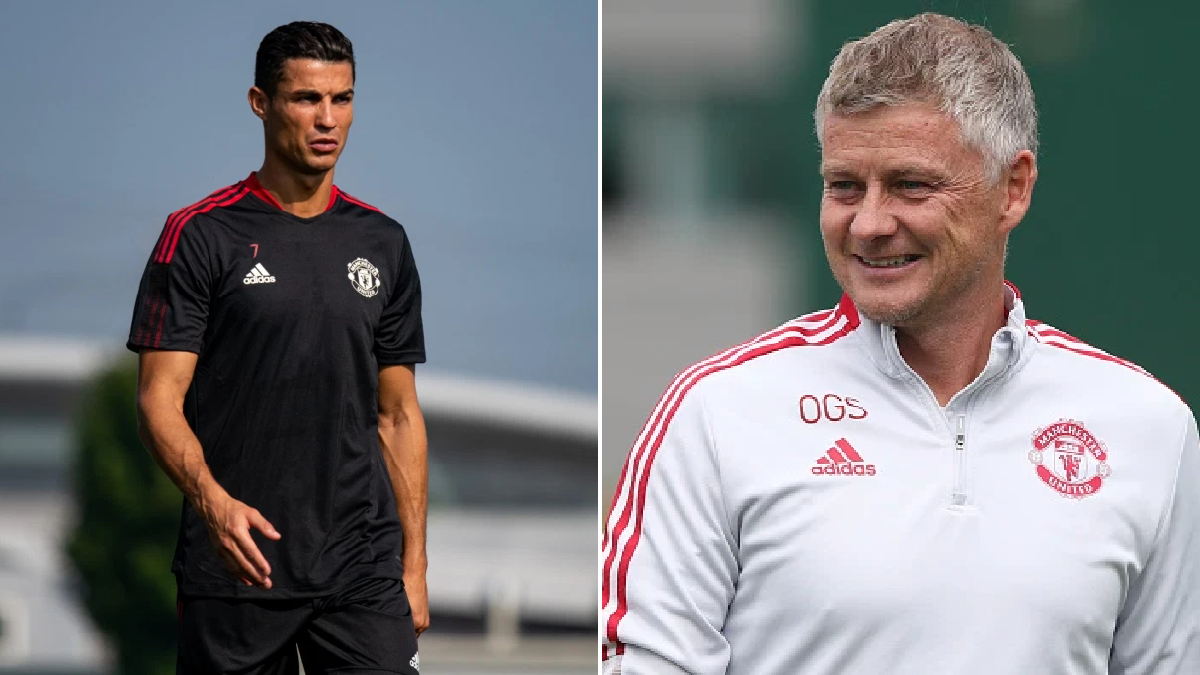 Cristiano Ronaldo has told Manchester United manager Ole Gunnar Solsjkaer that he is ready and raring to start against Newcastle on Saturday, but admits that he’s bound to feel nervous during his return.

Ronaldo was reunited with his former teammate and new boss on Tuesday before he trained with his new colleagues for the first time ahead of the game against the Magpies.

Despite only having four days to prepare for the game with the squad, the Portuguese winger’s fitness is not in question after he spent several weeks with his former club Juventus during pre-season, as well as being involved in Portugal’s recent international break.

The 36-year-old has admitted that he is feeling the nerves ahead of the weekend, but will call on his experiences of his debut during his first spell at the club.

‘I did not expect to start or to even come on in the game [in 2003], so I was super nervous. Of course I will be nervous on Saturday, but I am more mature, I am more experienced,’ he told Manchester United FC.

‘I will be prepared [for Saturday] and I am going to make pressure to Ole now to start [me] in the XI. I am ready to go!’

Ronaldo was talking to former United defender Wes Brown, a teammate of the Portugal international during his first spell at the club, as the pair took a walk around Old Trafford ahead of what could be an emotional competitive return at the weekend.

Donning a United home shirt with his name and number of the back, Ronaldo was captured walking from the Old Trafford tunnel before a separate video, which was posted on the club’s social media channels, showed the five-time Ballon d’Or winner sending a short but sweet message of ‘I’m back’ to his adoring fans.

United will be without Marcus Rashford for the Newcastle clash as he continues to step up his recovery following shoulder surgery, while midfielder Fred is also unavailable for selection after FIFA banned all Brazilian national team players who failed to arrive to international duty.