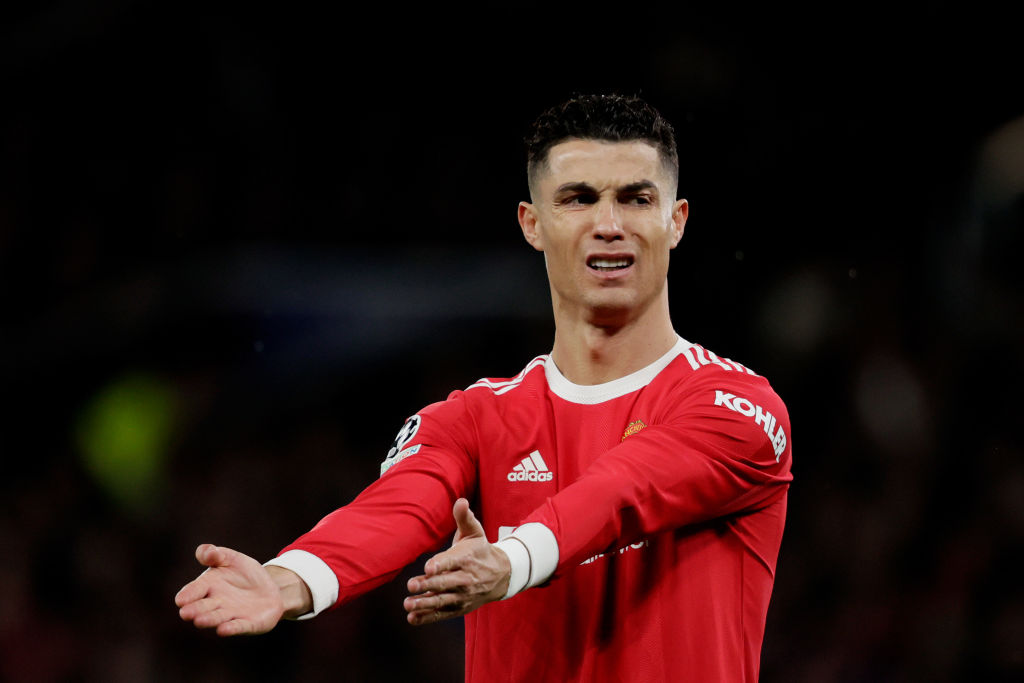 Cristiano Ronaldo’s potential move to Atletico Madrid from Manchester United ‘makes no sense at all’, according to pundit Shaka Hislop.

Ronaldo is on his way back to the UK for talks with United over his future with the 37-year-old eager to leave the club after just one season back at Old Trafford.

Ronaldo is still to return to pre-season training, citing ‘family reasons’, missing the United’s tour of Asia and Australia as they prepare for the new 2022-23 campaign.

United maintain that Ronaldo is not for sale despite his efforts to find a new club.

Chelsea, PSG, Bayern Munich and Real Madrid are among the clubs who have been offered the chance to sign him – with none of those sides willing to do a deal – and Atletico are the latest club to be linked with the Portugal international.

Former goalkeeper and current pundit Hislop feels a Ronaldo move to Atletico would not make any sense given his links to Real, previous fallings out with Diego Simeone and the fact that he does not suit the club’s intense style of football.

‘Atletico Madrid of all clubs? It’s the one that makes the least sense to me,’ Hislop told ESPN FC.

‘Of all the clubs in world football that can afford Cristiano Ronaldo – and let’s be honest, there’s only a handful – Atletico doesn’t make any sense at all.

‘I’m sure Atleti fans will embrace him and take him on if he becomes one of their own, and especially if he starts scoring goals, but right now they have protests around this.

‘You can understand why. But football is a fickle game. Football fandom even more so. But I still don’t see how this makes sense.’

Quizzed on how Ronaldo would fit into Simeone’s system at Atletico, Hislop added: ‘Diego Simeone would have to make an exception for Cristiano Ronaldo.

‘He doesn’t have the legs. You’re bringing him in as an inside-the-18-yard-box striker. You can’t ask anything else at his age.’