‘It’s a potential leg breaking tackle, that’s something we need to stamp out of the game’: Peter Crouch slams ‘ridiculous decision’ not to send off Giovani Lo Celso for stamp on Cesar Azpilicueta as pundits react to call

Peter Crouch has claimed that Giovani Lo Celso’s stamp on Cesar Azpilicueta was a potential ‘leg breaker’ during Chelsea’s 2-1 victory over Tottenham.

The midfielder’s studs came down on the Chelsea defender’s shin, leaving him in serious pain but fortunately without any injury.

Referee Michael Oliver did not take any action and VAR reviewed the incident for some time from different angles, before concluding it was not worthy of a red card. 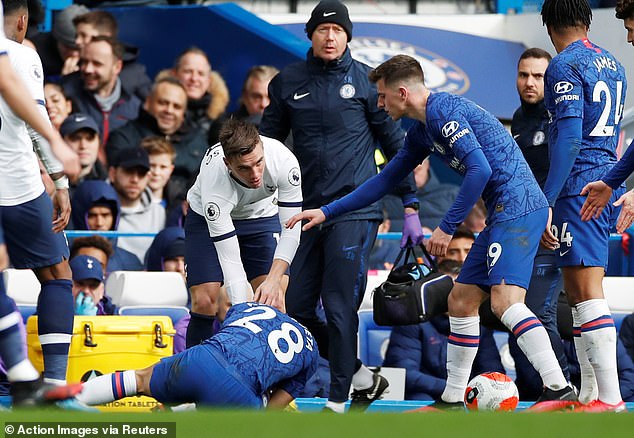 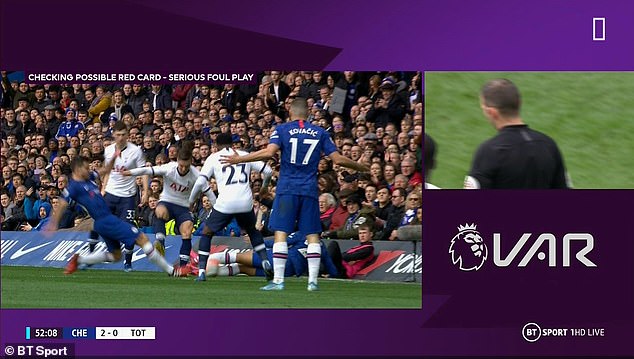 But later in the match, the officials in Stockley Park revealed that it was worthy of a red card and they made a mistake.

Following the game, BT pundit Peter Crouch said: ‘It (VAR) was brought in to take out human error but we’ve still got human error because the referee has not seen it, we go to VAR to have a look at it and they make a ridiculous decision.

‘We’ve got to rule out serious foul play, I mean it could have broken his leg, I go as far to say that. If he puts all his weight on his leg there, it’s a potential leg breaking tackle, that’s something we need to stamp out of the game.’

Former Chelsea player Eider Gudjohnsen said he was surprised that the referee was not told to have a check the on-pitch monitor to have a second look at the incident for himself.

He said: ‘If we think back through the years all the big decisions that have been made I thought it would be a dream to have another look at it. Somehow they are reluctant to do it, I don’t understand it.’

Match of the Day 2 presenter Mark Chapman said he asked why a red card was not issued and he was told: ‘It wasn’t a clear and obvious error because VAR didn’t feel there was anywhere else for him to put his foot.’ 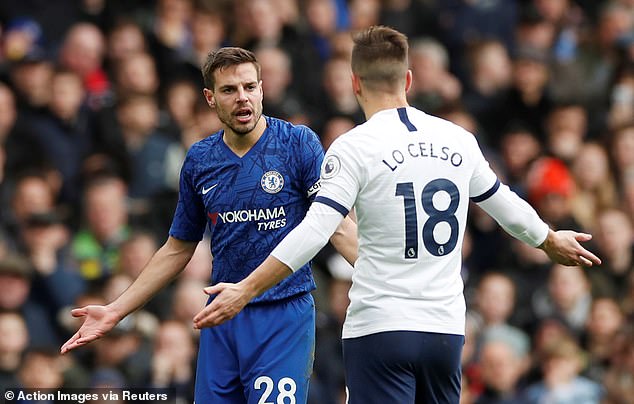 After officials at Stockley Park admitted their error, it was said to be down to human error rather than any issue with the technology.

The incident happened when Chelsea were 2-0 up after 52 minutes thanks to goals by Olivier Giroud and Marcos Alonso.

Antonio Rudiger put the ball into his own to give Tottenham a lifeline late in the game and Lo Celso was on the pitch to potentially get an equaliser for Jose Mourinho’s side.

Chelsea were able to hang onto the victory though manager Frank Lampard, Azpilicueta were both unhappy with the decision to not send Lo Celso off.