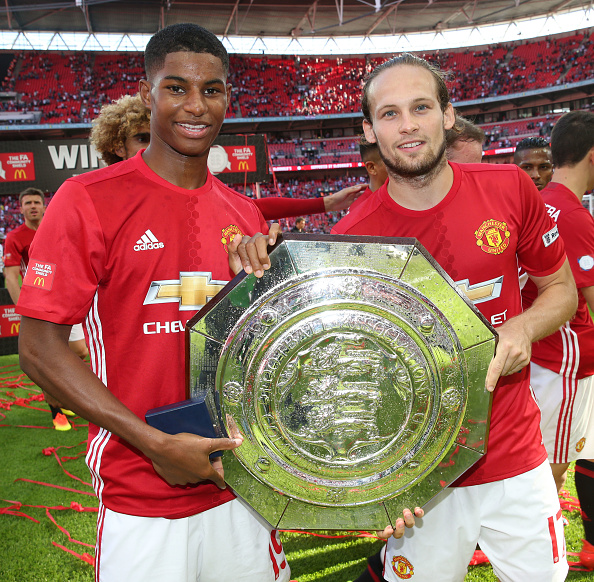 Manchester United forward Marcus Rashford has been convinced to stay at the club after speaking to Daley Blind about the management of Erik ten Hag.

The England forward suffered a disastrous loss of form last term, scoring just five times in 37 appearances in all competitions.

The 24-year-old was minded to leave the club had Ralf Rangnick remained in charge and though the German’s departure improved Rashford’s outlook, he was still unsure over his future at Old Trafford.

However, Goal say that Rashford has spoken to Ajax star and former United team-mate Blind about his future and he’s now excited about the prospect of working with Ten Hag.

Blind informed Rashford about Ten Hag’s hands-on nature and that was music to the forward’s ears, as he’s keen to finally receive the type of targeted training that he feels he’s lacked in recent years.

The forward feels he’s lacked guidance in recent years, with his career bouncing between the management of Louis van Gaal to Jose Mourinho to Ole Gunnar Solskjaer.

Rashford wants to tie down a fixed position and his preference is to play on the left of a front three.

The England star has been working hard in the off-season and he’s uploaded a number of videos onto his social channels that show him doing running drills and ball work.