Former Manchester United defender Daley Blind suddenly collapsed during Ajax’s friendly against Hertha Berlin on Tuesday night in worryingly similar fashion to what happened last December against Valencia. Blind suffered from dizziness in the Champions League match against Valencia eight months ago when he collapsed to the floor.

After going off for tests, Blind was diagnosed with a heart muscle inflammation condition called Cardiomyopathy.

He was then out of action for a few months while doctors fitted him with a subcutaneous ICD.

But there were worrying signs during Ajax’s recent friendly against Hertha Berlin on Tuesday evening.

Roughly 10 minutes before the end of the game, Blind suddenly collapsed to the floor with no opponent around him and allegedly let out a scream. 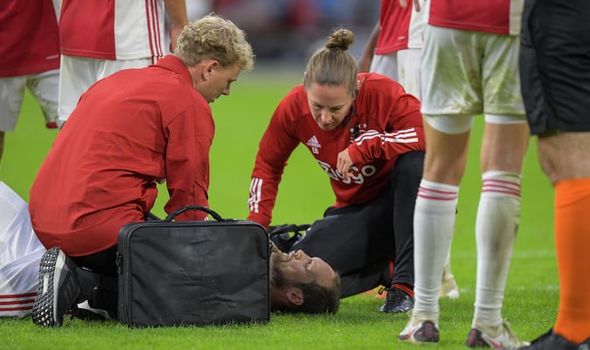 The Ajax medical staff rushed to Blind’s aide with the midfielder gesturing towards his chest.

Eventually, the 30-year-old was able to get back to his feet and walk off the field unaided.

“Daley is doing well, he feels good and has no complaints”, Ten Hag told Ziggo Sport.

“Then he was okay right away and he was changed. He’s feeling fine now.”

He featured in the final four league games while also featuring in two cup games before the season was brought to an abrupt end in March. 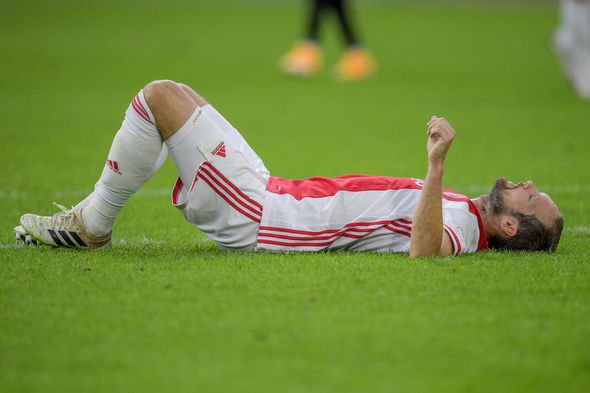 Ajax have been back in pre-season for over a month now with the game against Hertha being their sixth in just three weeks.

They have two more against Bundesliga opposition in the shape of Frankfurt and Union Berlin before starting the new season against Sparta Rotterdam on September 13th.

Ajax were top of the table last season by goal difference when the season was declared null and void due to the coronavirus outbreak.

But UEFA’s directive for qualification for their European competitions meant Ajax will enter the final stage of qualifying for next season’s Champions League.

Leicester vs Crystal Palace prediction: How will Premier League fixture play out today?