Tottenham chairman Daniel Levy should “get as much money as possible” for Harry Kane, according to football agent Bernie Mandic. Kane sparked speculation over his Tottenham future at the weekend as he refused to say he would stay with Spurs for the remainder of his career.

In an Instagram Live session with former Spurs midfielder Jamie Redknapp, the England captain suggested he would leave the north Londoners if he could not see progression at the club.

Kane’s current contract at Tottenham expires at the end of the 2023/24 season.

Mandic believes the coronavirus pandemic will mean that players will be available for cheaper prices over the next few transfer windows.

The Australian, whose list of clients used to include former Liverpool winger Harry Kewell, says Levy can use the expertise of Spurs boss Jose Mourinho in the transfer market to buy a replacement for Kane at a bargain price.

JUST IN: Man Utd can sign both Jadon Sancho and Harry Kane on one condition 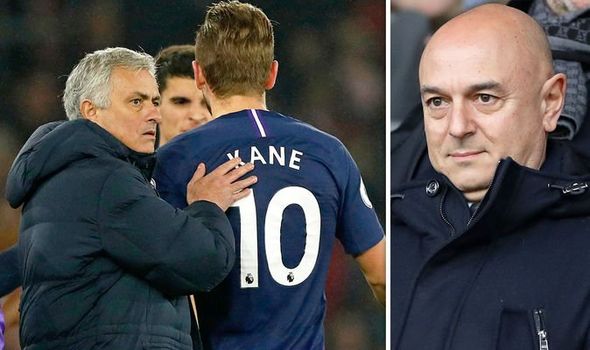 And that is why Mandic thinks Tottenham should look to move Kane on for as much as they can.

Mandic told the Transfer Window podcast: “Well, I think that if I was Mr Levy I’d get as much money as possible for Mr Kane and wish him all the best because he will be able to, or his people will be able to, well and truly, and Mourinho will be the best in the business, pick up incredible bargains because there will be a huge overhang over quality players because clubs simply not being able to meet the contractual obligations.

“So I think the scenario for next season could be very interesting and a smart, cunning, whatever the power of a club like a Manchester City or Liverpool for the moment is not necessarily going to last because someone who is very clever in this market place picks up bargains could have themselves a hell of a competitive team and for a greatly reduced cost.

“That’s my prediction, you will see some very unexpected rises in power with coaches who basically can get players instead of playing £20m or £30m, they can pick them up for £10m.

“There are, I’m sure there are, coaches out there who are the new Mourinhos and new Guardiolas and the only reason they haven’t been able to rise to that level is because they have not had the resources able to compete. Guess what, now they have, by virtue of this disaster.”

Speaking on Sunday, Kane said he wants to become one of the best players in the world and would be prepared to leave Spurs to do so. 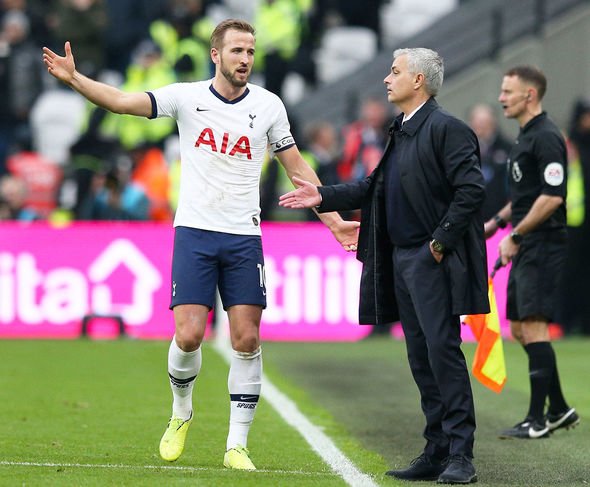 “I love Spurs, I’d always love Spurs, but it’s one of them things, I’ve always said if I don’t feel progression in the team or it’s going the right direction then I’m not someone to just stay there for the sake of it.

“I’m an ambitious player, I want to improve, I want to get better. I want to become one of the top, top players.

“It all depends what happens with the team and how we progress as a team.

“So it’s not a definite I’m going to stay there forever but it’s not a no either.”

Pack players, LaFleur create social justice video
Recent Posts
This website uses cookies to improve your user experience and to provide you with advertisements that are relevant to your interests. By continuing to browse the site you are agreeing to our use of cookies.Ok