Spezia winger Daniele Verde scored arguably the goal of the Serie A season with a stunning overhead kick against Lazio.

The 24-year-old Italian drew Spezia level after 73 minutes with a goal which would have been deserving to win any match.

His stunning goal was not to be rewarded however, as Lazio scored a penalty in the 89th minute to take a 2-1 victory. 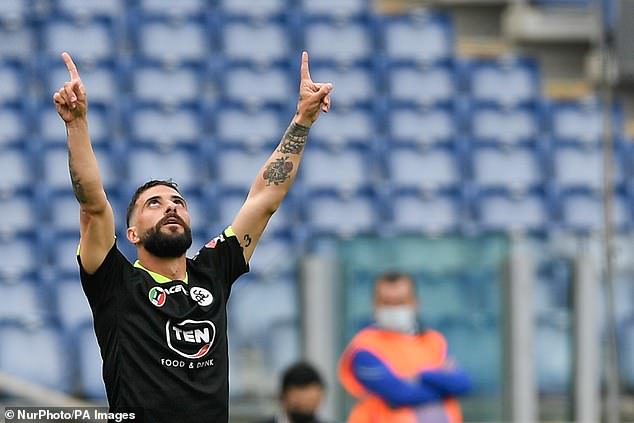 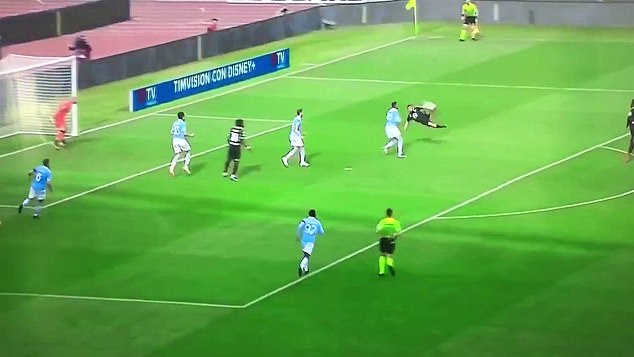 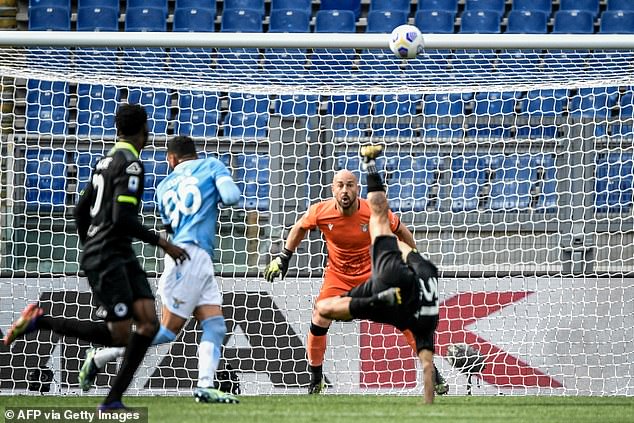 Lazio had taken the lead against the Serie A minnows after 56 minutes through Manuel Lazzari.

But with 17 minutes left, Ghanaian international Emmanuel Gyasi won the ball on the left flank before whipping a cross into the path of Verde.

What followed was a moment of magic as Verde with his back to goal, showed fantastic agility to leap up and perfectly connect with an overhead bicycle kick.

His shot cannoned in off the crossbar and there was nothing that Lazio goalkeeper Pepe Reina could do about it.

Verde ran to the Spezia staff on the touchline before celebrating by blowing a kiss to the camera.

Unfortunately for Verde and Spezia, his goal didn’t get the result it deserved as former Manchester City player Felipe Caicedo scored from the spot late on to hand Lazio the victory.

Lazio would go on to have two players sent off in stoppage time with both Lazzari and Joaquin Correa being given their marching orders.

However the two red cards were too late for Spezia to net a second equaliser.

Spezia sit six points clear of the relegation zone in the Serie A in 16th place with nine games to go. 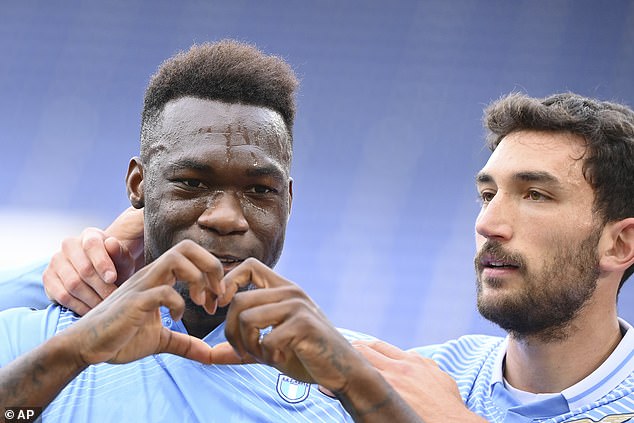