Three points are always welcome — and Mo Salah was in sensational form quite apart from his hat-trick — but this was a big wake-up call for Liverpool.

They cannot be complacent whoever comes to Anfield. For a team that had the best defensive record in the Premier League last season, this was very unlike the Liverpool we saw win the title.

You wouldn’t have known they conceded less than a goal a game last season. 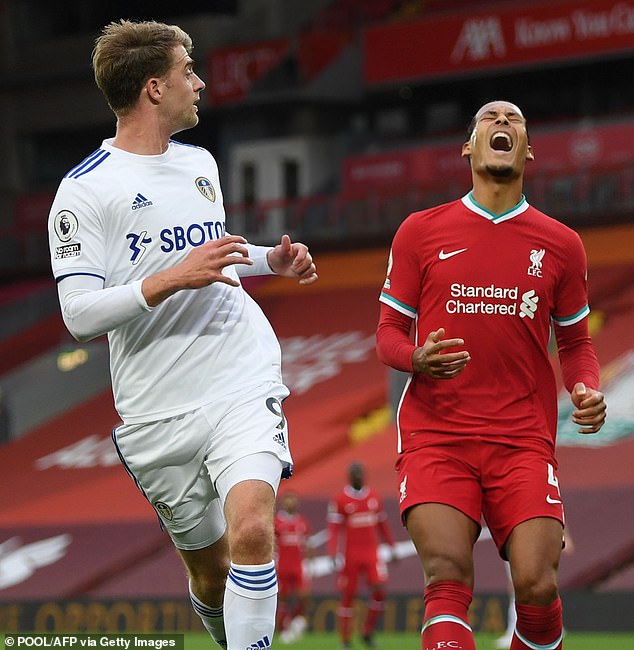 At moments, I thought they missed the intensity of the Anfield crowd and played with a false sense of security, particularly when a Leeds handball allowed them to score early.

It even afflicted Virgil van Dijk — whose concentration is usually one of his best assets. His blunder for the second Leeds goal was uncharacteristic but typified Saturday’s game.

And let’s credit Leeds, they were good enough to take advantage of sloppiness in the home ranks.

The general play and pass from Kalvin Phillips for their first goal was fantastic.

Jurgen Klopp won’t be happy. He said he wanted to attack rather than defend the title, but I don’t think he meant winning 4-3. 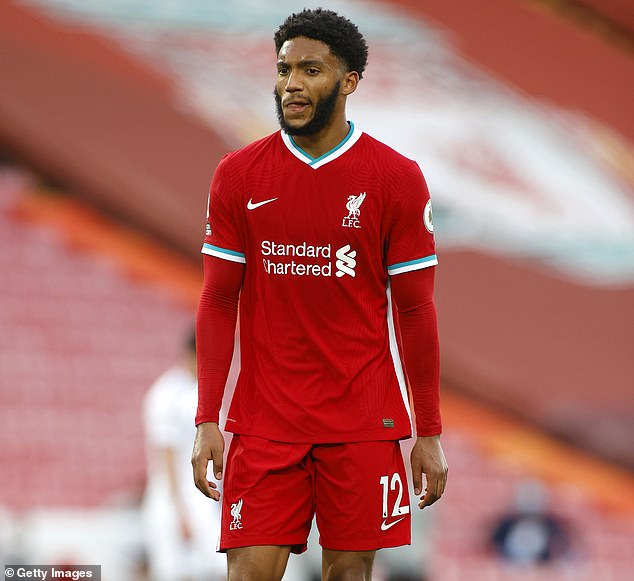 Of course he won’t rip his plans up after one game, it’s far too early to panic. But he will be comforted that he seems to have more strength in depth at the back if conceding goals becomes a longer-term problem.

We have to remember Joe Gomez has only just turned 23, still young for a top player who is learning the centre-half position. Having Joel Matip fit again will provide Gomez with proper competition because Van Dijk-Matip is a very good partnership and I think that will help the England player’s focus.

Of course, the beauty of this Liverpool team is that if the defence have a rare off-day, they have outstanding match-winners at the other end of the pitch. 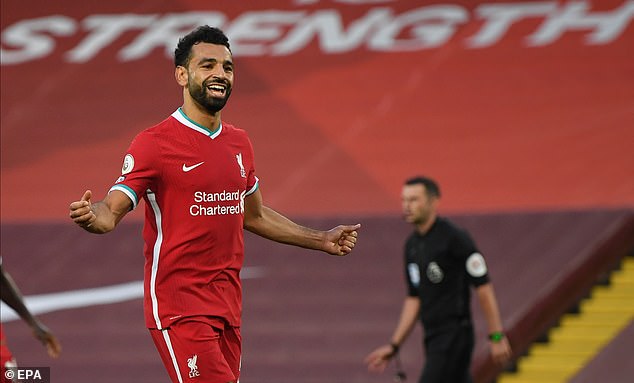 In addition to his goals, Salah’s all-round performance against Leeds was of a high standard

It was Salah’s turn this time. He’ll get headlines because he scored three goals but I was struck by his all-round game.

He looked fantastically sharp and hungry.

I’m glad I tipped him to win the Golden Boot in my season’s predictions last week — he must have a chance now!

There has been a shorter than usual break between seasons but I think the entertainment at Anfield has given the new Premier League campaign an immediate boost.

It was breathtaking. Leeds were terrific and Liverpool attacked like champions but if they forget to defend it’s going to be a much tougher season.