Former Newcastle winger David Ginola has warned it could take five to six years to reshape the Magpies following Sunday’s thrashing at Tottenham.

Eddie Howe has guided Newcastle away from the relegation zone after he was appointed by the club’s wealthy Saudi owners in November.

But Newcastle were given a rude awakening at Tottenham as they slumped to their third successive defeat. 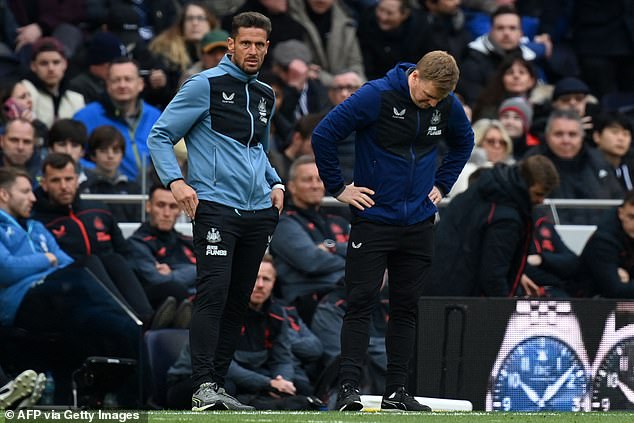 And Ginola, who part of Kevin Keegan’s ‘entertainers’ in 1996, said Howe had his world cut out to create a new identity for the team.

He told Sky Sports: ‘I was disappointed. Not with the result. With the reaction. 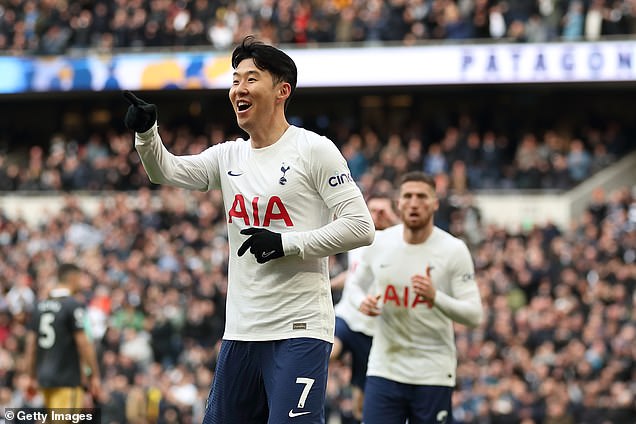 ‘There are glimpses of that in the game but it’s not enough.’

Tottenham recovered from going behind to Fabian Schar’s free kick to comfortably beat Newcastle and moved up to fourth in the Premier League.

Ginola added: ‘If I was working with the club, seeing a game like that, five goals conceded after opening the scoring. I’d be saying is this a professional team? Really? The way they conceded five goals.. the defending was poor. 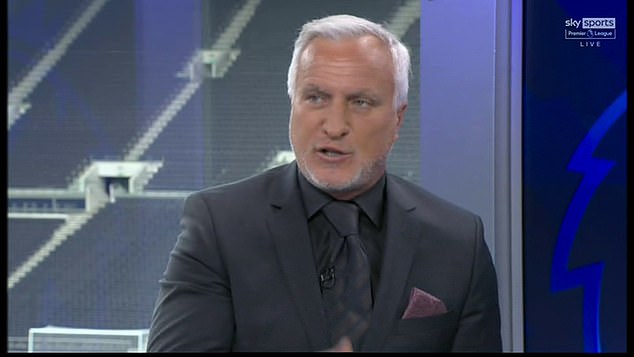 ‘This will take five to six years to build the team. They don’t have to get rid of everyone. They have to reshape the team.

‘The dressing room for me is vital. If they are not getting on well then they can’t perform on the pitch.

‘The environment we had as the Entertainers was amazing. We enjoyed playing together, being together. They need to build a family. The football club is a family.’