‘I thought he played exceptionally well’: David Moyes praises Oliver Scarles – making his ‘surreal’ West Ham debut – after the 16-year-old stole the show in 3-0 win over FCSB in Bucharest

Oliver Scarles admitted his West Ham debut was ‘surreal’ after the 16-year-old stole the show in a 3-0 win over Romanian side FCSB in Bucharest.

Two goals from Pablo Fornals and a deflected effort from another teenage debutant, Divin Mubama, ensured the Hammers – already through to the last 16 of the Europa Conference League – became the first team in the competition to win all six of their group-stage matches.

Manager David Moyes was able to give 14 senior players, including Declan Rice, Jarrod Bowen, Kurt Zouma and Michail Antonio, the night off. 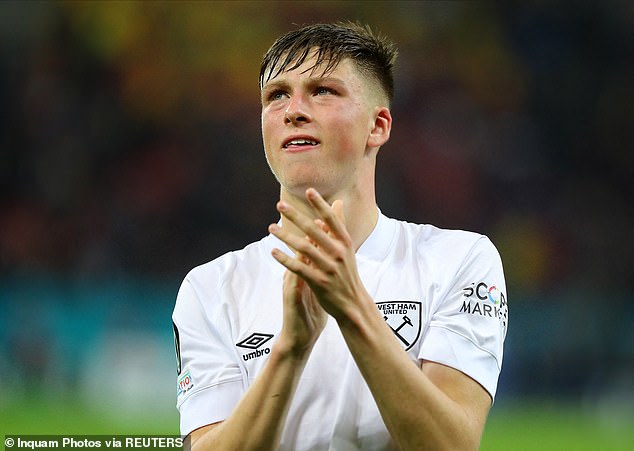 Yet it was still a mature performance from a line-up including first appearances for midfielder Scarles and homegrown striker Mubama, 18, as well as rookie substitutes Freddie Potts, Keenan Appiah-Forson, Kamarai Swyer and Kaelan Casey.

Scarles, who became West Ham’s sixth-youngest player, told BT Sport: ‘It was just a surreal experience, just to make my debut and be with these boys.

‘Yesterday and today has been an amazing experience and something you dream of.

‘It was Wednesday morning when we’d done the first training session and (Moyes) sent a few of my lot to do finishing practice. Then we had the 11 starting in positional practice and I was in that, and my heart dropped! 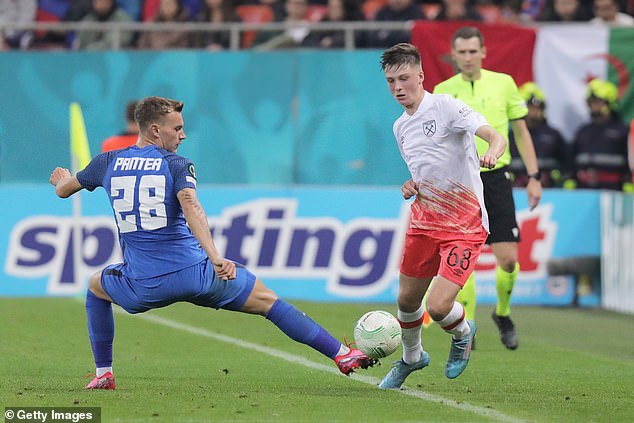 The 16-year-old, making his debut for the club, impressed on the left hand side in a youthful West Ham side

Fornals opened the scoring five minutes before half-time when he let Ben Johnson’s long ball bounce in front of him on to his left foot before lashing home a superb first-time finish.

Mubama capped his memorable night when he scored with a header, albeit via a deflection off Joyskim Dawa which saw it logged as an own goal.

The third came fittingly from one of many dangerous crosses from Scarles, which goalkeeper Stefan Tarnovanu palmed straight to Fornals who crashed the loose ball into the net.

Spanish midfielder Fornals has been in and out of the side for Premier League matches this season, but as one of the senior pros on show he made a point to Moyes with his well-taken brace. 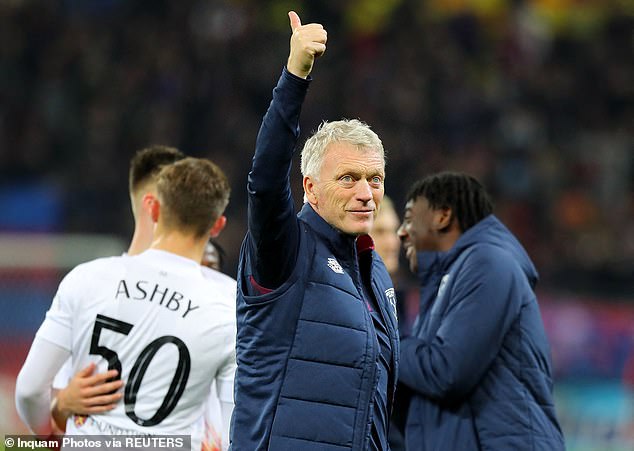 ‘We were already qualified, but we came here for a difficult game with a lot of kids, so we should be really happy and grateful that the ‘Academy of Football’ is still supporting the first team,’ Moyes told BT Sport.

‘We could see from the first moment that Divin and Ollie were playing really well. We saw how Divin celebrated the goal, he was buzzing and his family will be buzzing at home. 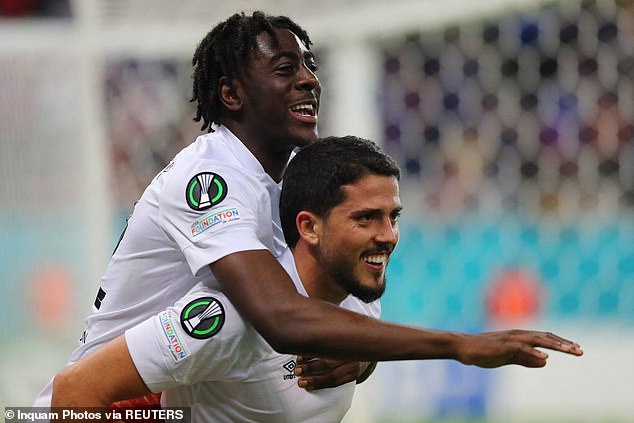 ‘Now the players who are here are not playing as much as we would like, but we came here to do our best. This was was our chance and it’s important for the other players to know we want to play just as much.’

For Moyes attention now turns back to trying to climb the Premier League, but he was able to enjoy a hugely satisfactory night for the club.

He said: ‘I hope we’re getting future pressure on the boys in the first team. All the boys played really well tonight. It was a thoroughly deserved victory and we could have scored more goals.

‘I thought Ollie Scarles played exceptionally well. Divin got a goal, although it’s classed as an own goal, but he’s a young centre-forward and you could see what it meant for him to score a goal.

‘I think we have played well at times this season, and tonight was another.’ 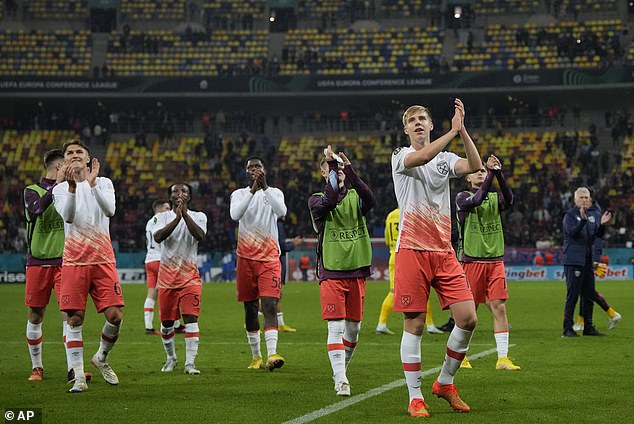