The Argentina midfielder signed for the club six years ago and since has made well over 200 appearances, with most of them coming under Moyes.

This season, however, the West Ham boss has handed the 29-year-old former River Plate star only four Premier League games. 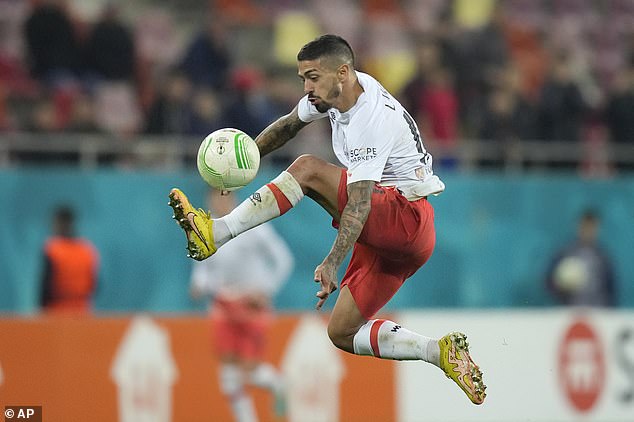 That could change today as Moyes plots how to beat Crystal Palace at the London Stadium.

It was pointed out to the Scottish coach that Lanzini has scored more goals against Palace than any other team in his career (six in ten games).

‘Now I know that stat, it might make me think a bit more about that,’ Moyes admitted ‘He’s a great little character, we like him and he’s been a great servant to West Ham. 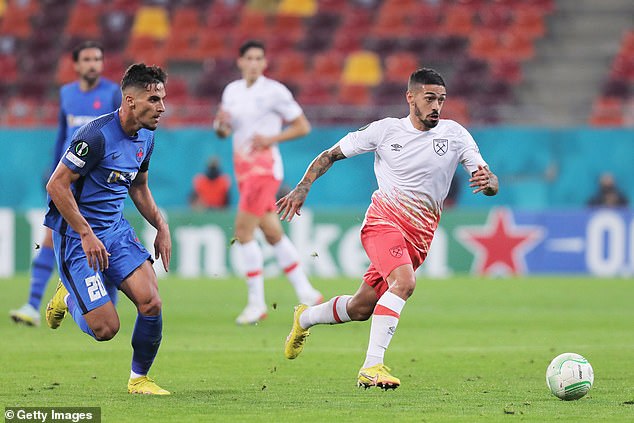 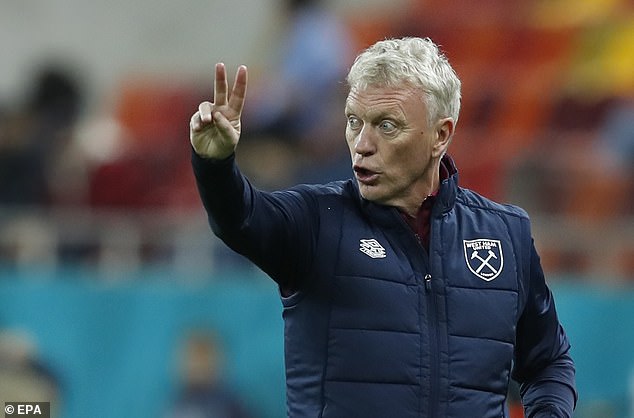 Speaking about Lanzini, Moyes said: ‘We like him and he’s been a great servant to West Ham’

‘He’s still doing that really well. He has played a lot of the games in Europe and he’s around the first team. We like him a lot.’

Moyes explained his versatile midfielder has faced ‘stiff competition’ this season after eight new signings arrived in the summer and it has never been harder to secure a first team start during his reign in East London.

Moyes added: ‘If you look over the last few years he’s done a brilliant job for us. 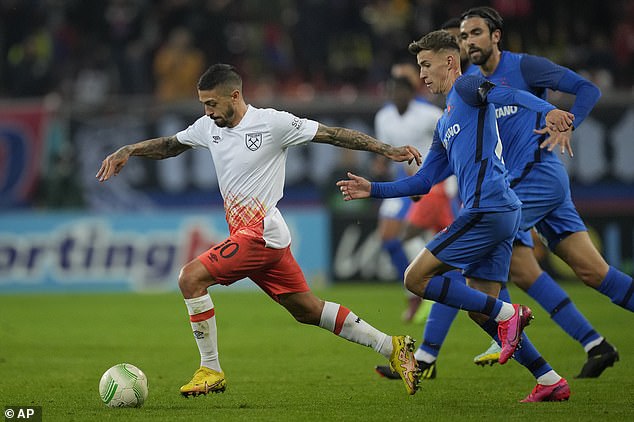 ‘I have to say on his physicality, his numbers are excellent.

‘We are really pleased with Manu and we like having him. Obviously, there is stiff competition ahead of him but we like him and see him as a real important member of the squad.’