Tony Cottee was the last Hammers player to reach the milestone – scoring 22 times in the old Division One in 1986-87 – while Paolo Di Canio’s 16 strikes in the 1999-00 campaign is the club’s highest individual haul of the Premier League era. 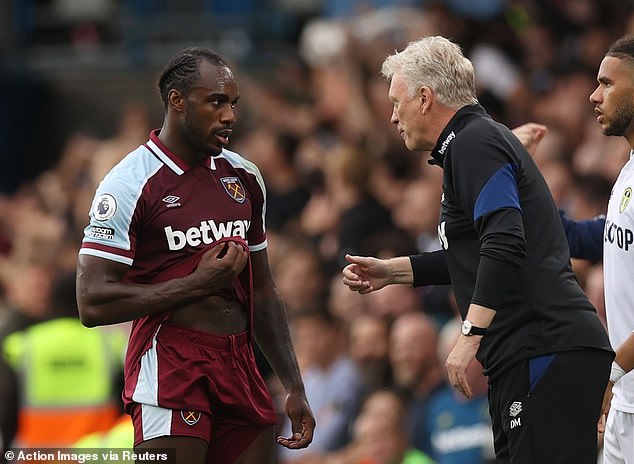 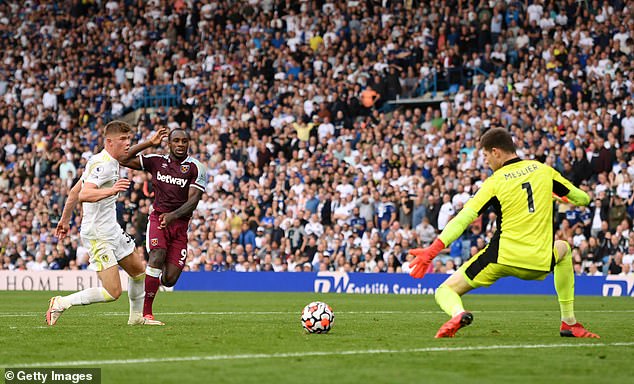 Moyes, whose side host Brentford on Sunday at the London Stadium, believes the feat is ‘not beyond’ 31-year-old Antonio.

‘It’s really important that we do get a striker who contributes those figures if we can because your goals will definitely get us up nearer the top,’ said Moyes. ‘Mic’s winning goal in the 90th minute the other day was magic for us and you need a centre-forward (capable of that).

‘You see (Cristiano) Ronaldo do it for Manchester United and what it can do to your football club and to your team, how it lifts us, it gave us an incredible lift coming away from Leeds with three points.

‘I think it’s a challenge for Mic to get 20 goals, I think he should be putting it down (as a target), it’s something that he should be attempting to get to.

‘It’s certainly not beyond him. I think the challenge to Mic would be to sit down and say look, “can you get to that?”. 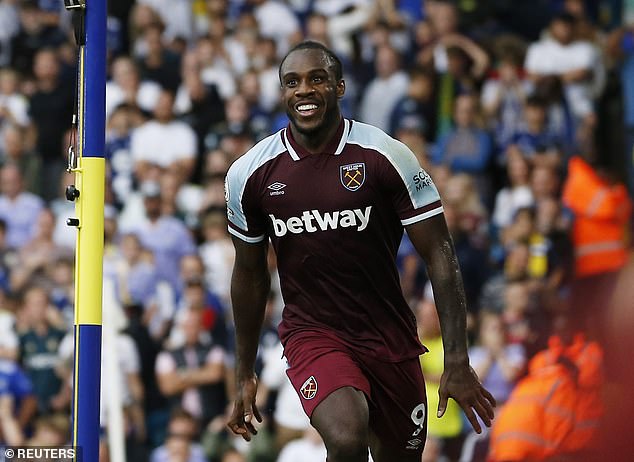 ‘He got 10 last year and I think the first challenge would be to say, “come on, you’ve got to get more than 10 right away”, that would be the first thing, not to look too far ahead, let’s try and get 10 as quickly as you can and then let’s see what you can do after that.’

The weekend visit of newly-promoted Brentford promises to be a tantalising encounter, with Antonio at one end of the field and Ivan Toney at the other.

Prolific Bees striker Toney broke the Sky Bet Championship scoring record last season by registering 31 times as Thomas Frank’s men came up through the play-offs – and he already has two goals in the higher division.

Moyes previously contemplated a move for the 25-year-old but dismissed suggestions he was interested during the summer. 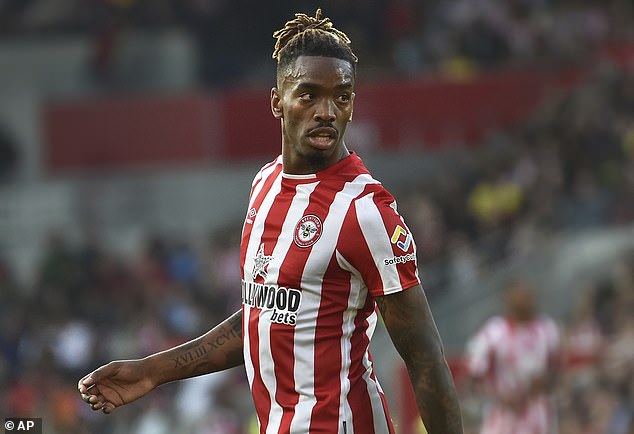 ‘We scouted him a lot at Peterborough, I’ve got to say,’ said Moyes, who unsuccessfully attempted to recruit an understudy for Antonio in recent months.

‘Sometimes you find something, sometimes you don’t. He was certainly one in the ‘do we, don’t we’ category when he was at Peterborough. Any talk about we were going to do something in the summer, that was wrong.

‘He’s someone who looks very hungry to prove himself in the Premier League – when you’ve got that hunger and determination it’s a big ingredient.