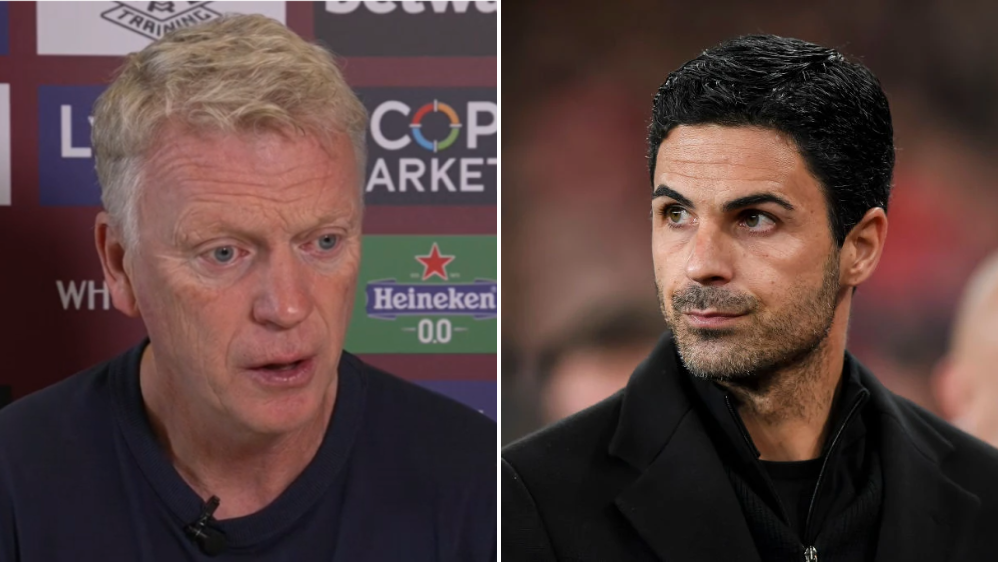 West Ham manager David Moyes says he is ‘not surprised’ to see Arsenal making an early Premier League title challenge and has singled out Martin Odegaard for praise.

The Gunners reclaimed their place at the top of the Premier League on Sunday with a 3-2 win over struggling Liverpool at the Emirates Stadium.

Arsenal only finished fifth last season but a strong summer transfer window has raised the level in north London, with Mikel Arteta’s side winning eight of their first nine games this term.

Moyes is not surprised by Arsenal’s brilliant form and says he was an admirer of Arteta even when some were questioning his credentials as a Gunners boss.

The former Manchester United manager also named Norway international Odegaard as the player who has made a ‘real difference’ at Arsenal and helped the club become title contenders.

‘It doesn’t surprise me,’ Moyes told talkSPORT when asked about Arsenal’s title-winning form. ‘I used to listen to pundits criticising Arsenal but they have been a really good team for a while and nobody was giving them the respect.

‘They brought in [Martin] Odegaard and he’s made a real difference in the position he plays for them and makes it really difficult for opponents.

‘I think Mikel had an idea of what he thinks it should look like. After working with Pep [Guardiola] for a few years and giving him that guidance on how to prepare a good team, it was just I felt that nobody was giving Mikel any credit whatsoever.

‘He’s a really diligent boy and a young manager learning his way. He’ll make a few mistakes, but I did too and everybody does when you are in management in the early years.

Norwich boss Dean Smith has also discussed Arsenal’s superb start to the 2022-23 campaign and says the team’s form has transformed the atmosphere inside the Emirates.

When asked if the Gunners have surprised him this season, Smith told BBC Radio 5 Live’s Monday Night Club: ‘Yes and no. I think the consistency they are showing in getting the results has probably surprised everyone a little bit.

‘It’s not been every game they are playing where you would have expected them to win. You look at the game against Liverpool and they actually created the better chances in the game.

‘You can feel that in the stadium as well. Just listening to Sunday’s game, it felt like the crowd was lifted as well and sometimes the Arsenal stadium can be one that isn’t the most atmospheric in the world, but they have certainly got that momentum at the moment.

‘They just missed out in the last game on top four qualification so it wasn’t a massive step they had to take.

‘They were playing well and well enough, they just had to start getting results against the ones who were above them which they have done in the first nine games this season.’