If Kevin De Bruyne ends his career without a Champions League winner’s medal, it would feel extremely unfair to those who have watched him set a new standard for Premier League midfielders.

There have been many such missed chances across the decades: Johan Cruyff never lifted the World Cup and Lionel Messi has yet to taste glory in a major tournament with Argentina. Steven Gerrard could not deliver a first top-flight title since 1990 for Liverpool, while Ronaldo – Brazil’s attacking genius – was never part of a successful Champions League campaign.

At things stand, De Bruyne is in the same boat as Ronaldo. Manchester City’s midfield conductor at least has time to rectify the situation but he turns 29 in June and will be desperate to add club football’s greatest prize to his CV – especially with a possible two-year ban from the Champions League hanging over his current club. 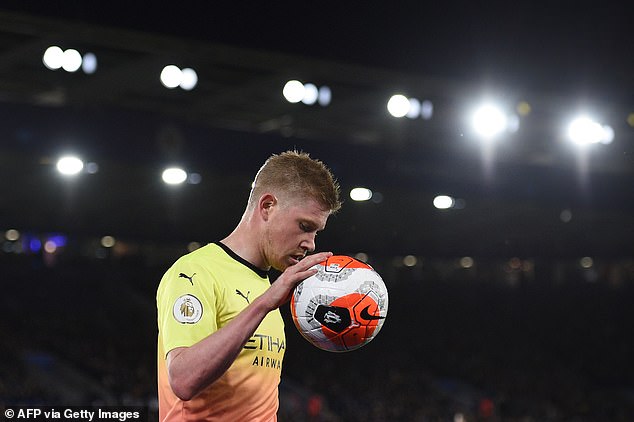 City say they have broken no rules and will contest UEFA’s punishment at the Court of Arbitration for Sport. Yet as they approach Wednesday’s Champions League last-16, first leg tie against competition specialists Real Madrid at the Bernabeu, the stakes could hardly be higher.

The best players will generally end up winning the biggest prizes, but sometimes simple career choices – sliding doors moments – mean they fail to do so. Had De Bruyne been signed by Madrid instead of City in 2015, he would now have three Champions League winner’s medals in his pocket.

If any player can help City forget their off-field troubles and drive them towards unconquered territory, it is De Bruyne. Here in the 1-0 win at Leicester, he was not as spectacular as on other occasions yet there is a relentlessness to his performances than few others can match.

Though the home side started brighter here and were the width of a post away from taking an eighth-minute lead through Jamie Vardy, it did not take long for De Bruyne to bend the game to his will.

Drifting into the spaces between his fellow Belgians Dennis Praet and Youri Tielemans, De Bruyne was at the heart of everything, sending full-backs Kyle Walker and Benjamin Mendy scurrying down the flanks or playing Bernardo Silva and former Leicester attacker Riyad Mahrez into promising positions.

Just before half-time, De Bruyne released Sergio Aguero for a glorious clipped finish, only for the goal to be correctly ruled out for offside. 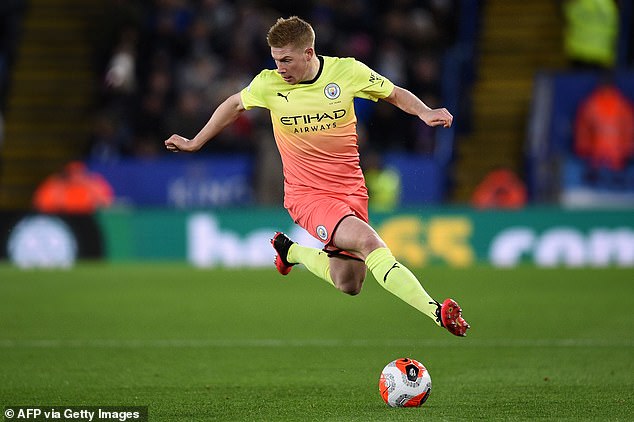 Early in the second half, De Bruyne glided into the Leicester box after Youri Tielemans had been caught dawdling by Rodri, cut inside and hit a low strike that seemed certain to best Kasper Schmeichel at his near post. Somehow, the Dane adjusted his balance and kept it out.

Then, as City continued to dominate possession, De Bruyne played a fabulous back-heel that freed Mendy close to the six-yard box. Again, Leicester’s committed defending kept the ball out of their goal.

When Aguero missed from the penalty spot after Praet was rightly penalised for handball following a VAR check, City could have been forgiven for thinking that this was not to be there day. 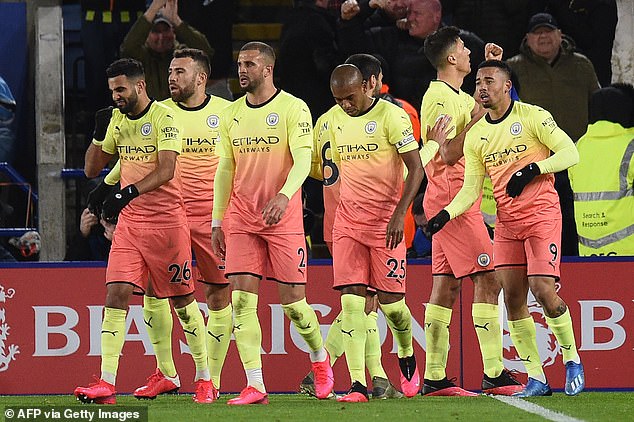 With players like De Bruyne on the pitch, though, there is no such thing as a lost cause, no question of settling for a draw. Time and again he surged towards the Leicester defence and kept his team-mates focused on the cause.

Sure enough, the goal eventually arrived. Mahrez charged in off the right flank and slipped the ball to substitute Gabriel Jesus, who took the ball early and beat Schmeichel from close range.

Real Madrid have the individual talent to do more damage to City than Leicester did but with De Bruyne in City’s ranks, they will believe they can prevail.