Arsenal boss Mikel Arteta angrily claimed the media had misinterpreted comments he made about team spirit after a dogged 1-0 victory against Chelsea on Wednesday night.

Young midfielder Emile Smith Rowe scored the winner after Jorginho’s mistake, and the visitors kept out the Blues attack resolutely to secure what could prove a crucial result in both sides’ attempts to qualify for European competition next season.

Arsenal currently lie eighth in the Premier League and have sustained heavy criticism from outside the club after what has widely been seen as another underwhelming season under Arteta’s stewardship. 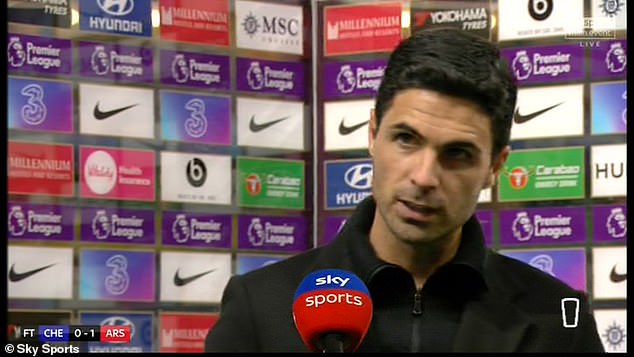 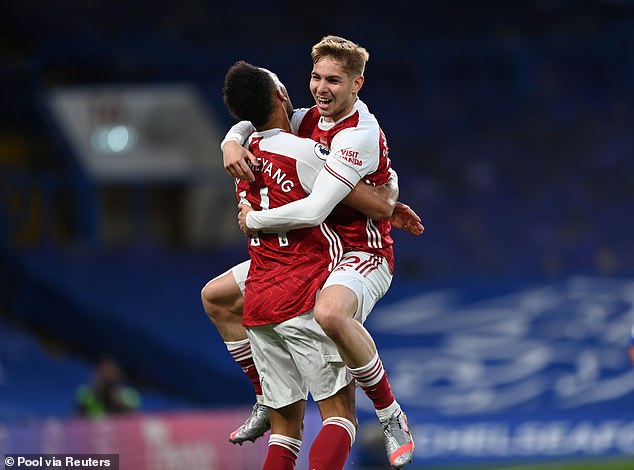 But after the match the Gunners manager defended his players strongly and blasted the press for what he described as misconstruing his previous statements about the squad’s efforts.

He said: ‘Nothing is broken, inside nothing is broken. I don’t know what they are going to try from the outside but inside, no. They will try to put things on me that I never said. You can see the spirit of the team from the first minute.

‘It doesn’t matter if we’re playing to be seventh, eighth, ninth, you can see and you can never doubt about their efforts and how much they try. Something that I didn’t say (has been put on me).

‘I said if I don’t get 120 per cent from each player, it’s my fault and my responsibility. It wasn’t (written) like this in the press and I am so annoyed with that. My players I will defend them in front of anybody for the rest of the time that I am here because they deserve it and earn it every single day.’ 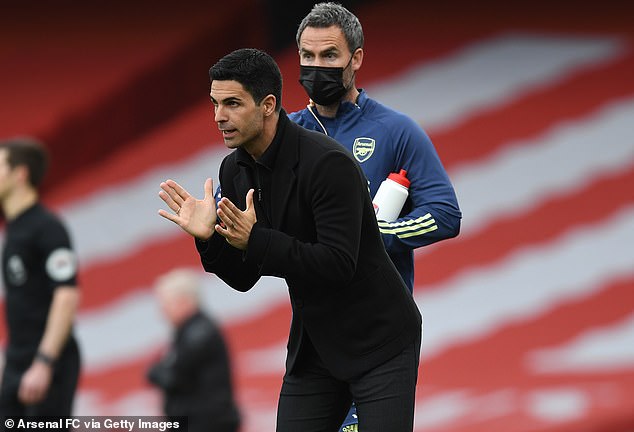 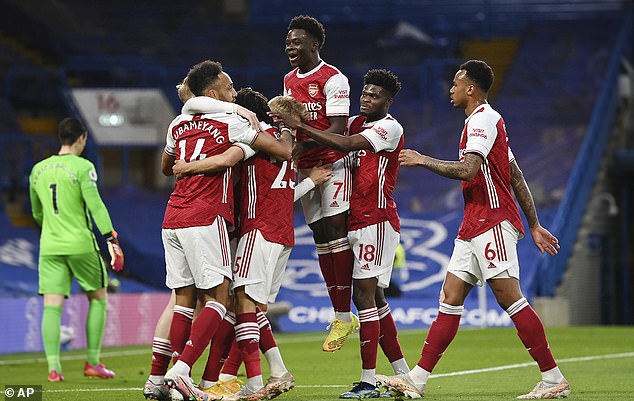 When asked directly if a comment from a press conference was portrayed differently by the media, Arteta responded firmly: ‘Yes. They (the players) don’t deserve that. They give me every single day, everybody that is here does that. If they don’t, I’m not here or the player is not here.

‘The only thing I demand until the last day is they give me everything that they have. That’s all. I’ve said we can play better, worse, win, lose, but that is unquestionable and non-negotiable, 100 per cent.

‘Because there is competition and a level you play. I am happy; right from the first minute (we had) the attitude and the desire to win. We did it and we put everything that we had to get the right possible result and we did it.

‘They can try but they are not gonna break that. I know the chemistry, not just with the players but with our staff, all the coaching staff, with the board and they cannot touch that.

‘If they try to touch it it can be with opinions but not with something that I have never said – I’m not taking that and it is the first time that I have to make my point.

‘It is a big win for the club, for the players and for our fans. I know how much a London derby means and it’s been 10 years since we won in this ground.

‘It showed today that we find a way to win. It is the way we play. It is in our DNA, our philosophy to try to do that. We had opportunities to press the right way and we were lucky and we scored. We did it for one reason: to play better and make it harder for them.

‘It has been a really tough season because we faced something unprecedented in the outside world and in this football club. But we put all our passion, our energy, our knowledge and our togetherness to get through any moment and any obstacle and try to be as good as we can.’