Dele Alli says there is no magic wand that will get Tottenham back to the level  they were.

It is just over two years since midfielder Alli was part of the Spurs team that was competing at the top end of the English, culminating in a run to the 2019 Champions League final.

Since then things have gone downhill and they hit a new low in Sunday’s 3-1 north London derby defeat to Arsenal which saw new boss Nuno Espirito Santo come under early pressure.

Spurs undertook an overhaul of their squad in the summer, with a number of long-term players leaving and being replaced with ones for the future, and it started well with three successive Premier League wins to open the campaign.

But three dismal defeats since then have reminded everyone just how far Spurs have to go, with Alli insisting there is no quick fix.

“Last weekend, I’m sure the fans felt it a lot but believe me the players felt it a lot more. We were devastated,” Alli told SpursTV after a confidence-restoring win over NS Mura in the Europa Conference League.

“We know we’re going through a period where it’s important we all stay together. The fans, the players and the coaching staff.

“We’re building, we’re working. The transition from last season, if anyone thought it would be magical and just all slot into place, that’s not the way it works. 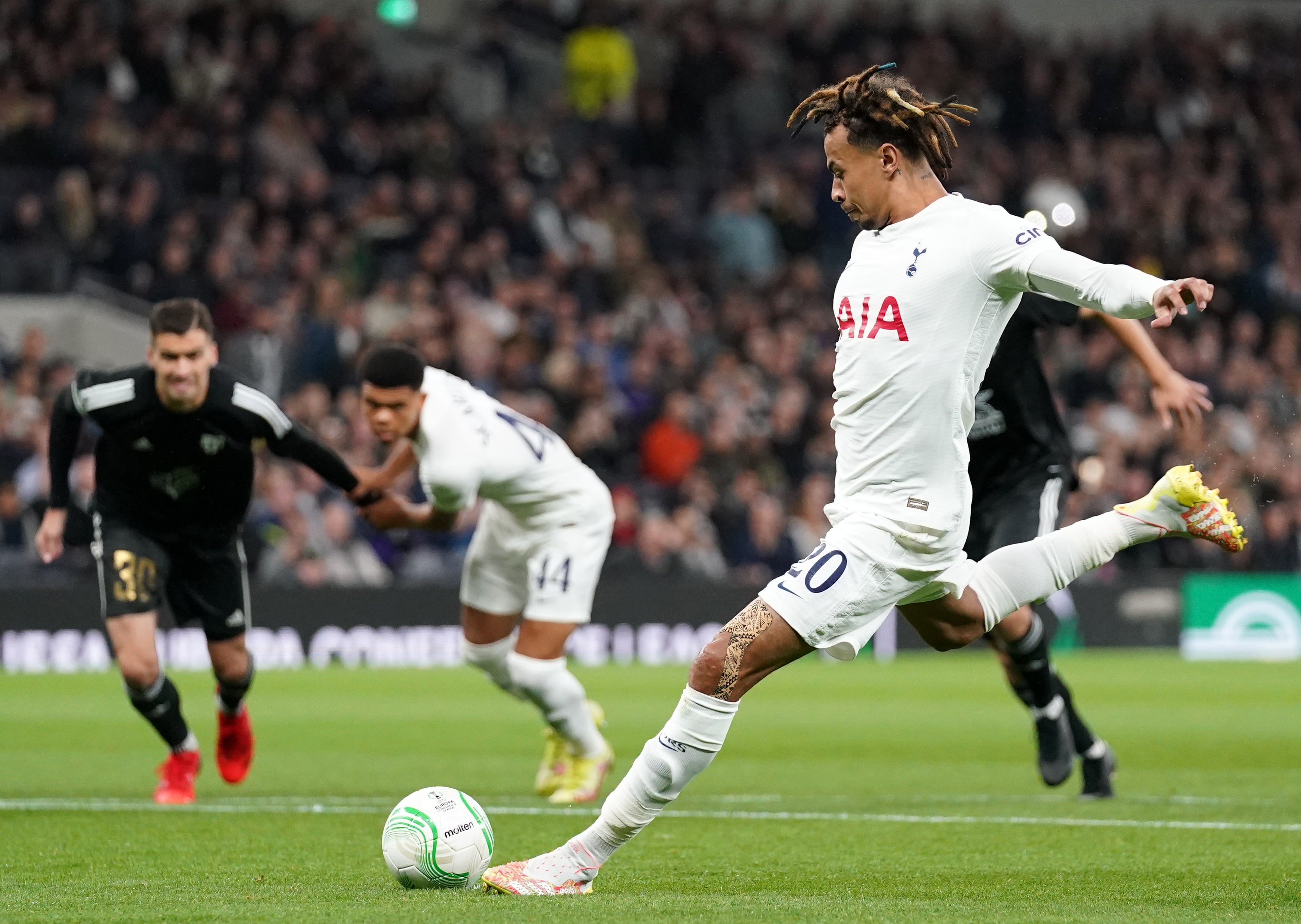 “Hopefully not too much time, we know that, but we want the fans to stick behind us. We’re going to keep working, keep fighting. We’re building something.”

The opening 45 minutes at the Emirates Stadium where Spurs found themselves 3-0 down, was one of the most dismal performances in a north London derby in recent times, with Alli hooked at half-time.

Alli said the dressing room was hurt by the performance and he especially felt the pain of being taken off.

“I’m sure you could imagine. It’s hard for us to take,” he added. “We know much much it hurt the fans but believe me it hurt the players just as much, if not even more.

The transition from last season, if anyone thought it would be magical and just all slot into place, that’s not the way it works

“For me personally, being subbed at half-time as well, [resulted in] a couple of sleepless nights. We know what we have to do. To keep working, to believe in the process, everyone at the club – the fans, the players – they have to believe in what we’re doing. We have to keep working, keep fighting every day, keep trying to improve.

“There’s a lot of things we know we need to work on. And I go back to saying this, it’s not going to be a click the fingers and we’re back to where we want to be.

“It’s a process and we believe it in as players and coaching staff, and as a club we believe in it. So we have to keep working and keep fighting.”