The 29-year-old left-back will now remain at the club until the summer of 2023.

“I don’t take any contract renewal for granted, but especially right now, I’m very grateful and fortunate to have the opportunity to continue my journey here with this amazing team.

“It’s an exciting time to be a part of Manchester City and in my mind, I didn’t want to be anywhere but here – this club is home for me, and it was an easy decision to extend my stay.”

Stokes first joined City in 2015 and has won six trophies during her time at the club; one Women’s Super League (WSL) title, three Women’s FA Cups and two League Cups.

Head coach Gareth Taylor is pleased to have tied down the 58-cap England international, who made her 150th appearance for City earlier this season. 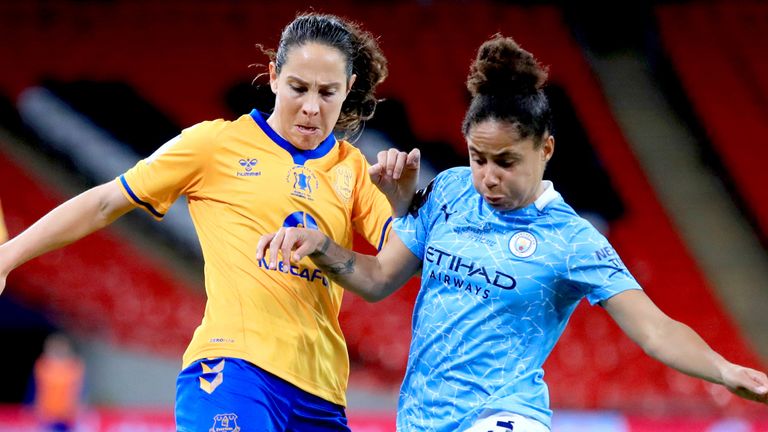 “We’re delighted to see Demi commit her immediate future to Manchester City as she’s been a big part of the club’s successes over the past six years,” he said.

“She is a very important member of the team and we’re looking forward to continuing our journey together over the next few seasons.”

Manchester City are currently second in the WSL, two points behind leaders Chelsea, and are also through to the Champions League quarter-finals after an 8-0 aggregate win over Fiorentina.