Liverpool manager Jurgen Klopp will not get a post-match handshake from Diego Simeone at Anfield as his opposite number believes they are “false”.

After their 3-2 win over Atletico Madrid at the Wanda Metropolitano a fortnight ago, the Reds boss could only watch on as Simeone darted down the tunnel at the final whistle without any acknowledgement.

Klopp was initially annoyed but later played down any long-lasting tension – but Simeone has said post-match pleasantries are just not something he gets involved in.

“I don’t like the greeting after the match because they are the emotions of two sides in different emotional minds,” he said.

“I know in the UK it is a custom and a sign of respect but I don’t share it and I don’t like the falseness it may include so I behave how I feel.

“I don’t know Klopp as a person very well but I know he is a great coach who has done great work at every club he has been at.”

This will be the fourth meeting in three seasons between the two sides and the last couple, Liverpool’s thrilling win a fortnight ago and Atleti’s Anfield victory in March 2020 which knocked out the holders, have had all the elements of a great modern-day rivalry.

Simeone, however, insists he and his players go into this game with a clean slate.

“It’s two great stadiums with two great sets of supporters with two clubs who want to continue growing globally so I think it is normal to be considered a great match,” he said.

“It isn’t about getting back at someone, in football it doesn’t exist. There’s no sense of ‘Let’s get back at them’.

“It’s a new match and whatever result tomorrow will be the consequences of that match and not the match which happened a year ago – even if the match a year ago will stay in the memories of the Atletico Madrid fans.”

Atletico’s former Burnley and Tottenham full-back Kieran Trippier insists they head to Anfield looking for the victory which will cut their hosts’ five-point lead in Group B. 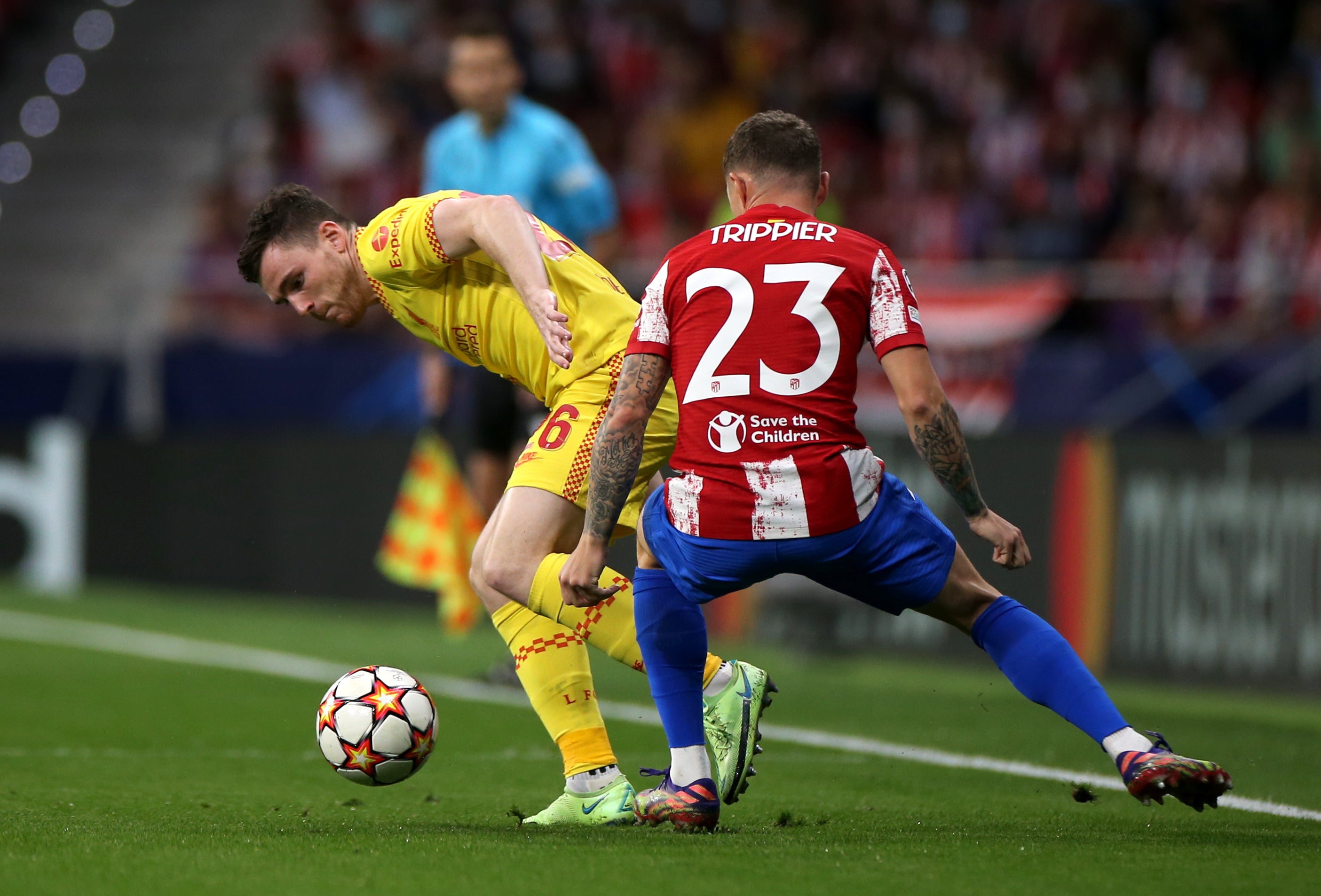 “We don’t go into any game to try to go for the draw. We want to win, we have that winning mentality at this club,” said the England international.

“We go there full of confidence, we have this fantastic squad.

“We showed character, the fight and desire last year to beat Liverpool and it will be no different.

“We go there tomorrow with the same winning mentality to get the three points.”