Liverpool star Diogo Jota has been left unimpressed with his FIFA 21 rating after EA Sports did not upgrade his stats this season.

The Portugal international has hit the ground running at Anfield following his £41million move from Wolves this summer, scoring seven goals in 11 games, including a hat-trick at Atalanta in the Champions League.

Jota was a stand-out performer in the Europa League last season and is miffed at the popular video game keeping his rating at 80. 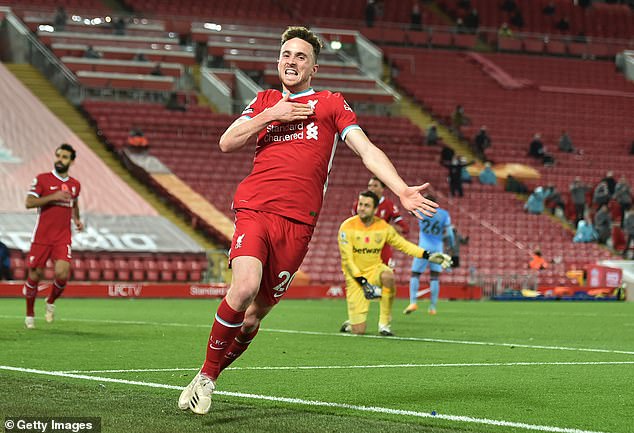 Jota’s £41m switch to Merseyside was seen by some as a big price for a back-up forward and the 23-year-old has claimed EA Sports were shocked when he joined the Reds.

‘I think they were taken by surprise when I went to Liverpool. They thought I was going to stay at Wolverhampton and then they didn’t even bother to upgrade my card,’ he told Einsteins TVI, as reported by O Jogo.

‘I kept the data from last season, and despite being one of the best scorers in the Europa League and everything, they didn’t even bother. 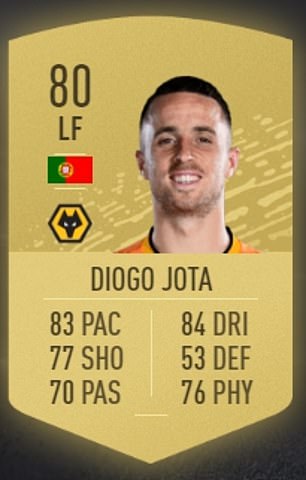 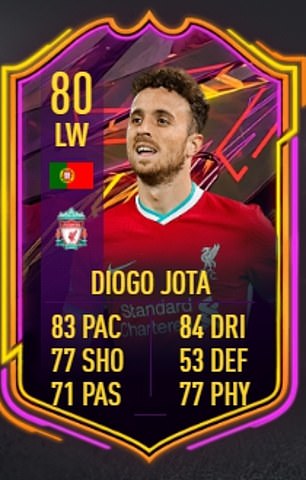 ‘As long as they send me my 99 card, which it seems every professional player is entitled to, I am happy.’

Jota scored 16 goals and provided six assists in the 2019-20 season but has already turned out to be a shrewd signing for Jurgen Klopp’s champions.

The forward has taken the pressure off Liverpool’s front three of Mohamed Salah, Roberto Firmino and Sadio Mane and last Sunday Klopp sent all four out from the start at Manchester City. 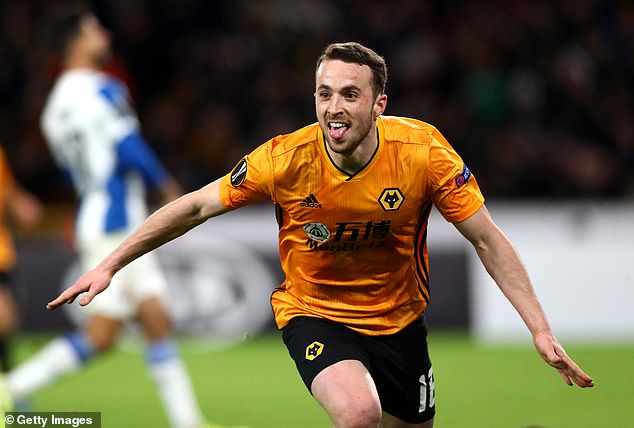 Abraham and Mount mock each other in hilarious facial hair battle