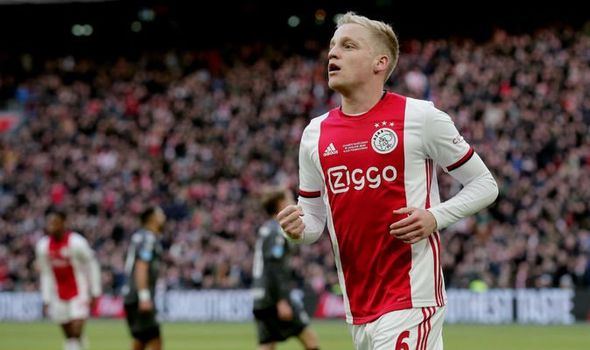 Donny van de Beek’s move to Manchester United is “almost done”, according to Netherlands boss Dwight Lodeweges. The Red Devils agreed a £40million deal for the Ajax midfielder on Sunday.

Van de Beek has already successfully undergone a medical ahead of his move to Old Trafford, which will make him the fourth most-expensive Dutch player ever.

The 23-year-old is understood to have agreed personal terms with United, who are currently ironing out the fine details of the deal.

Due to the swift developments over his future, van de Beek was left out of Ajax’s friendly with Frankfurt last Saturday, although he has been included in the Netherlands squad for their Nations League clashes with Poland and Italy.

Lodeweges never considered leaving van de Beek out of the squad, a decision he made due to his belief his move to Old Trafford is finalised. 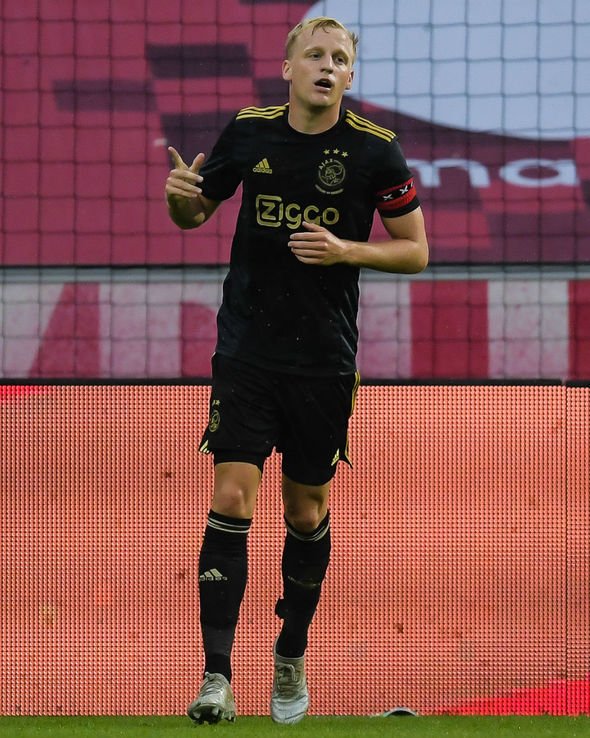 I think it is almost done

“No, I think it is almost done,” he told reporters when asked if contemplating omitting van de Beek from the squad. “I am certainly not going to send Donny home, because he would love to be here himself. That is also important.”

The signing of van de Beek is a major statement of intent from Red Devils boss Ole Gunnar Solskjaer, who will be hoping his troops will be able to improve on last season’s fourth-place finish.

Former United No.2 Steve McClaren is excited by the deal and believes it’ll send a message to the hot-and-cold Paul Pogba.

“Van de Beek is exactly like Frank Lampard in his heyday; he gets in the box, scores, assists, his goal record of one in three is fantastic. He’s an excellent player,” McClaren said during an appearance on talkSPORT.

“He’s a little bit similar to [Bruno] Fernandes but I think Fernandes has got that pass that, where Van de Beek is in the box Fernandes will pick him out – Manchester United didn’t have that before.

“The only one I probably fear for, and it’s a debate that’s gone for a while, is Paul Pogba.

“Because you can’t play Van de Beek as your controlling, holding midfield player, he’s got to be an ‘eight’ or a ‘ten’, and at the moment Pogba is the ‘eight’ and Fernandes is the ‘ten’.

“Manchester United hope to have lots of games with the Champions League, etc. and Ole knows you need a strong squad, so maybe, maybe he’s getting three of them so two can play in every game. 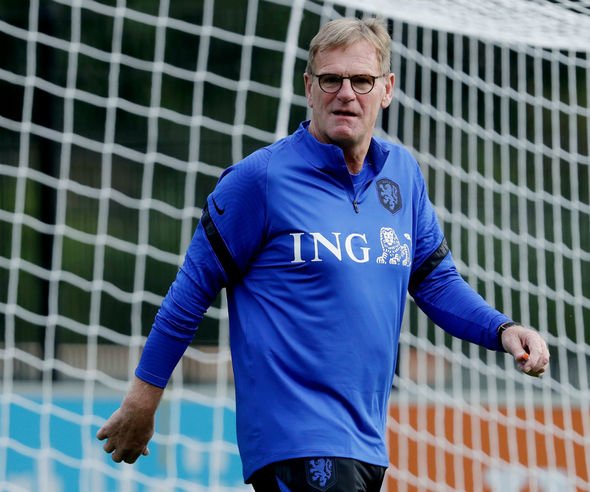 “But maybe because of Pogba’s inconsistencies and Ole wanting more consistency there, Ole is laying down the gauntlet for Pogba. At the moment no one is challenging Pogba in that position and Van de Beek will challenge him and challenge Fernandes.

“With Pogba, there is a great player in there but you’ve got find a way of getting it out of him in every game and across the whole 90 minutes.

“I do think Pogba has been a far better player since he’s come back. It seems that Fernandes has ignited his passion, he’s got someone he can play with and now Van de Beek is coming in too.

“You need competition at the top level. I think that’s what Van de Beek brings to Manchester.”