Manchester United are convinced they will seal a £40m transfer for Donny van de Beek after Ole Gunnar Solskjaer persuaded the Ajax midfielder that Old Trafford is the best destination for him. It means United will beat Real Madrid and Barcelona to the signing of the 23-year-old.

The Red Devils have yet to sign anyone this summer but the news of Van de Beek joining has been welcomed by fans.

Van de Beek had refused to play for Ajax against Eintracht Frankfurt and told Edwin van der Sar and Marc Overmars he expects to leave the club.

The star’s past comments seemed to indiciate he may be happy to stay at Ajax but that stance has clearly changed.

“It is very messy, in any case a very messy period in terms of transfers,” he told Fox Sports just a few weeks ago. 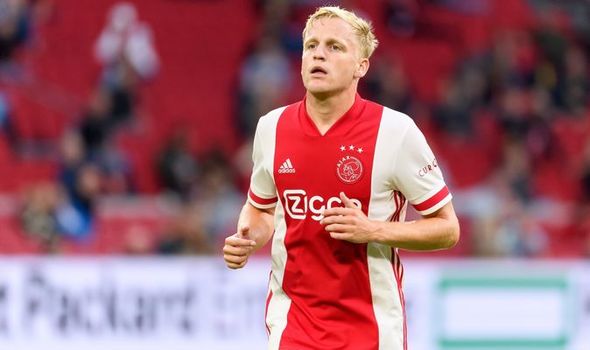 “Nothing is certain yet. I am still a player of Ajax and I am still proud to be there.

“If there had not been the coronavirus, it might have been different now. There is no clarity now and we have to wait and see how it turns out.

Asked in January about a move away from Ajax, Van de Beek said it was a ‘good sign’ he was being linked to United and Real Madrid.

Van de Beek explained: “You can look at it like that.

“It is not something that is in my mind right now, but what you say is true.

“I have said it before and I will say it again: I will remain at Ajax this season. And maybe next season as well.

“These reports about Real Madrid or Manchester United are a good sign, but it is not important now. I’ve said I will stay at Ajax and I will do so, 100 percent.” 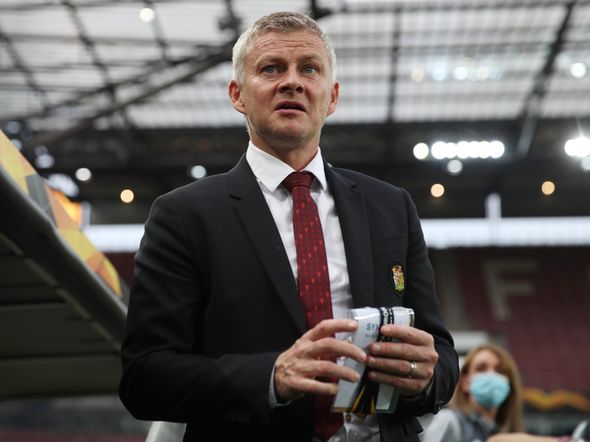 He would strengthen the midfielder for Solskjaer who has also been linked to Aston Villa ace Jack Grealish.

With Van de Beek closing in on a move though it would make a move for the Englishman unlikely.

United are also interested in Borussia Dortmund winger Jadon Sancho but negotiations with the Bundesliga club have stalled due to their asking price.

They insist they will not sell the England international for less than £100m.