Dublin’s Aviva Stadium ‘on standby to host English football clubs’ European fixtures next week’ if there is a sport blackout following the Queen’s death, with a decision due this morning

The Aviva Stadium in Dublin is being placed on standby to host European competition matches for English clubs next week.

Following the news of the death of Queen Elizabeth II, not football matches are expected to be played in Britain for up to ten days, as a mark of respect for the Queen’s passing.

Premier League clubs are thought to be anxious to fulfil matches in UEFA competitions to avoid a fixture backlog – even if it means moving them to a neutral venue. 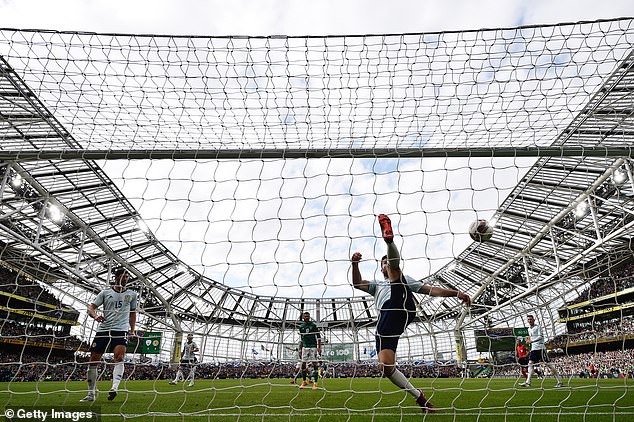 Next week’s fixtures see Liverpool hosting Ajax at Anfield on Tuesday, while Rangers are at home to Napoli on the same night in their Champions League Group games.

While on Thursday night Arsenal are in Europa League action at home, when they play host to PSV Eindhoven at the Emirates Stadium. 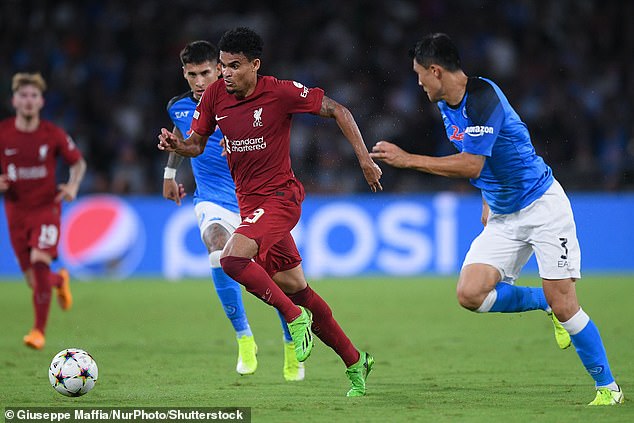 There does remain an unlikelihood of Rangers moving their game to Dublin – with Finn Park another possible option – but the Irish capital does remain the favourite of English clubs down to his easy proximity.

The UK government have said there is no obligation to cancel or postpone sporting fixtures this weekend following the death of the Queen. However, they have left the decision as to whether games go ahead up to the individual organisations.

The chair of the DCMS Select Committee Julian Knight has told talkSPORT that no sporting events should take place out of respect for Queen Elizabeth II – who passed away peacefully at Balmoral on Thursday afternoon.

WHICH SPORTING EVENTS HAVE BEEN AFFECTED FOLLOWING THE DEATH OF THE QUEEN?

The Government earlier advised that no sporting events should go ahead this weekend – or on the day of the Queen’s funeral – but have left the final decision up to the individual organisations.

Manchester United’s Europa League clash with Real Sociedad at Old Trafford and West Ham’s game against FCSB in the Europa Conference League at the London Stadium went ahead on Thursday evening with pre-match tributes.

The Northern Ireland Football League announced that Friday night’s matches between Cliftonville and Glentoran and Larne and Dungannon have been postponed.

The English Football League also confirmed that Friday night’s Championship game between Burnley and Norwich and the League Two match between Tranmere and Stockport had been postponed, with a decision on Saturday’s fixtures yet to be made.

The Irish FA has announced that all football in Northern Ireland scheduled for this weekend will not take place.

All of the Premier League 2 fixtures have been cancelled, as well as the Championship match between Burnley and Norwich.

Friday’s play between England and South Africa men at The Oval, along with all scheduled matches in the Rachael Heyhoe Flint Trophy, will not take place.

Northampton announced the postponement of their Premiership Rugby Cup clash against Saracens scheduled for Thursday evening.

The Scottish Rugby Union has postponed all domestic competitive games this weekend as a mark of respect and the women’s summer Test international between Scotland and Spain on Sunday is also off.

Play was suspended for the day at the BMW PGA Championship and there will be no play on Friday.

However, organisers later revealed they are planning to restart at Wentworth this weekend, awaiting guidance from Buckingham Palace.

Sunday’s Italian Grand Prix will go ahead as scheduled with a minute’s silence planned before practice on Friday and another expected before the race.

Racing at Southwell and Chelmsford on Thursday evening was abandoned. The British Horseracing Authority also announced the meetings scheduled for Friday – including the third day of the St Leger meeting at Doncaster – have also been cancelled.

The Great North Run, the world’s largest half-marathon, is set for Sunday. Organisers cancelled its 5k sister event on Friday, with a decision of the main race due on on Friday.

Friday’s Tour of Britain stage was promptly cancelled and later on Thursday evening the rest of the tour, which was set to finish on the Isle of Wight on Sunday, was called off entirely.

Solskjaer declares Pogba 'one of the best players in the world'