England Under-21 captain Eddie Nketiah has revealed his frustration over his lack of game time at Arsenal but insists he can rediscover his mojo at Euro 2021.

The Gunners striker will skipper the Young Lions for the tournament’s group stage – which starts against Switzerland in Koper on Thursday.

Nketiah has started just once for the Gunners this year – with his last in the Premier League coming in December.

He has played just one minute in the top flight since January and has not featured in Arsenal’s last eight Premier League squads but is ready to prove a point in Slovenia.

The 21-year-old, who has scored five goals for Mikel Arteta’s side this season, said: “It is a part of football but one that obviously you don’t want to be involved in.

“I believe in my ability so obviously I think I am capable of playing and helping the team so obviously it is frustrating not playing.

“You have to channel that in a good way, use your time wisely to work hard and prepare for when that opportunity arises.

“I am grateful to have this opportunity to play at this tournament, to express myself and have fun, get a smile on my face again and play football. I want to do everything I can to help the team do something special.

“I am away with England now so that is where my focus is but whenever you are playing – for club or country – as long as you are on the pitch you are happy.”

He top-scored with 13 goals in qualifying to become the team’s 16-goal record scorer, surpassing Alan Shearer and Francis Jeffers.

But boss Aidy Boothroyd admitted to having some fears over Nketiah’s match sharpness given his lack of action at the Emirates. 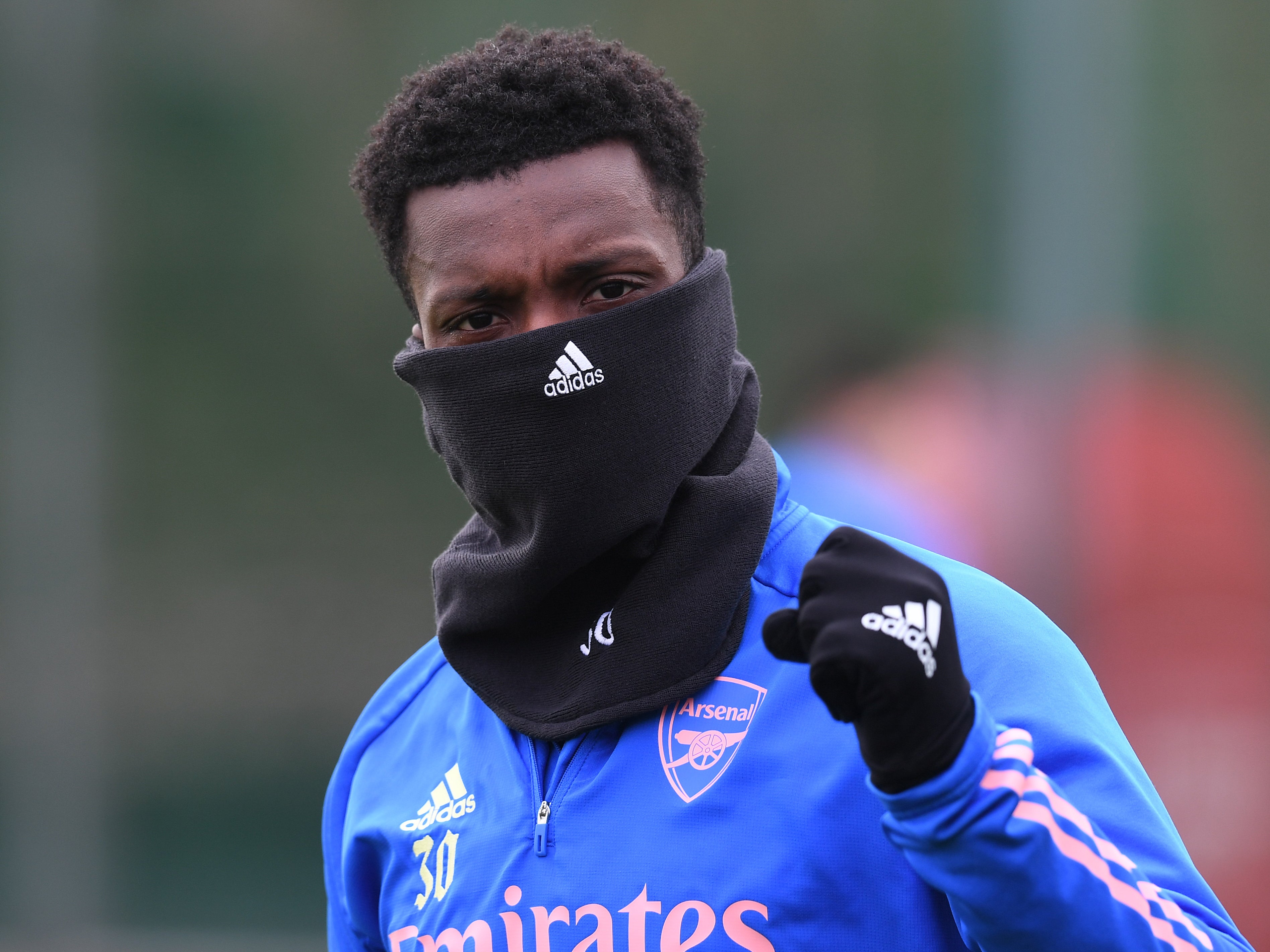 “I do have some concerns and we’ve had to make sure we look after him in terms of his training,” he said. “I’ve spoken to him a couple of times on a Saturday afternoon to see how he’s doing, because he’s not been in the squad and he’s in the gym.

“Physically, he’s tried to get in the best shape he possibly can for the tournament and he’s enjoying being back with us.

“He’s a key player for us, he’s a goal scorer and we will manage him and look after him through these games. He will start (on Thursday).”

The Young Lions also face Portugal on Sunday and Croatia next Wednesday in Group D in Slovenia, with the knock-out stage held in May and June amid the coronavirus pandemic and to avoid a clash with the rearranged senior Euros.

Boothroyd’s contract expires in the summer but he insisted he had not thought about his own future yet.

He said: “As far as I’m concerned it’s always going to be about the team. My personal situation, I haven’t even really thought about it, to be honest.

“I’m really enjoying what I’m doing. The players have come through, the results have been there over a longer period.

“I keep doing what I’m doing, hopefully have plenty of input into the team and the team does well. After that, we’ll have to see.”