Look out Wales, there could be a statue of Eddie Parris coming to a town near you soon.

It’s a campaign that began in 2008 and as Black History Month wraps up 12 years on, it seems the pioneer that Welsh football forgot is rapidly gaining attention.

“There is an understanding locally within government, the local community, local clubs and also on a national level that there needs to be recognition of Eddie,” says Watts.

“I posted his story online recently and a lot of young people seemed to be inspired by it. I’d like them to take ownership of this campaign. It does need pushing forward more and the Football Association of Wales is fully behind the project and want recognition of Eddie.

“There should be a plaque or a statue that the association feels worthy of that contribution. I think it merits some recognition and it deserves to happen now.”

Parris, born in Chepstow with his dad originating from Jamaica, played his one and only international against Northern Ireland in Belfast in 1931 – nearly half a century before England’s first black player was awarded an international cap.

It is that match in Belfast 89 years ago and what this black footballer probably endured during his first and last match for Wales (they lost 4-0) that inspires Watts’ sympathies and has fuelled his hunger to learn more. 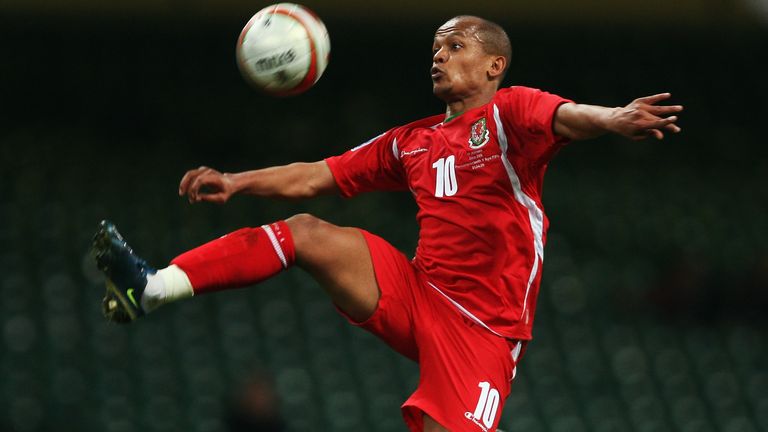 Watts, who represents Chepstow on Monmouthshire County Council, said: “It would have been a tremendous life-changing experience for Eddie and a big moment in time for Wales.

“To be called up in Belfast as the first Welsh black footballer, it was a huge decision understanding the political implications and it wouldn’t have been easy for Eddie.

“Playing on the left wing, there would have been nowhere to hide. You can imagine the night before him thinking about the game and then entering into the ‘gates of hell’ as a Welsh footballer. He wouldn’t have been well received.

“He would have had to get his head down and just played his game – whether he thrived on that who knows? We don’t know a lot about it. But being a black footballer with an international shirt on – it’s so inspiring when you think about it.

“My dad saw him play a few times and said he was a tricky player, an old-fashioned winger who could ‘see a pass’, that he could dribble and he was really quick.

“Nobody knows why he was only called up for Wales once – there are many theories – but he was the first black footballer who played for Wales. There would have been an unacceptable level of discrimination aimed at him and dad said he just got on with it and that really interests me.

“Only in the last 15 years people have started talking about that and taken some pride in it.

“We can’t recreate history of that match in Belfast but we can make sure he’s recognised and represented and be something the Welsh community can be proud of because he was a trailblazer.

“Discrimination has been in football for years. I just don’t understand it and everyone is sick of it.

“It’s just a hardcore minority and it’s just not acceptable in sport or the community. Hopefully everyone can get behind this campaign and support it.”

Keep across all our features, news stories and video content on Sky Sports News and our Sky Sports platforms. Check out all our Black History Month content here