Several Championship, League 1 and League 2 clubs face severe financial problems over the next six weeks, while football in this country is on hold because of the coronavirus crisis. There are fears that some clubs in particularly precarious situations could go to the wall, with League 1 and 2 sides in particular facing a £50m financial black hole with no gate money coming in.

That hole has been partially plugged by the £50m relief fund that the EFL announced earlier this week – but that will only be enough to tide clubs over for the next four weeks, and more drastic action is expected to be needed.

The EFL are currently in discussions with the government about further assistance, but players across the divisions have been told to expect wage cuts or deferrals if the lockdown goes on.

But on Friday night, League 1 side AFC Wimbledon commercial director Ivor Heller called for some of the money washing around at the top of the English game to be redistributed around some of the more vulnerable clubs.

Heller, whose club are hoping to move into their new £32 million stadium at the start of next season, said: “If every club in the Premier League put a couple of million in, that would trickle down like you can’t believe. 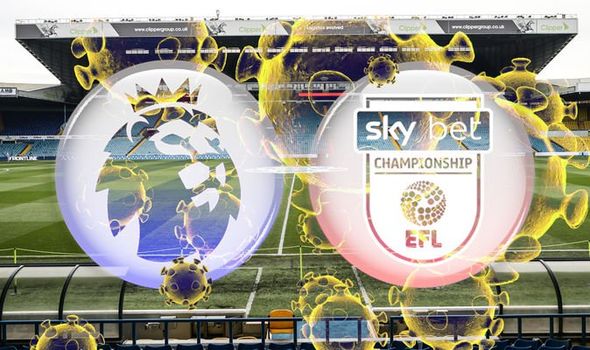 “If some of the players, with the massive contracts that they are on, realised that the fabric of their game is under threat.

“Because they are absolutely nothing with the root and branch and the grassroots side of football in this country.

The current Premier League TV rights deal is worth some £3.1 billion to the clubs in the elite, who paid out some £261 million to agents last year. The average annual wage of a player in the top flight is around £3m.

An EFL spokesman said: “We are in discussions with the government as to how we can help our clubs access some of the money made available for businesses by the chancellor.

“We are also talking to all our footballing partners – the Premier League, the FA and the PFA, about how we can get through this.”

Premier League and EFL Clubs this week vowed to finish the season, even if it means playing games behind closed doors.