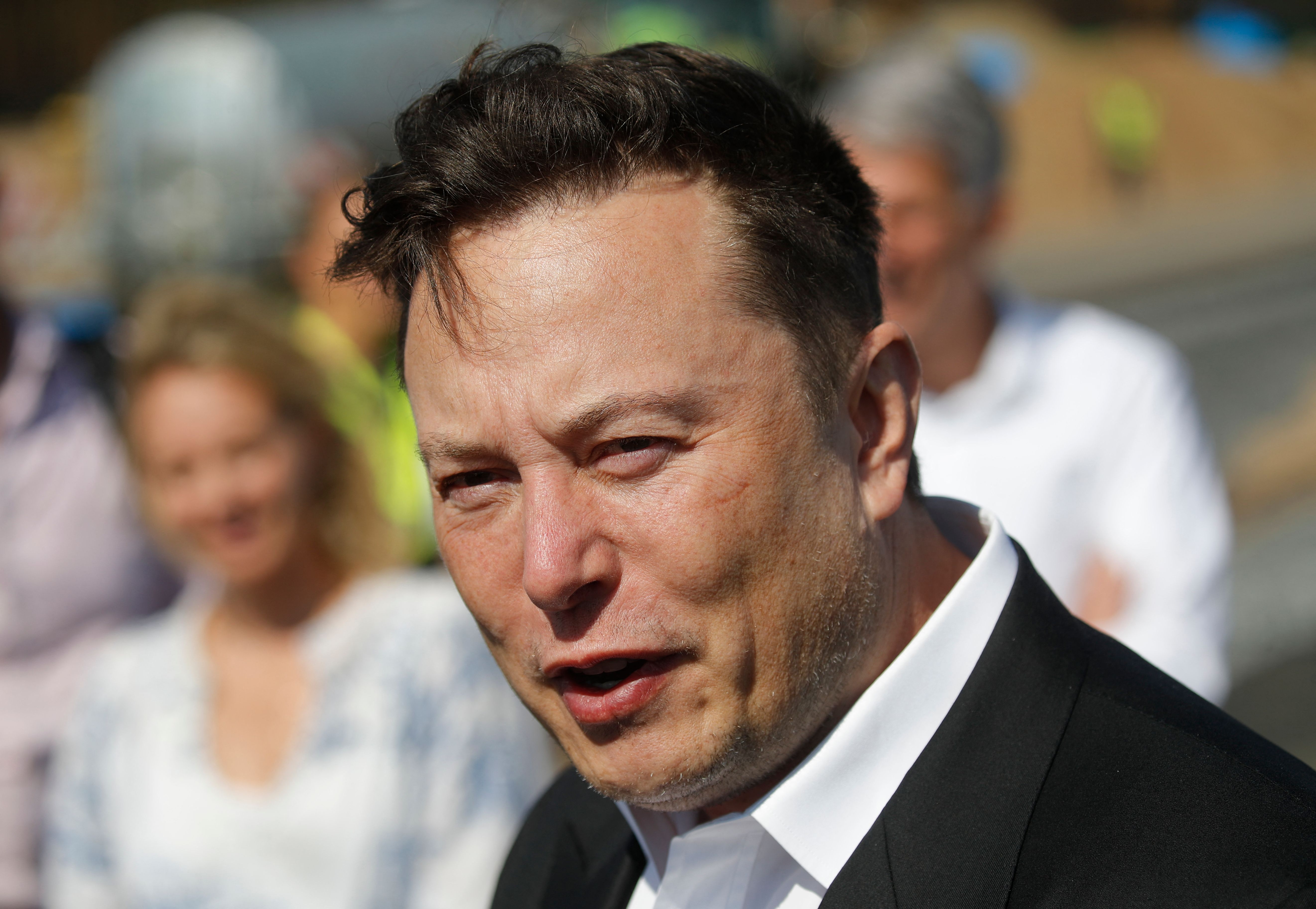 Billionaire Elon Musk has admitted a tweet about buying Manchester United was part of a ‘long-running joke.’

The Tesla founder made reference to United in a late-night tweet.

Musk wrote: ‘To be clear, I support the left half of the Republican Party and the right half of the Democratic Party!

His post quickly garnered a lot of attention, receiving more than 36,000 retweets and almost 200,000 likes within a couple of hours.

But, responding to Tesla owners asking if he was serious, Musk tweeted in reply: ‘No, this is a long-running joke on Twitter. I’m not buying any sports teams.’

In another tease to fans, he added: ‘Although, if it were any team, it would be Man U. They were my fav team as a kid.’

United have been owned by the Florida-based Glazer family since 2005.

Their ownership has regularly come under fire from fans due to the debt, dividends and mismanagement that followed their controversial takeover.

The Glazers have also overseen a sharp decline in performances and results in recent years.

The record 20-time champions of England have not won a Premier League title since Sir Alex Ferguson’s final season in charge in 2012-13 and no kind of silverware for five years.

Club legend Gary Neville has long been outspoken over the need for the Glazers to sell the club and made his point again after the shocking 4-0 defeat to Brentford last Saturday.

Speaking on Sky Sports he said: ‘When the business is failing and not performing, it’s the owners of that business – it’s really that simple.

‘It’s failing miserably. We’ve now got a decrepit, rotting stadium that is now second rate. It was the best stadium in the world 20 years ago.

‘We’ve got a football project where they haven’t got a clue, they’ve put bankers in charge of the football club not making football decisions. They’ve not appointed a sporting director.

‘We can look at the players all you like, but there are that many big things that need to be put right first.

‘They’ve got to show up and basically face the music – now is the time. You can’t keep hiding in Tampa thinking nothing is going to come back to you.’

He added on Monday Night Football: ‘I have to say, where I got to the point on Saturday [after the 4-0 loss at Brentford] on moving away from the players, when a school is underperforming, getting poor results regularly over a period of time, they get put in special measures by government.

‘The kids don’t get blamed. That’s where Manchester Untied are, it’s special measures and you can’t blame the kids anymore.’

Most successful academies in football ranked – including Man Utd and Chelsea

Winning gold, not developing young players, is the USWNT’s objective at Tokyo Olympics