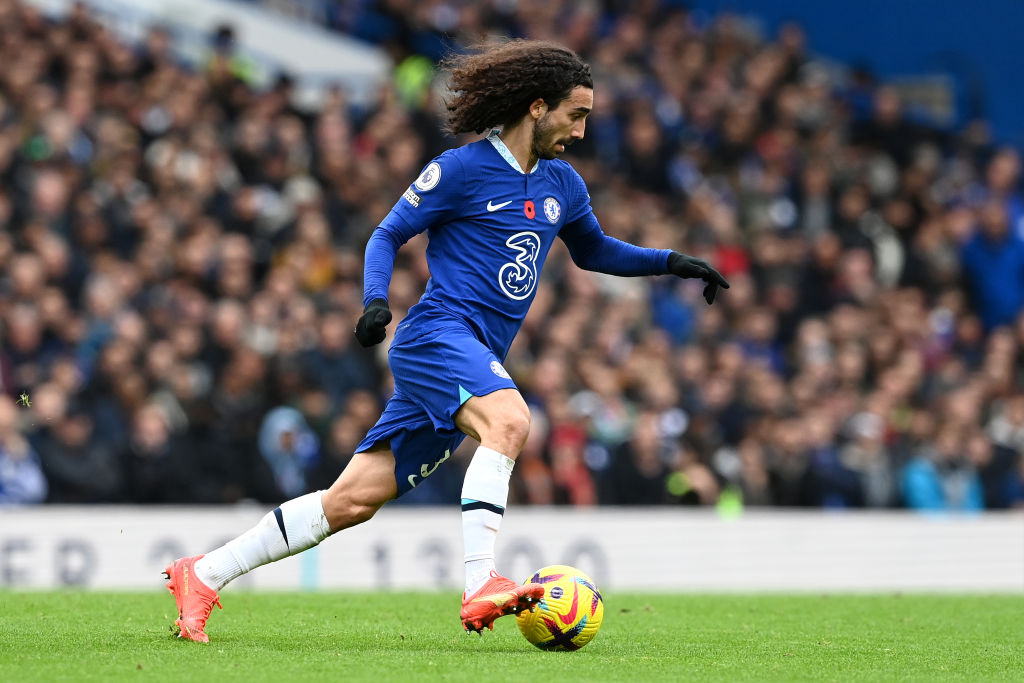 Alan Shearer was left aghast at Chelsea’s poor defending in their defeat to Arsenal on Sunday, singling out Marc Cucurella for scrutiny.

Arsenal beat Chelsea 1-0 at Stamford Bridge with Gabriel Magalhaes poking home from close range after Bukayo Saka’s corner deceived everyone and sailed through the box.

The goal rather summed up Chelsea’s afternoon, with Graham Potter’s side putting in an extremely sloppy performance both offensively and defensively against their London rivals who fully deserved the three points.

Analysing the game on Match of the Day 2, Shearer could simply not believe how bad the defending was for the corner that led to the goal and highlighted Cucurella’s role in it.

The left-back stood right at the centre of the goal-mouth, holding onto Granit Xhaka, and simply stood still as the goal passed him and fell on a plate to Gabriel.

‘So many players could have cleared it, whether it’s [Kai] Havertz or [Thiago] Silva. The keeper [Edouard Mendy] isn’t given a chance. It wasn’t even a great ball in.

Chelsea fail to deal with the corner and the ball falls to Gabriel who taps home into an empty net â½ï¸ pic.twitter.com/Sm2iNeRt3x

‘Look at Cucurella in there with Xhaka. He doesn’t move at all. He just holds Xhaka, there’s nothing at all from him!’

‘It says, “my man is not going to score”, but he’s taken that literally!’ fellow pundit Micah Richards added.

‘All he has to do is move an inch to the left and he can clear it! I don’t understand what he was thinking there at all.’

Shearer was equally damning of Chelsea’s attack, adding: ‘They could still be there now and they still wouldn’t have scored such was their lack of quality in the final third.

‘They got into one or two decent positions, not many, but when they did their final ball was terrible.’

‘Havertz takes way too many touches when he gets to the box, it was far too easy for Arsenal to get men back behind the ball. Today they had no chance of scoring.’