Jamie Carragher has slammed Manchester United’s “embarrassing” dealings in the transfer market as the struggling Premier League giants close in on the signing of Real Madrid star Casemiro. Erik ten Hag’s side are poised to complete a deal worth an initial £51million plus £8m in add-ons for the Brazil international in the coming days.

The 30-year-old is set to sign a four-year deal with the option of a fifth, with Casemiro earning a pay rise on his £200,000-a-week deal at the Santiago Bernabeu. He will become the fourth new signing under Ten Hag to join Christian Eriksen, Lisandro Martinez and Tyrell Malacia.

United moved for Casemiro after watching their move for Juventus star Adrien Rabiot collapse over personal terms. And for the majority of the transfer window, the Red Devils had been chasing an unrealistic deal for De Jong, who made clear his reluctance to leave Barcelona.

And Carragher believes that the difference in profile between the three players proves that United do not have a coherent strategy in place, accusing the club of not doing their research when making bids for players. 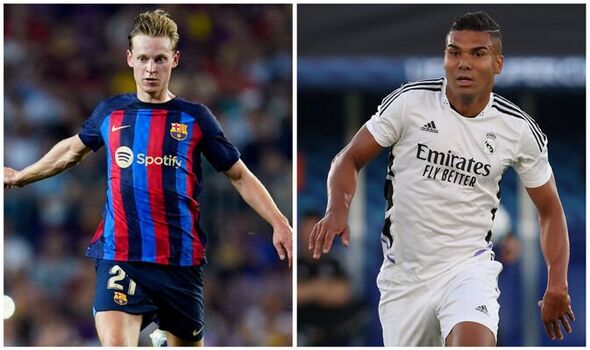 “As for United? Well, just look at the Adrien Rabiot deal, which collapsed this week due to the player’s wage demands” Carragher wrote in his Daily Telegraph column.

“If you are a club like United, you should not be pulling out of transfers — after agreeing a fee with the selling team — due to wage demands. Someone at the club should already know what sort of salary the player wants, long before it reaches this point.

“They have also spent weeks chasing Barcelona’s Frenkie de Jong, and now they are running around trying to sign Casemiro from Real Madrid. From De Jong, to Rabiot, to Casemiro. They are all different players with different styles and ages. What is the plan here? Where is the strategy? It is embarrassing.”

United have made a concerted effort to try and bring in reinforcements after their worst start to a league campaign in over 100 years, following humiliating defeats to Brighton and Brentford. A £68m bid for Ajax star Antony was rejected on Thursday, with more new players – such as Christian Pulisic and Sergino Dest – potentially arriving before the August 31 transfer deadline. 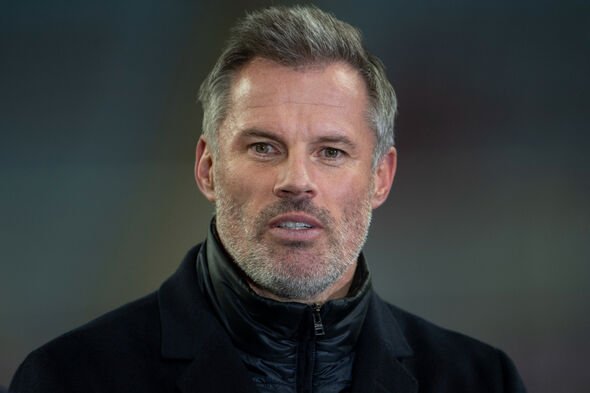 But Carragher, 44, says the Red Devils’ scattergun approach in the market only highlights the current issues at the club — and used Liverpool’s measured and patient strategy as an example for the club to follow.

“Erik ten Hag will want his own players, of course, and so far this summer United have backed him in the moves for Lisandro Martinez and Tyrell Malacia. I understand that, because it is hard to say no to a new manager when he has just been appointed,” he continued.

“But the desperation at this stage of the transfer window is another sign of the problems within the club. It is like watching [the TV show] Supermarket Sweep.

“Contrast United’s approach in the transfer market with the strategy at Liverpool, their opponents on Monday night. There are Liverpool fans screaming from the rooftops at the moment, saying they need to sign a new midfielder.

“But the club’s decision-makers have consistently shown they are prepared to wait for the right player and the right moment, despite the external pressure.”

He added: “When you look at United, it reminds you of a team in the bottom three of the Premier League, frantically trying to make a few late signings in the January transfer window. Top clubs should never be panicking like this.”