Emile Smith Rowe has labelled new Arsenal signing Gabriel Jesus ‘ridiculous’ and admits that he has been a little surprised at just how good the former Manchester City man is.

Jesus has been Arsenal’s marquee signing this summer as they look to push on after last season’s ultimately disappointing fifth place finish.

The Brazilian striker has been in fine form in pre-season with seven goals in five games and Smith Rowe says he has been just as impressive in training. 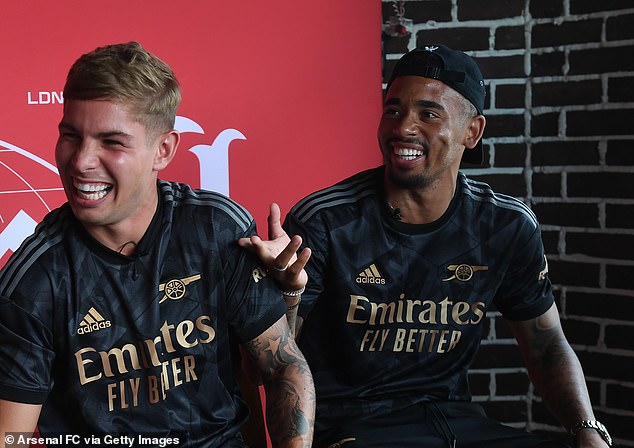 ‘But from the new players, I think Gabriel Jesus. I didn’t actually realise how sharp he was,’ he told FIVE.

‘Obviously playing against him it’s different, you see him watching Man City before. But when you actually see him in training.

‘I’ve been telling my friends, they’re always asking, and I’m like ‘he’s ridiculous’.

‘Everyone in the team is really excited for the new season and the fans should be as well I think.’ 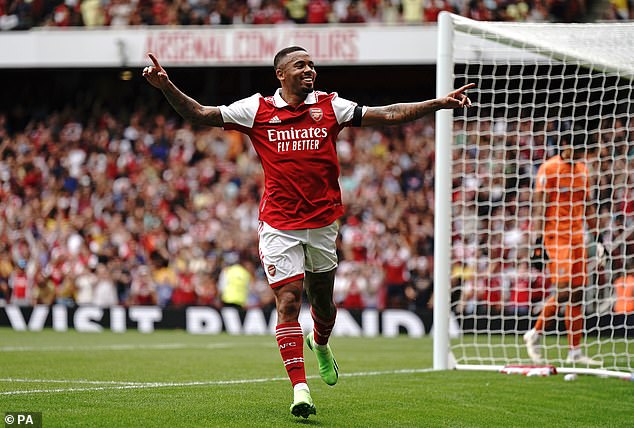