England boss Gareth Southgate calls on his players to make history on an emotionally-charged night at St George’s Park, with a mystery guest present to inspire them before they leave for Doha on Tuesday morning

England boss Gareth Southgate led an emotionally-charged night at St George’s Park on Monday, imploring his players to create history as they prepare to depart for Qatar on Tuesday morning.

The Football Association also welcomed a mystery special guest to the national football centre on Monday night on an inspirational evening as the players readied themselves to leave for the World Cup on Tuesday.

Southgate’s 26-man squad convened at St George’s Park on Monday amid a back drop of branded motivational messages emblazoned across the walls at the national football centre in Burton as they start their bid to win the World Cup. 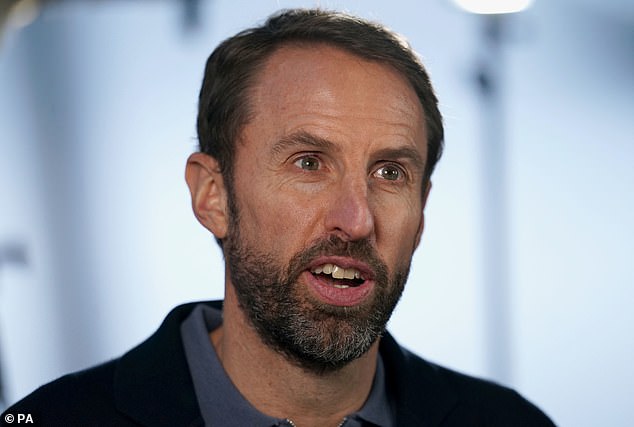 The Three Lions boss spoke to his players and staff during a welcome meeting on Monday during which he urged his team to seize the huge opportunity ahead of them.

Despite a poor recent run of results, England go to Qatar as one of the tournament favourites after finishing fourth in Russia four years ago and runners-up at the European Championships in 2021.

Southgate believes his team have a genuine chance of winning the country’s first trophy since 1966 and used the arrival of his squad to emotionally emphasis the point on Monday.

The national team boss encouraged his players to become the best England team in history following on from their recent tournament successes.

The England players started arriving at St George’s Park as early as 10am on Monday, with all of them understood to have reported for duty.

There had been some concern over whether Raheem Sterling and Callum Wilson, who have suffered with illness over the past few days, would be cleared to report but they arrived as normal on Monday morning.

Players spent much of the day undertaking promotional work with kit suppliers Nike while squad members underwent light recovery sessions on ahead of their departure for Doha at 10am on Tuesday.

They are scheduled to arrive at approximately 5pm local time in Qatar after which they will complete a light training session before serious preparations for the opening game against Iran get underway at their Al Wakrah training facility on Wednesday.

The FA also organised for a mystery guest to attend Monday’s festivities at St George’s Park, as Southgate looked to tap into his players psychologically.

During the Euros, singer Ed Sheeran visited England’s training centre to perform a special set for the players.

In September, BAFTA winning actor Michael Sheen performed a stirring speech for the Wales team ahead of their World Cup campaign.