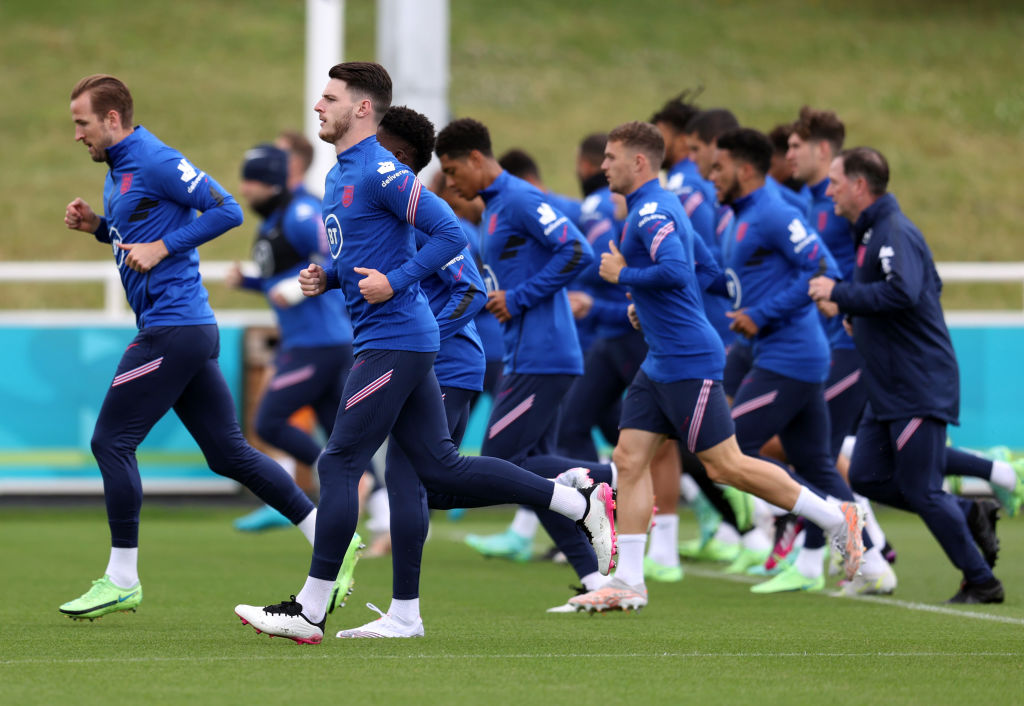 The England squad today suffered a fresh Covid scare after a journalist who had been reporting from the Three Lions’ training base tested positive for the virus ahead of their last-16 Euro 2020 clash with Germany.

According to the Daily Mail, the Sky Sports employee was asked to leave the premises along with a cameraman for the broadcaster.

A Sky Sports spokesperson said: ‘A reporter is isolating in a hotel and awaiting the result of a PCR test.

‘The camera operative tested negative and has left St George’s Park to self-isolate.’

England already have two players to self-isolating, with Mason Mount and Ben Chilwell forced to miss the midweek mach against Czech Republic after they came into contact with Scotland’s Billy Gilmour who tested positive for the virus last weekend.

The FA are seeking permission from Public Health England for Mount and Chilwell to take part in socially distanced training with their team-mates over the next few days before the meeting with Germany.

It’s hoped they can both be involved in the clash, despite being told to self-isolate until Monday.

If the Chelsea pair continue to return negative daily tests, the FA are confident of them being allowed to train with the group.

While none of Gilmour’s Scotland team-mates had to self-isolate, a 25-minute tunnel chat with Mount and Chilwell was deemed as the point of action that was necessary of action.

Any Euro 2020 player who tests positive must self-isolate for 10 days, while government guidelines state close contacts must isolate from the date of their last contact and the next 10 full days.

If the pair are not allowed out of isolation early, England boss Gareth Southgate warned it would be hard for them to be in the starting line-up.

‘We think the quarantine ends midnight of match day,’ England manager Southgate said on BBC Radio 5 Live after England’s win over the Czechs.

‘What we don’t know is how much training they can do and what might be possible. They can obviously train individually and we think there might be a period where they can train in groups distanced, but I’m not sure they can join in the whole group.

‘So the reality is it’s really complicated for them to start in the game next week.’