There’s just a week to go until Euro 2020 kicks off and with England, Wales and Scotland among the 24 teams going for glory, the pre-tournament excitement is at boiling point.

Old rivalries will be renewed all across the continent between the opening game on June 11 and the final at Wembley a month later.

England will hope to be in that showpiece game at their national stadium but, according to one famous Welshman, the Three Lions are already 1-0 down. 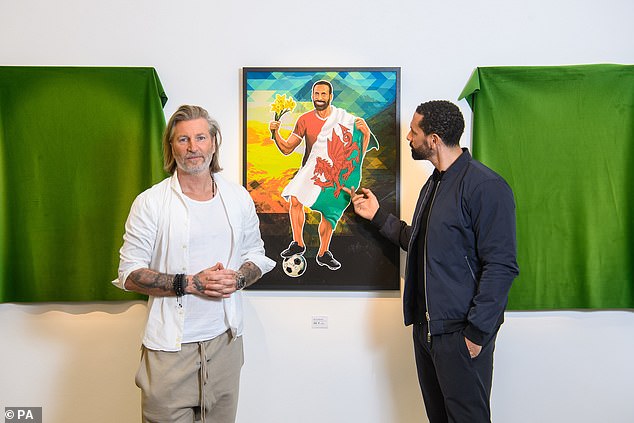 For this year’s tournament, official Euro 2020 partner Heineken want to celebrate rivalries and they recruited former Wales star Robbie Savage to get one over England legend Rio Ferdinand.

The pair were once rivals on the pitch and since hanging up their boots have become friends and sparring partners in the TV studio as pundits.

In this hilarious prank, former England defender Ferdinand thinks he’s being inducted into the Heineken Hall of Fame with a special painting commissioned to mark the occasion.

Ferdinand is no stranger to pranking people himself – just look up Rio’s World Cup Wind-Ups or take a peek at his YouTube – so Savage was keen to turn the tables.

First Ferdinand has to pose for the portrait, unaware Savage is watching off camera.

The punchline is delivered when the ‘artist’ unveils the painting of Ferdinand, who has 81 England caps to his name, draped in a Wales flag and holding a bunch of daffodils. 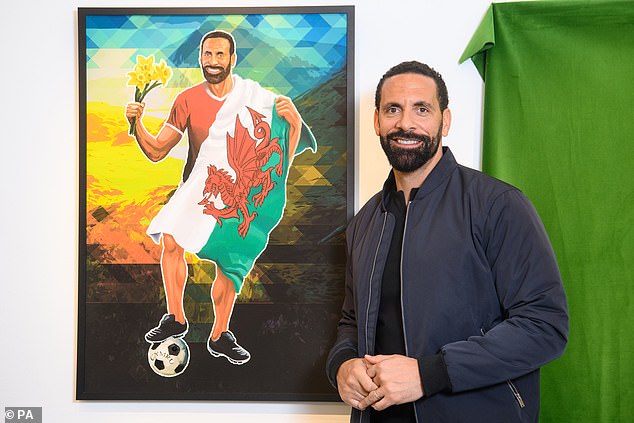 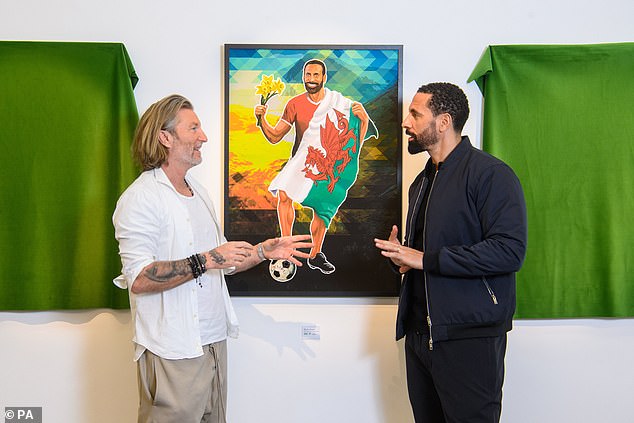 The awkward silence is broken by an embarrassed Ferdinand laughing and eventually stating: ‘Oh man…. That flag and me don’t mix. We’re not the same. I’m not from Wales, I’m English.’

‘I’m pretty sure it said Wales on the internet,’ says the ‘vlogger’.

Ferdinand replies: ‘Don’t worry about it, it’s fine but you’re going to have to take it back,’ before Savage bursts in and puts the Englishman out of his misery.

When the dust had settled, Ferdinand said: ‘I was genuinely honoured to be selected for the Hall of Fame and I had no idea what to expect.

‘My first reaction of the painting is that the artist had done me a favour on the calves, but then I saw the Welsh shirt and flag, the daffodils. I played 81 times for England and I’m not going to be exhibited as a rival Welshman! 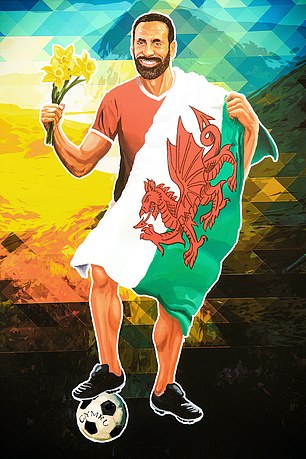 ‘After the initial shock, I was starting to get properly wound up, but then my mate Robbie appeared with a huge grin on his face and I realised that I’d properly been stitched up and he was just stoking the rivalry ahead of the tournament starting.

‘Ever since Wales reached the semi-finals of in 2016 and England didn’t, I’ve had to put up with Savage’s jokes and banter about Welsh superiority. Now, I’ve got to think of a way to get him back.’

Savage said: ‘Rio is a proud Englishman and legendary prankster in his own right, so the planning to get one over on him had to be meticulous. Watching his ego inflate and then come crashing back down to the earth clutching a bunch of daffs and wearing the Welsh flag was brilliant. 1-0 to Wales.’

England beat Wales in the group stage of Euro 2016 but it was the Dragons who had the last laugh, finishing first in the section after wins over Slovakia and Russia and making it all the way to the last four where they lost to eventual winners Portugal after goals from Cristiano Ronaldo and Nani – two former team-mates of Ferdinand.

For England, a last-16 shock defeat by Iceland signalled the end of Roy Hodgson’s spell as manager.

Savage wasn’t about to let Ferdinand forget, saying: ‘Wales finished ahead of England in the last one, topped the group, remember that?’ 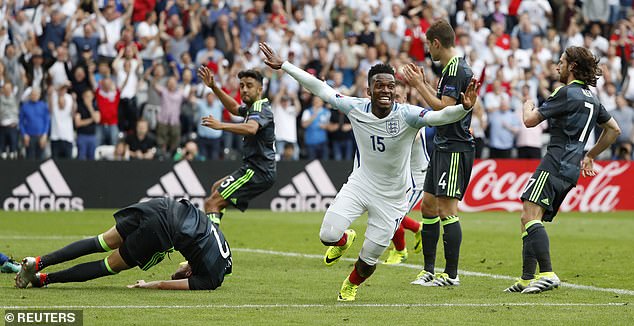 England defeated Wales to win 2-1 at Euro 2016 thanks to a late Daniel Sturridge goal, but it was Wales who went on to reach the semi-finals

England get their campaign under way on June 13 at Wembley against Croatia – the team who knocked them out of the 2018 World Cup at the semi-final stage – before the mouth-watering clash with Auld Enemy Scotland five days later. Gareth Southgate’s men finish Group D against the Czech Republic on June 22.

Wales are first in action against Switzerland on June 12 in Baku before facing Turkey there four days later then Group A favourites Italy in Rome on Sunday June 20.

Michael Gillane, UK Marketing Director for Heineken said: ‘UEFA Euro 2020 is finally here! As an official partner, we know that for fans, friendly rivalry is a key part of the tournament and we wanted to illustrate that football isn’t as half as fun without your rivals.’